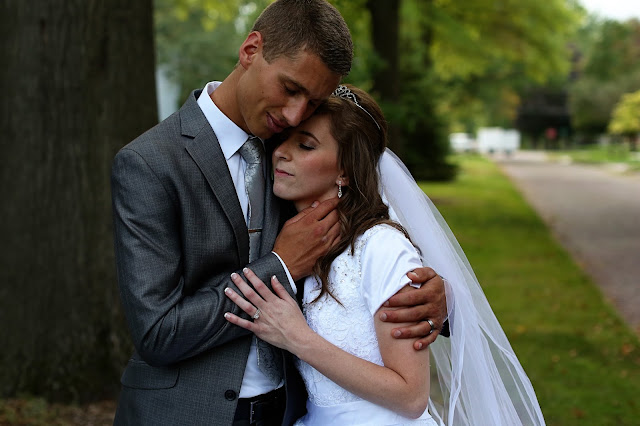 Hello friends! This is Mitchell + Bryn, guest-posting on the blog today! We are thrilled to share a bit of our love story with you readers, and a few pictures! The pictures are in random order and were all taken at some point along the way during our relationship.
Enjoy our story! 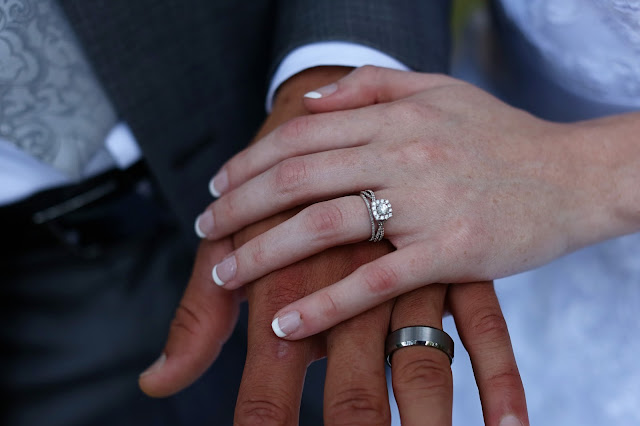 Bryn-
"I grew up just outside of Richland, Iowa my whole life, in a family of six - Dad, Mom, two older brothers, one younger brother, and myself. I attended (and still attend!) Marion Avenue Baptist Church, which is where I eventually met Mitchell. After graduating from Golden State Baptist College in California in May 2016 with a degree in Music Education, I returned home to jump back in and help, both at home and at church, in any way I could. Even before I came home, I heard rumors that Mitchell might be interested in me, but I ignored them and plunged into normal Iowa life." 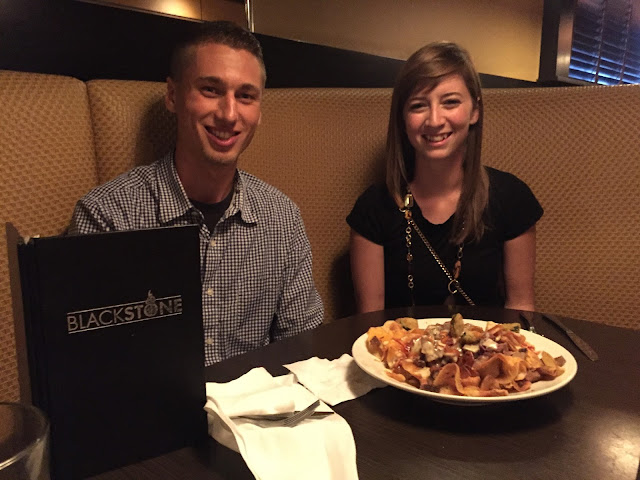 {first date}
Mitchell-
"I grew up near Kalona, Iowa, my whole life, in a family of twelve - Dad, Mom, five brothers, four sisters, and myself. Working on the farm, traveling the country in a 45 foot bus, singing, preaching, and playing instruments kept me busy. When my family began attending Marion Avenue in 2012, I fell in love with the church, and thoroughly enjoyed being there any time we were not on the road. Unbeknownst to me, several people began praying about Bryn + I!" 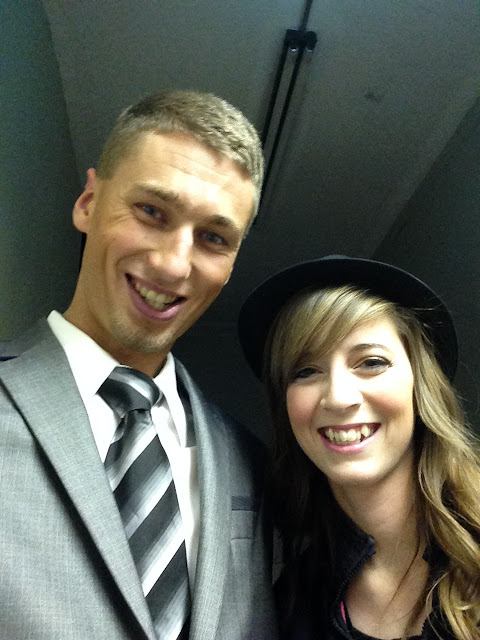 {hanging out together during the 2016 Live Animal Christmas Play}
Mitchell-
"Over the four years from 2012-2016, Bryn and I would see each other across the auditorium at church, at church events, and at different times her family came over to our home. In February 2016, I began praying about starting a relationship with Bryn. Once Bryn returned home from college in May, she and Allison began to build a friendship. Although Allison was genuinely interested in becoming friends with Bryn, she was also my detective agent. =) She also hired Bryn to work for the DCI around that time. Allison + Bryn's friendship provided a natural chance for my family (and me!) to get to know Bryn as well!" 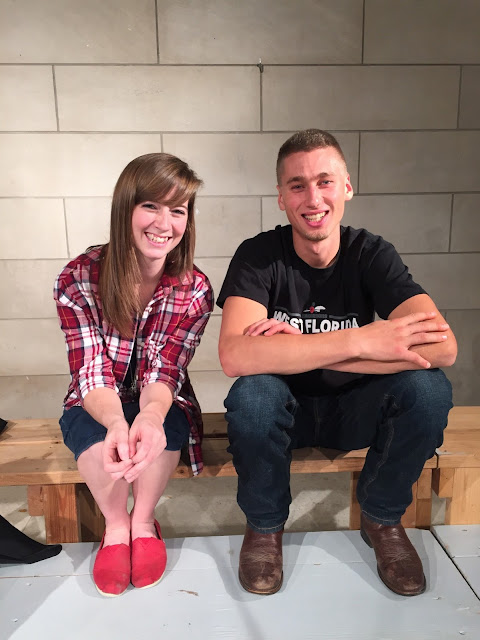 {chatting after an evening music rehearsal}
Bryn-
"Around June 1st, Mitchell (secretly!) met with my parents to ask them for permission to pursue me. They gave him the green light- all that was left was for him to convince me! But he decided to wait to speak directly to me about it until after he and his family's summer singing tour. Mitchell and I did stay in touch, however, through a group text messaging stream with some friends + siblings from our singles class. 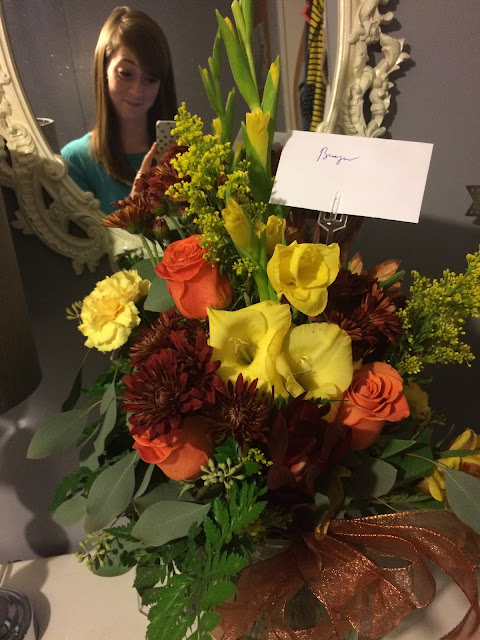 {Bryn's first flowers from Mitchell}
Mitchell-
"Finally, after what seemed like a LONG summer to me, we arrived home on August 1st, 2016. Five days later, I drove up to the hotel where Bryn was working, and asked for a first date. Out of curiosity, she said "yes". (not knowing then that it would be the start of a lifelong relationship) 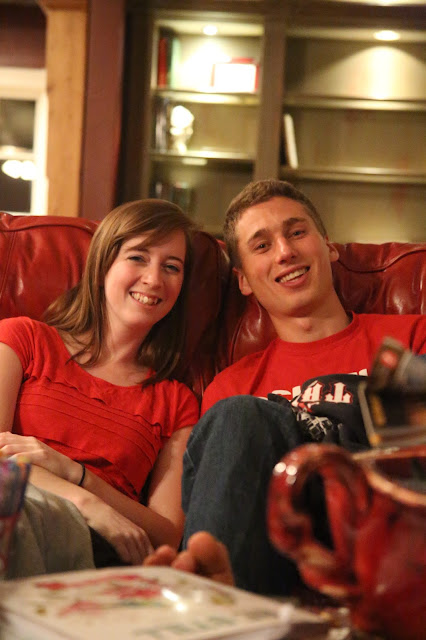 {we loved spending time together at a family vacation in Texas!}
Bryn-
"The period between our first date and our engagement consisted of about 9 1/2 months of texting, FaceTime, dates, letters, sitting together in church, and lots of long chats. Like any relationship, there were high points and low points. It wasn't always blissful, but the difficulties we did have drew us closer to each other and to the Lord, and we were very blessed for everything we learned over this time!" 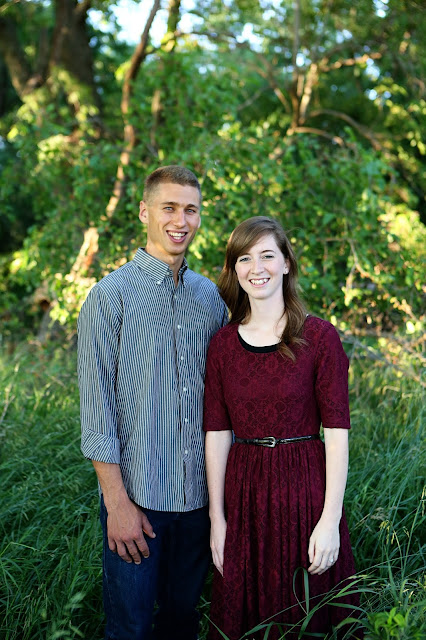 {one of our engagement pictures}
Mitchell-
"Fast-forward to May 31st, 2017. It was TIME!! I asked Bryn for a picnic date, a week in advance, and she of course said yes! The day arrived - my sisters and I began to prepare the surprise proposal. Just as we were about to set everything up outside, I received a text from Bryn, saying that she was not feeling well and wouldn't be able to make it. Although disappointed (disappointed is an understatement!!!!!), I told her that it was completely fine, and maybe we could do it tomorrow instead. Little did she know that she had just cancelled her own engagement!" 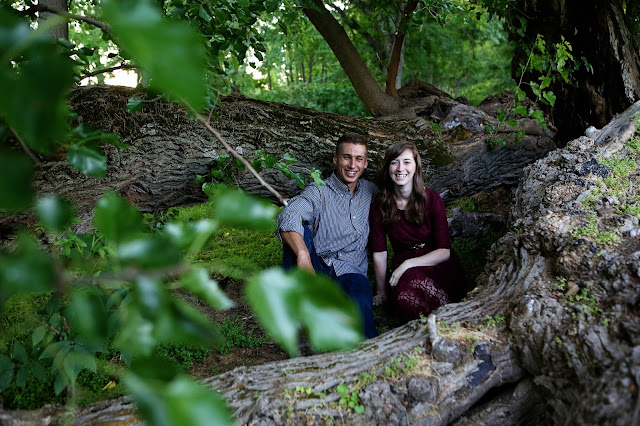 {another shot from our engagement shoot}
Mitchell-
"The next day, Bryn and I had rescheduled our date, and planned a "simple" picnic for that evening. Because of the location I had chosen for the picnic, I told one of my sisters to text and ask Bryn to stop and pick up something for her, which would cause her to arrive from a different direction, to ensure that she didn't see the romantic picnic table I had set. She was clueless - she blithely said "sure!", picked up the completely unnecessary item, and arrived at the farm. After spending a few minutes with my family inside, Bryn and I headed out to the field to "eat". At this point, there had been a few little things that made her wonder if maybe this was "the night", but nothing too significant. As we walked out to the picnic location, I attempted conversation, but finally gave it up, thinking that nothing I said was making sense anyways! Bryn didn't seem to notice, and continued walking." 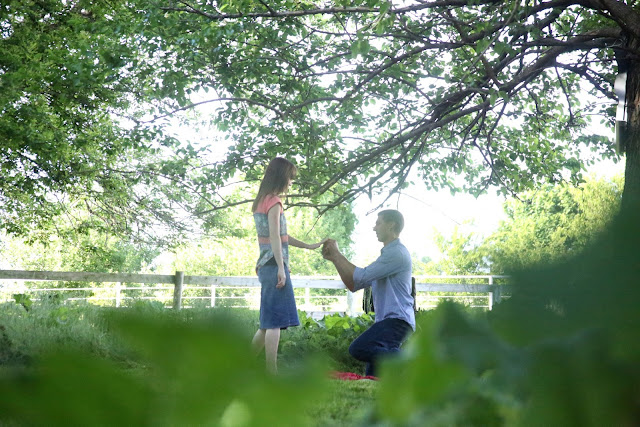 {Mitchell-proposing || Bryn-accepting!}
Bryn-
"As we rounded the corner of the barn, I was surprised to see a table set in the midst of a section mowed in the shape of a heart, complete with roses, hand lettered signs, and fancy table settings. Mitchell stopped on the red blanket, surrounded by rose petals, that had been set to mark the perfect picture setting, and asked me to stand in a certain spot. (All for the pictures + video, taken by two very capable and well hidden sisters!) By this time, it was setting in for me - "He's going to propose!" After a sweet first declaration of love, Mitchell said the magic words, "Will you marry me?" My reply was simple: "Absolutely!!" 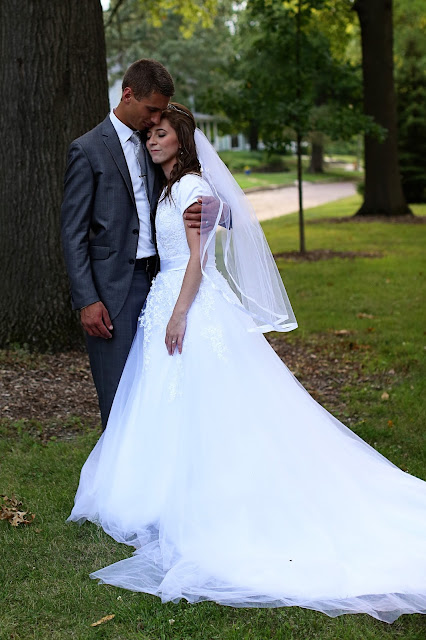 Mitchell + Bryn-
"Ninety-three long days later, we were married at the Marion Avenue Baptist Church. We are now thoroughly enjoying married life, and planning to live a long happily ever after serving Jesus together." 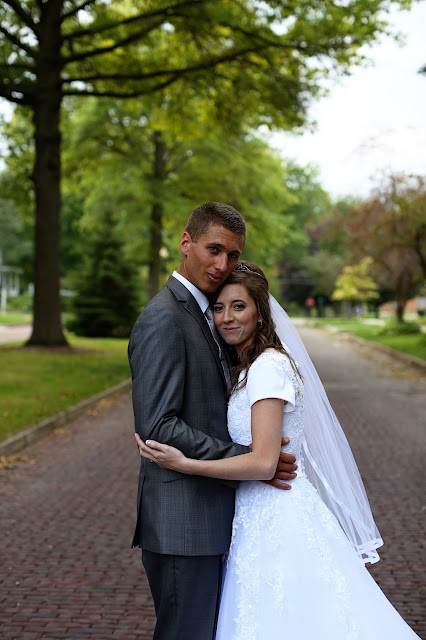 "He hath made everything beautiful in His time..."
-Ecclesiastes 3:11
Posted by Bontrager Family Singers at 7:00 AM