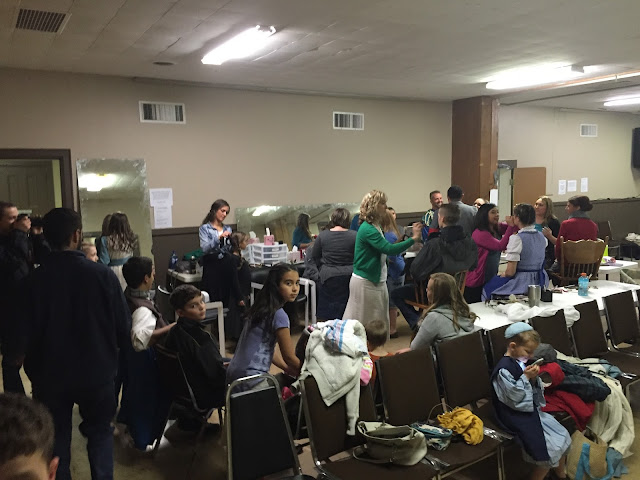 Yesterday I posted about the Live Animal Christmas Play.
Today I am giving y'all a little peak into the "behind the scenes" of what REALLY happens to make the show happen.

First off, we had the spacious, quiet, and luxurious loud, crowded fellowship hall room (above) in which hair and makeup happened. We had the greatest crew of ladies you could imagine who did hair and makeup for ALL of the actors. Allison worked on this crew again this year, doing several of the Swiss ladies' hairstyles. 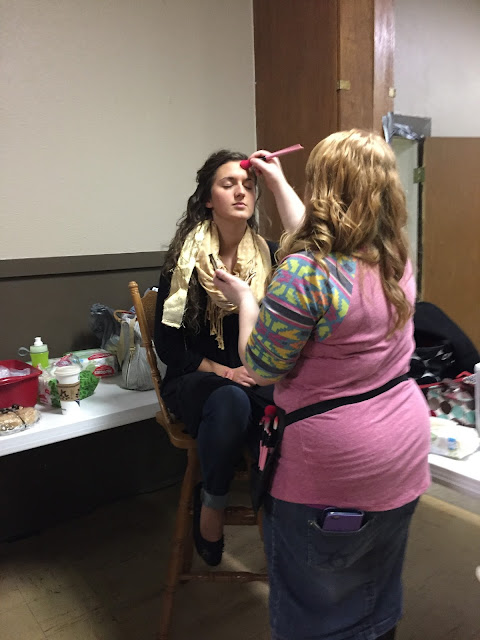 Allison, getting her makeup done pre-show. 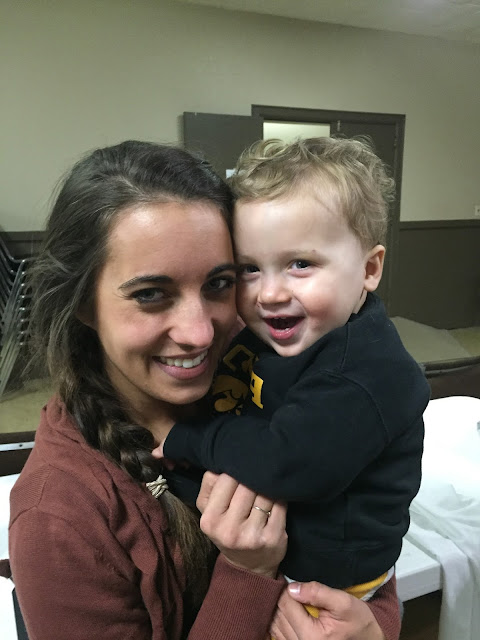 Sitting in line waiting for my makeup...which meant fun times hanging out with this cutie pie! 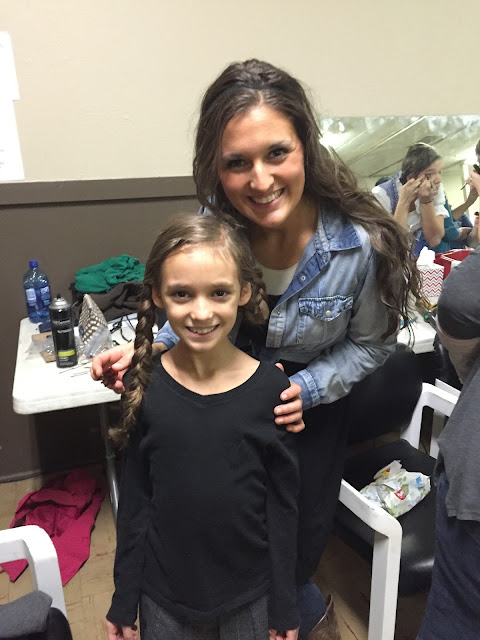 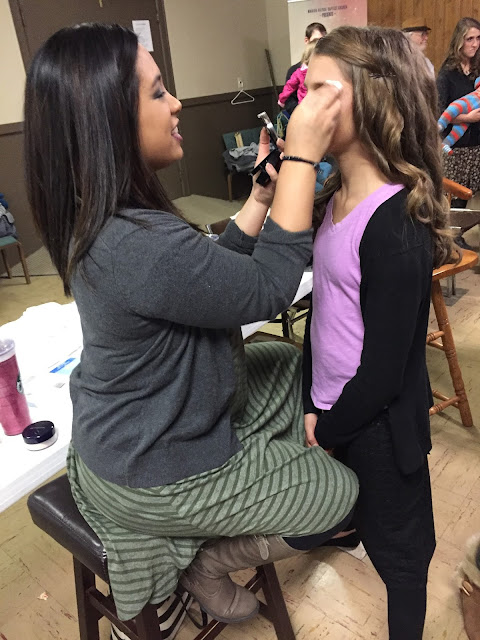 Liz getting her makeup done. 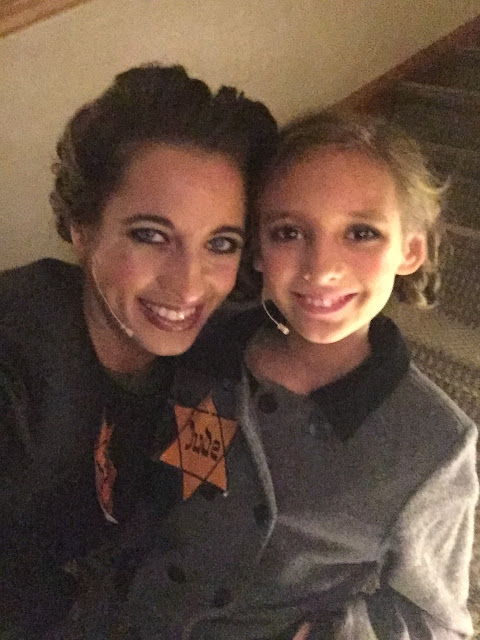 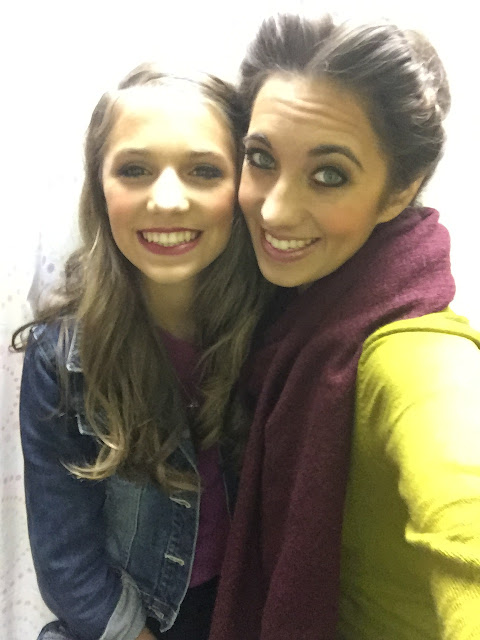 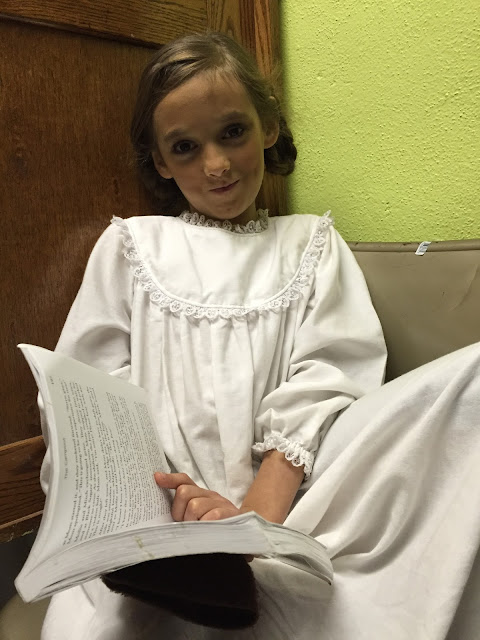 Little Miss Rebecca, clad in her sweet white nightgown, reading in her dressing room, in between her scenes. 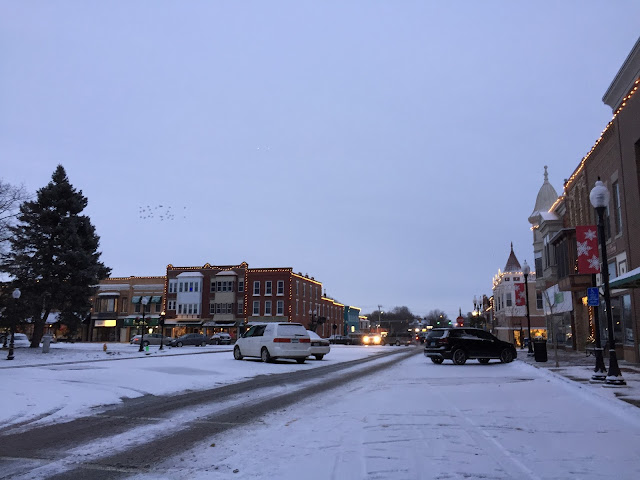 Allison and I took a few minutes in between shows to run across the square to grab some coffee and a little R+R time. 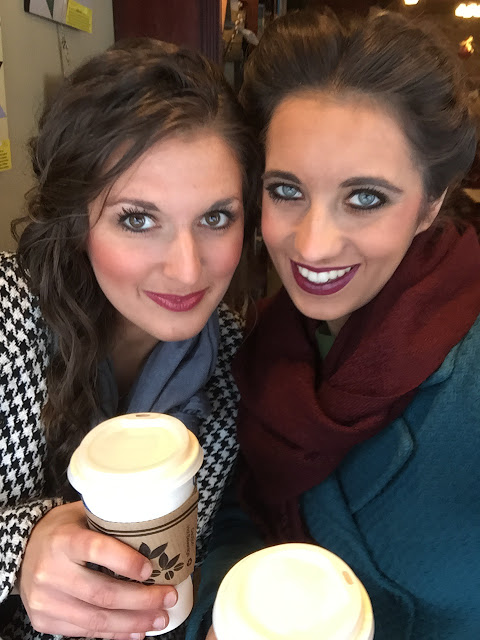 Costumes, theatre makeup, and all. =) 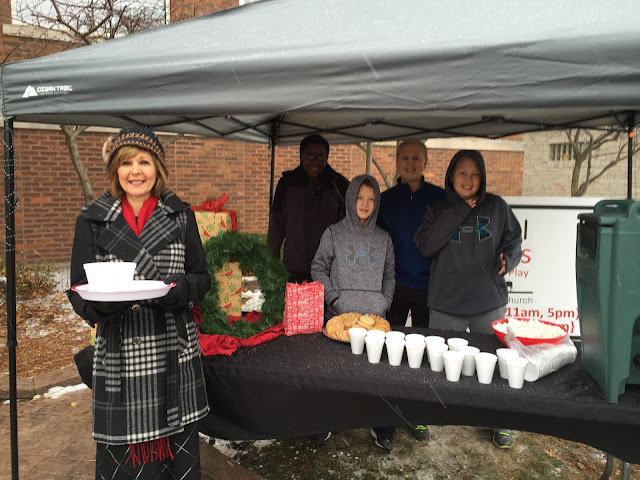 Out front, our mother coordinated the hospitality crews that served cookies, candy canes, and hot chocolate to everyone who attended the shows. Sadly in the hustle of everything, it appears that we didn't get a single picture of mother dear! Shown above is part of her team. 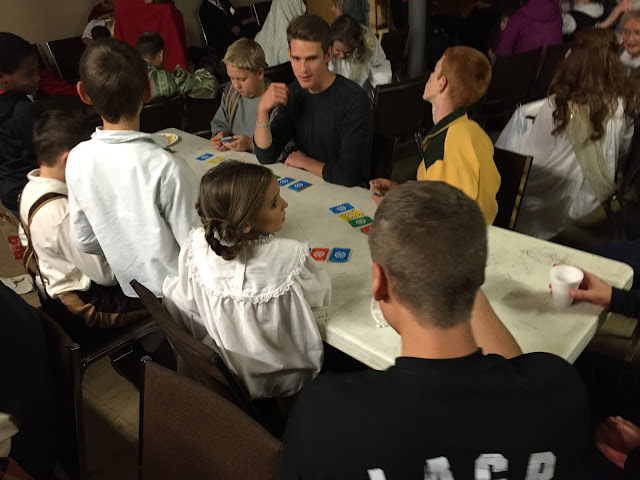 Chess and Dutch Blitz games ruled + reigned in the "grand hall" downstairs, where actors congregated in-between their scenes. It was a bit of a challenge to keep an eye on the TV screen (to keep track of when one's part was approaching) and be fully engaged in a rousing Dutch Blitz game, at the same time. There may or may not be a number of close calls every year. Those in the audience will never know how close certain people come to missing their scene due to a very different type of activity that they were participating in just seconds before. =) 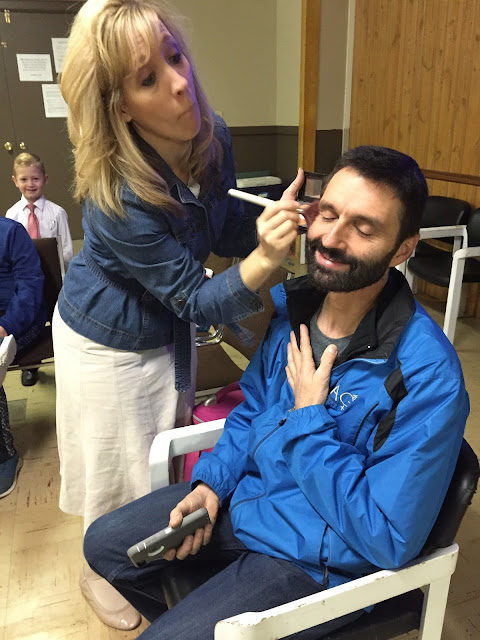 Even the guys had to wear makeup. Bless their sometimes reluctant hearts. =) 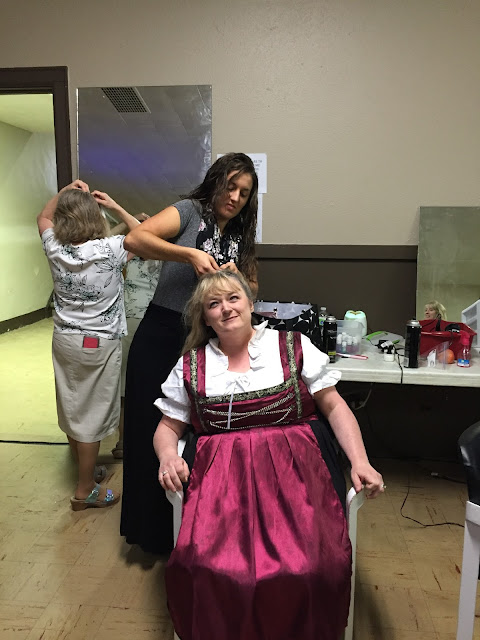 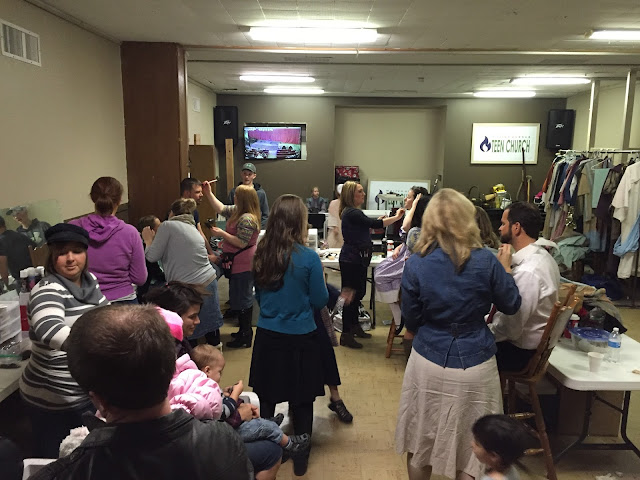 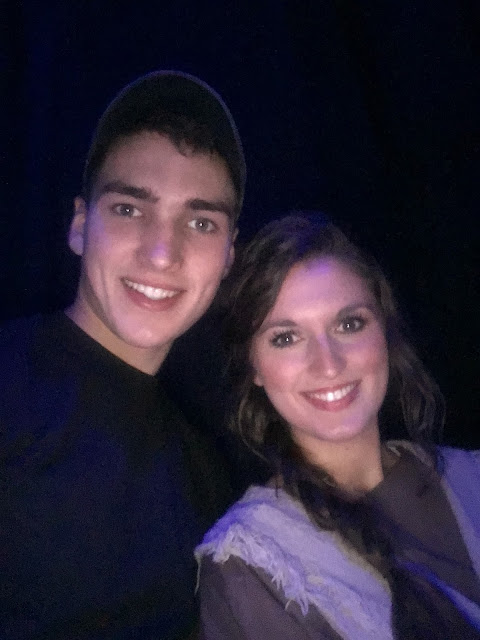 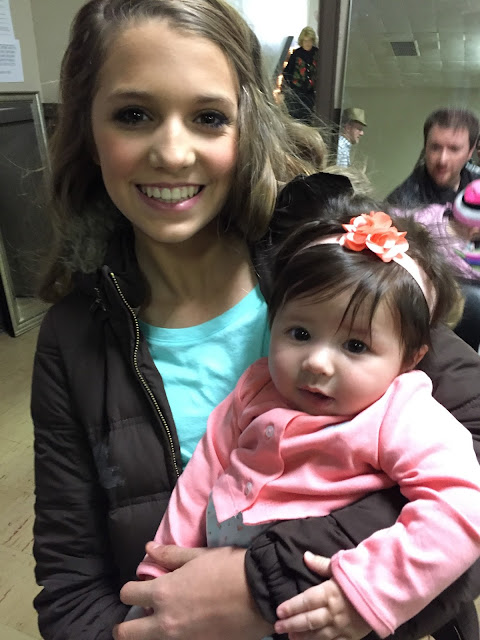 Liz hanging out with one of the babies whose mama was on the makeup crew. 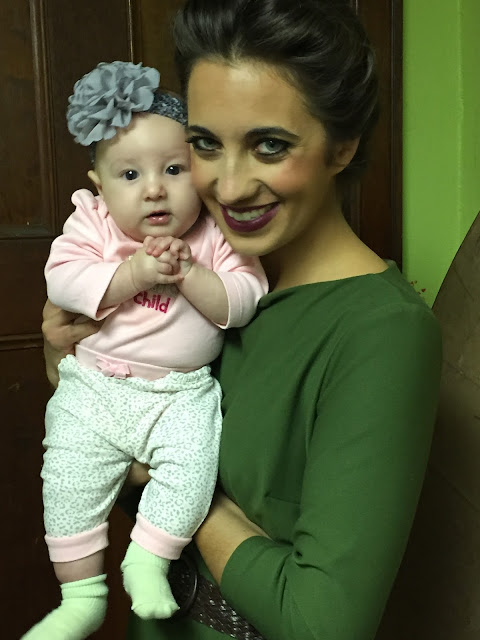 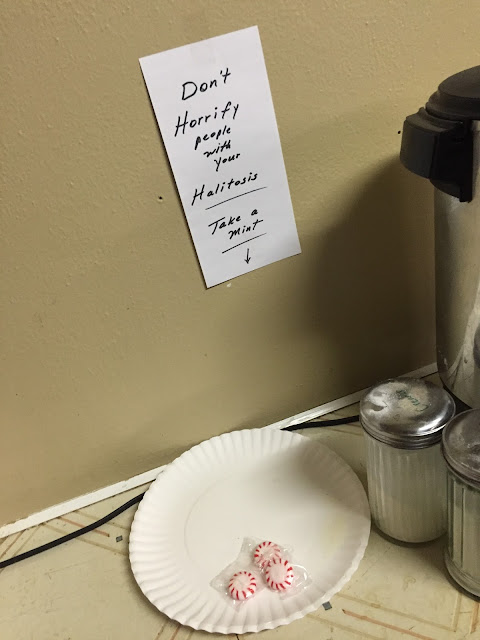 Some of the words used for the 2016 script were just the greatest, and were greatly enjoyed and reused through other aspects of the play process. =) 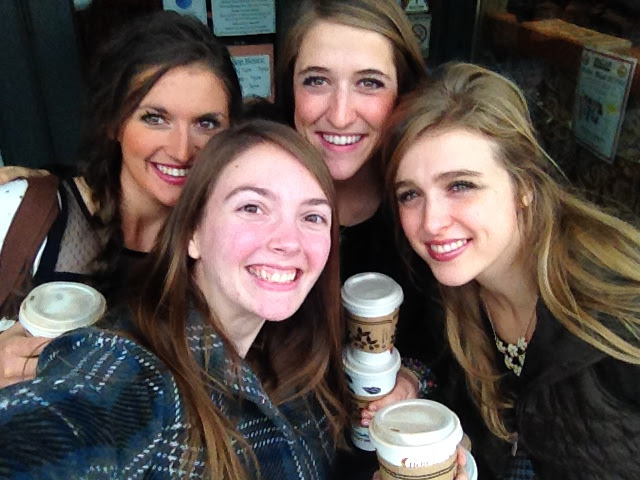 Another coffee break with some of the sweetest gals around! 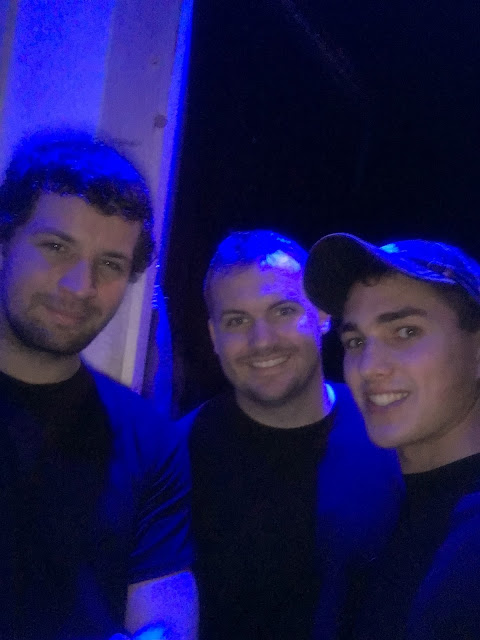 Carson with two of the other backstage guys. The backstage crew did set changes, set building, and all sorts of other things. Basically everything behind that curtain was them. =) 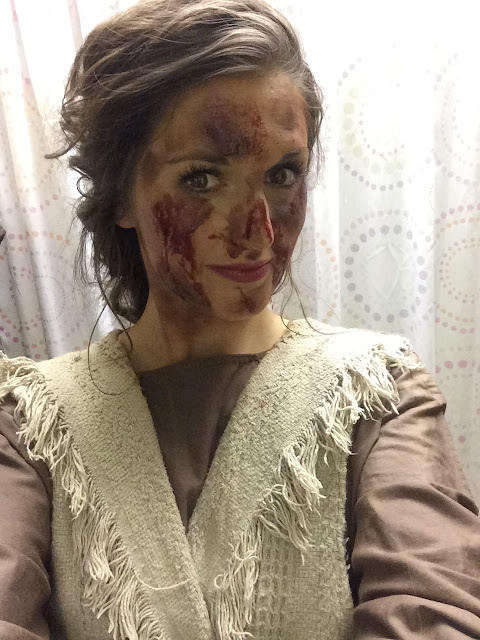 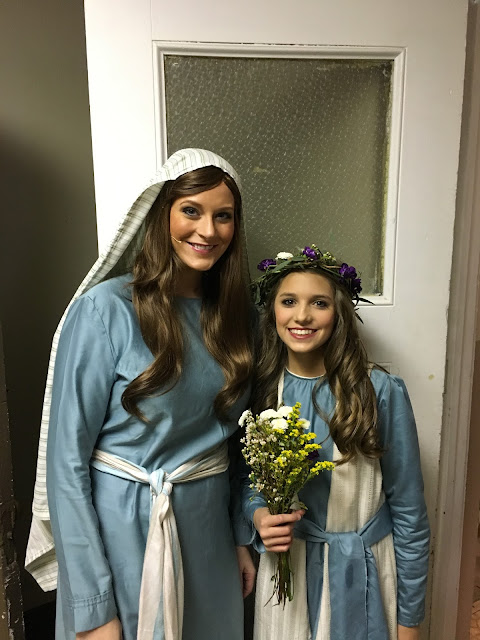 Liz, the little Mary, and our friend Katie, the adult Mary. 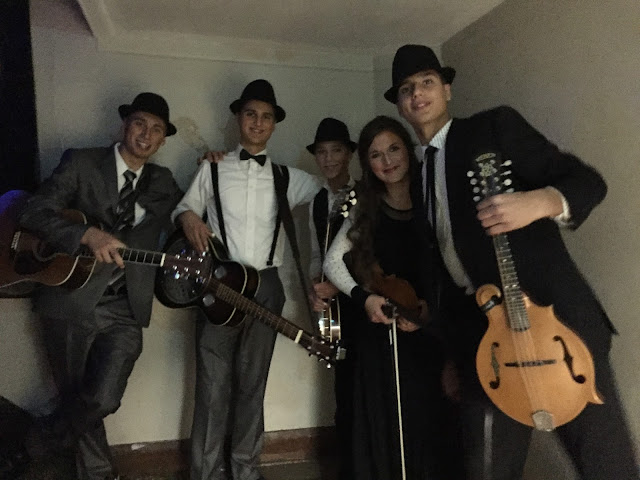 Waiting to go on stage...Sunday's classy lookin' offertory crew---preparing to bring the audiences their toe-tapping renditions of classic Christmas carols.

These are a few of the pictures collected from our phones. The behind the scenes action seems to often be the least documented, and there are many great moments that aren't shown here, like the classrooms that were turned into stalls for the animals, and the crews of people that cleaned up in-between shows, and that cleaned up from the animals, and the group of ladies that ran the kitchen and served the actors, etc. I could go on and on.
But this post gives a little taste of what really went down, behind the scenes. =)

And that's a wrap on the 2016 Live Animal Christmas Play posts!
Posted by Bontrager Family Singers at 8:29 PM