September was a good, good month.
Lots of work + company the first half and then lots of traveling the second half. But lots of good family times in there, mixed in with everything!
This post is the HOME segment of September... 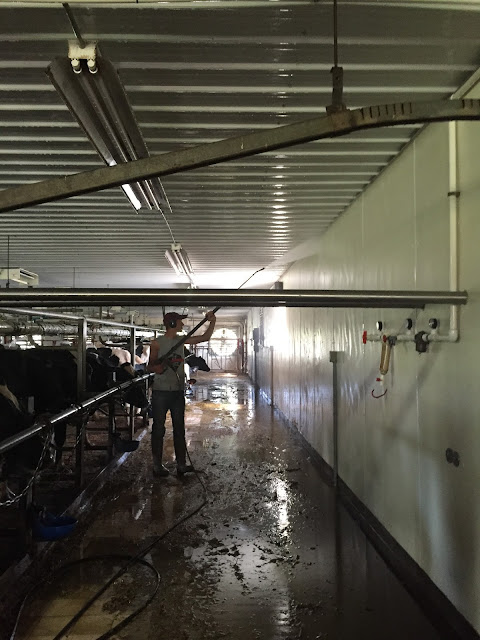 Mitch power-washed the inside of the barn. This happens once a year and it is a big project! 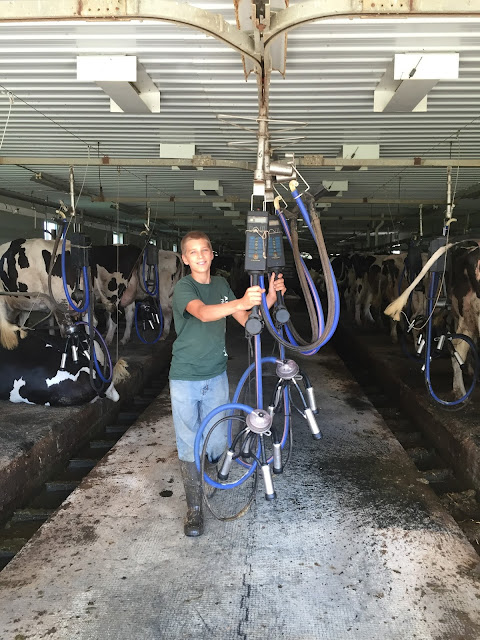 As always, the cows get milked twice a day, rain or shine. Here we have a smiling Taylor on the evening crew! 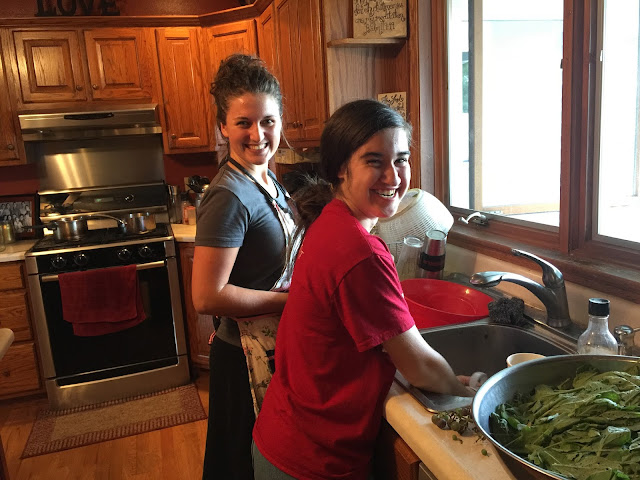 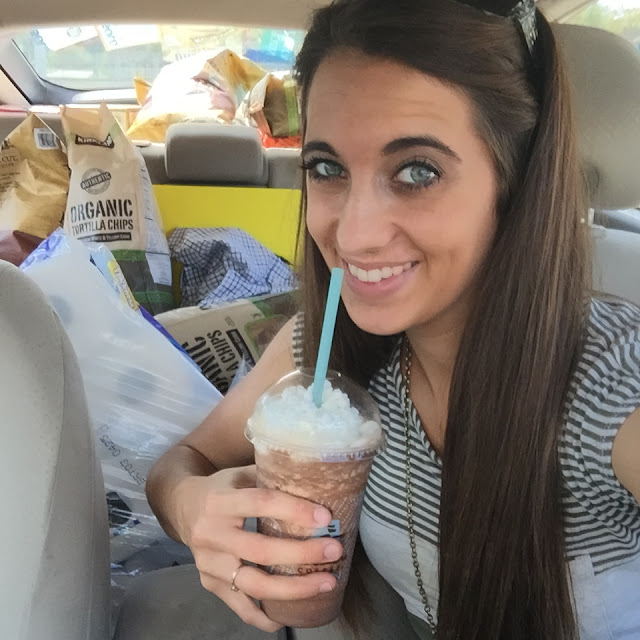 Graduations + company + big events call for lots and lots of groceries and supplies! And then a good amount of coffee to give necessary energy! =) 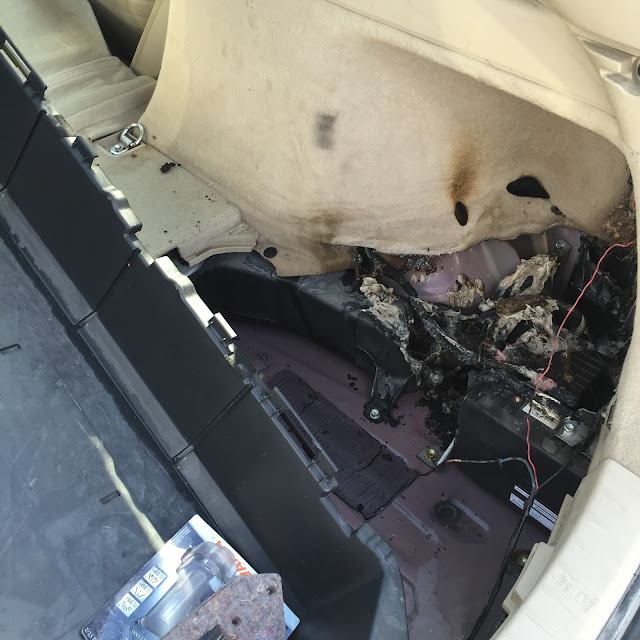 There's always something going on and always fires to put out with the Bontragers!  Sometimes literally! So thankful to the Lord for safety and protection the day the back of the car caught on fire. Long story short-no one was hurt, and all the groceries + supplies were saved! =) 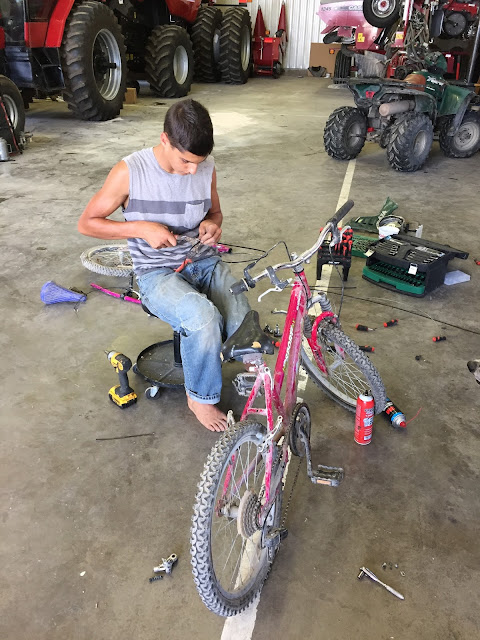 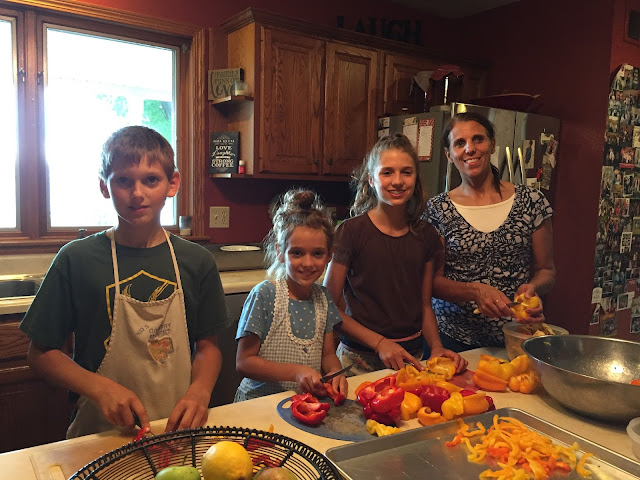 Freezing and canning garden produce with this cheerful team! 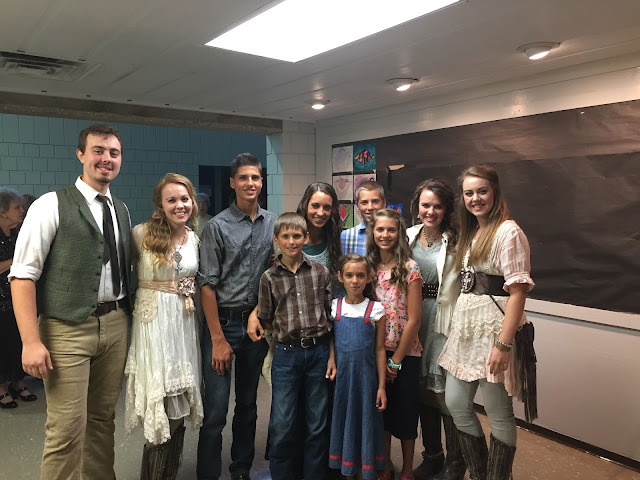 Once in a blue moon we actually get bands that come play in Iowa, and and miracle of all miracles we were actually HOME for one such occasion! We had never heard this band live before but had been wanting to for quite some time. I took the five youngest and we made a sibling date out of it. Two hour drive with great conversation + audio material, picnic supper before the concert, and late-night Frosties for the drive home. We loved sitting in the audience for once and getting to listen/observe/cheer from the other end. =) 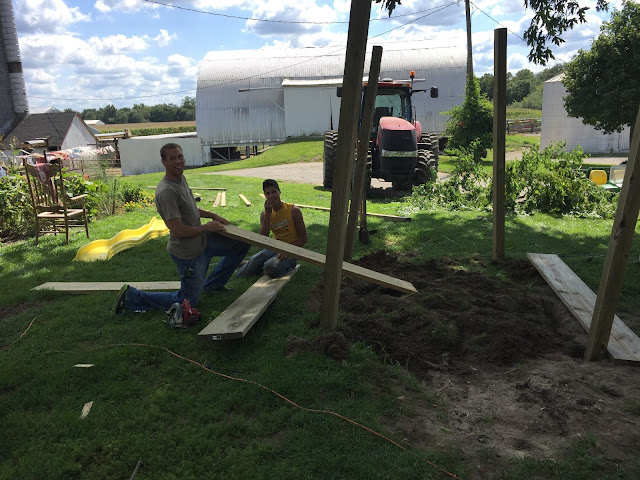 As promised in this post, we have a few pictures of the tree-house building saga. True to Bontrager form, the actual building portion of the project was left until the ninth hour. As in...literally the last board was put in place half an hour before Denver's graduation party. Denver did a great job planning/designing/organizing the project, and we're very thankful for the brothers + friends who pitched in and worked so hard to help him and get it finished in time.
Here are a few pictures. 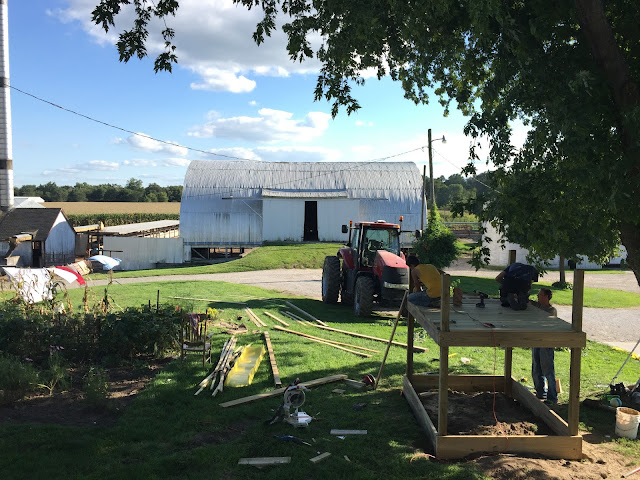 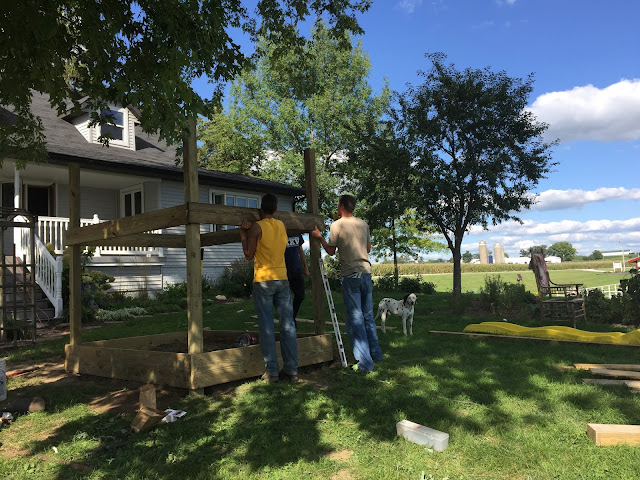 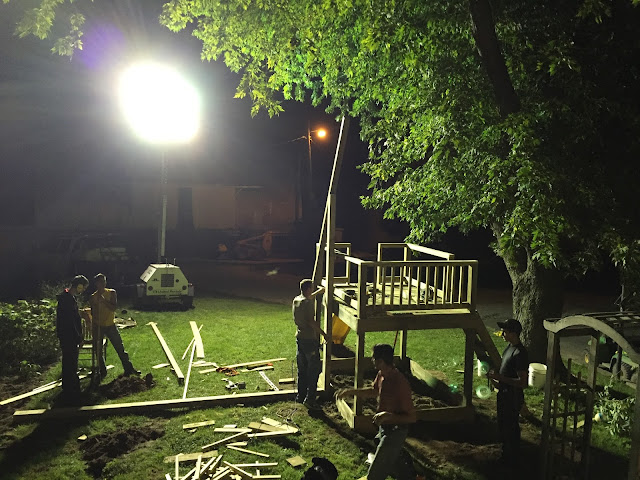 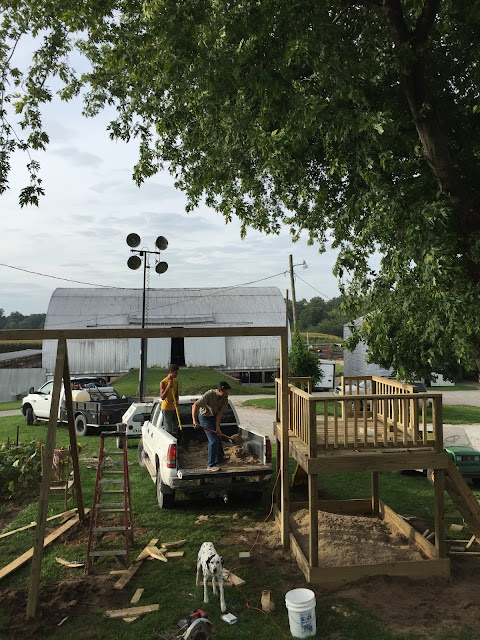 Filling in the sandbox the next morning! 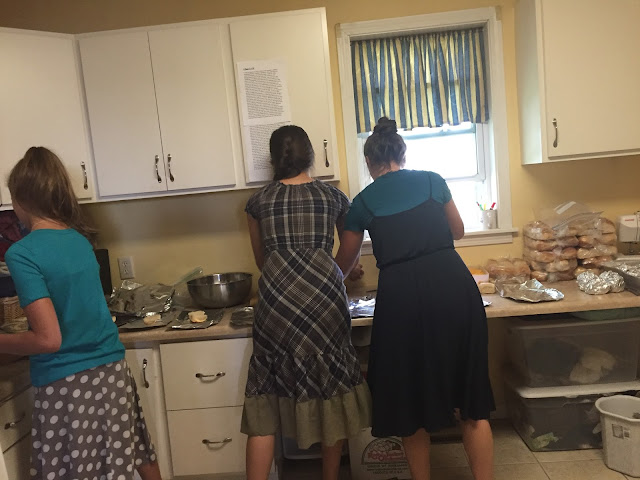 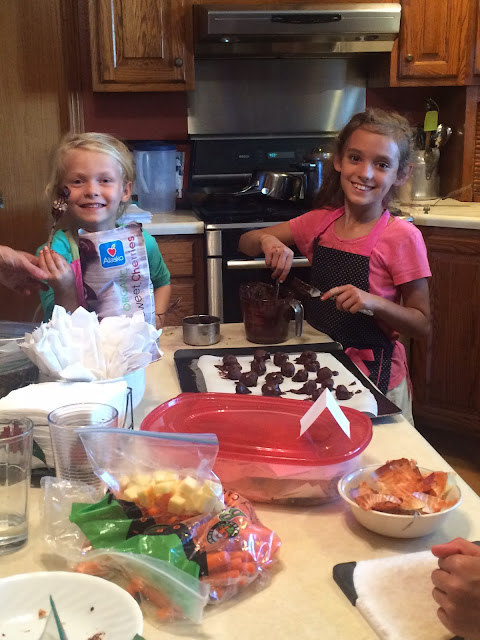 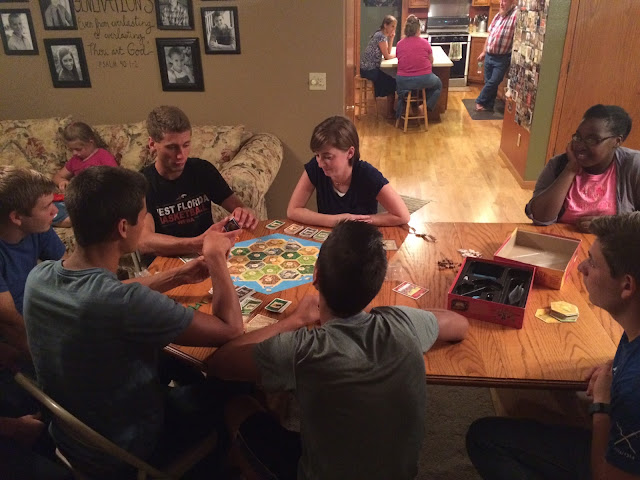 Game time! Settlers continues to be a family favorite! 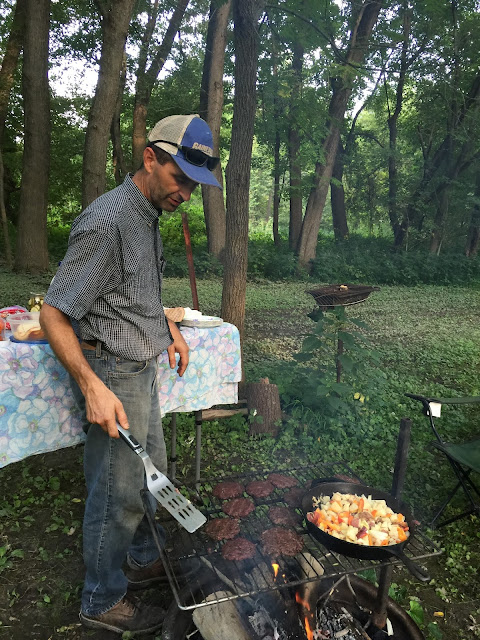 Getting away from the hustle for a bit and cooking out at our campsite. 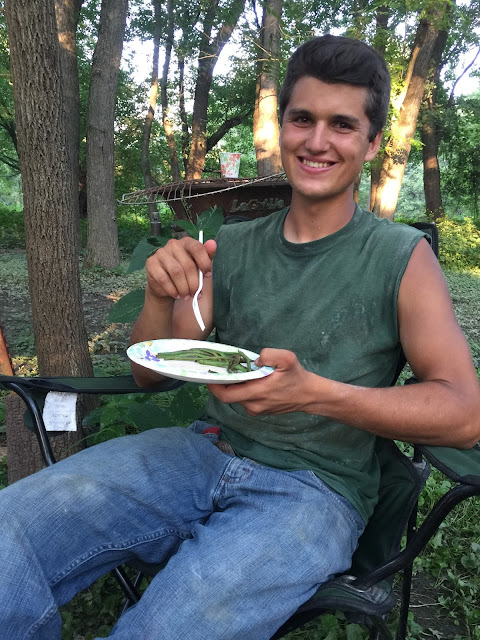 Smile for all the good food. (it would appear that most of his had already been consumed at this point..=)) 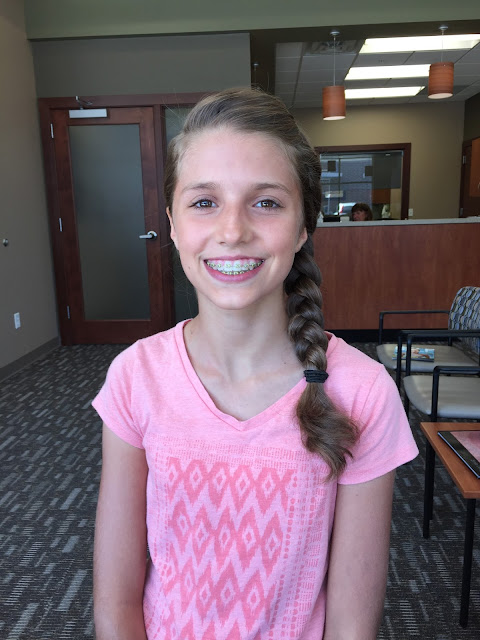 Liz got her braces removed! Before.... 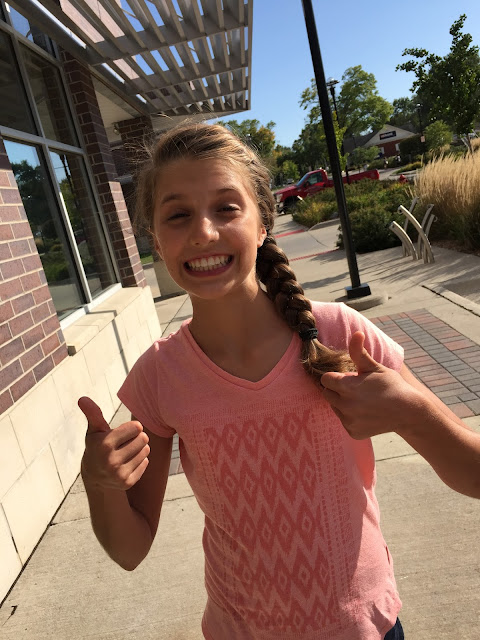 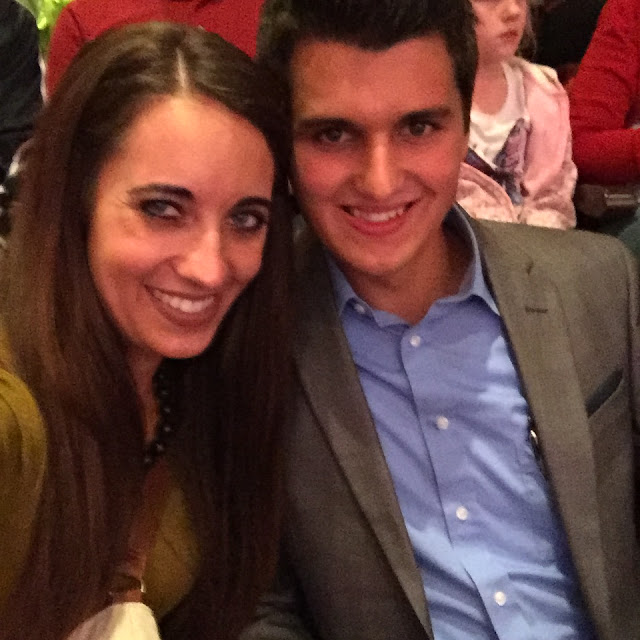 Sibling date to go see some of our (Josh + Chelsy's) greatest musical inspirations, the Piano Guys. We couldn't believe they actually came to Iowa! 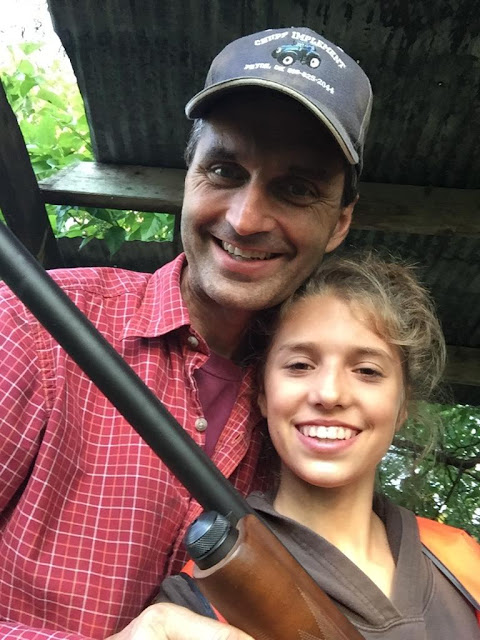 Dad + Liz on a hunting outing! Sadly, it was not successful in that they did not return with a deer. But time outdoors + with dad is always a success so it was a win anyways! 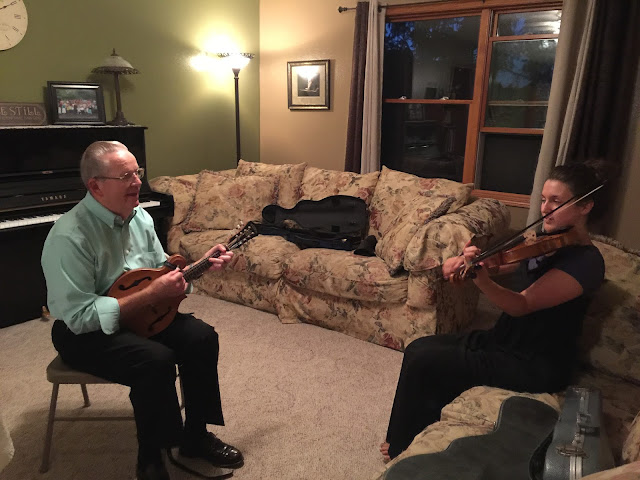 Making music with friends in the evening after a long full day!


"It's not what we have in life, but who we have in our life, that really matters."
-unknown
Posted by Bontrager Family Singers at 7:00 AM