A Behind the Scenes Post from the Christmas Play 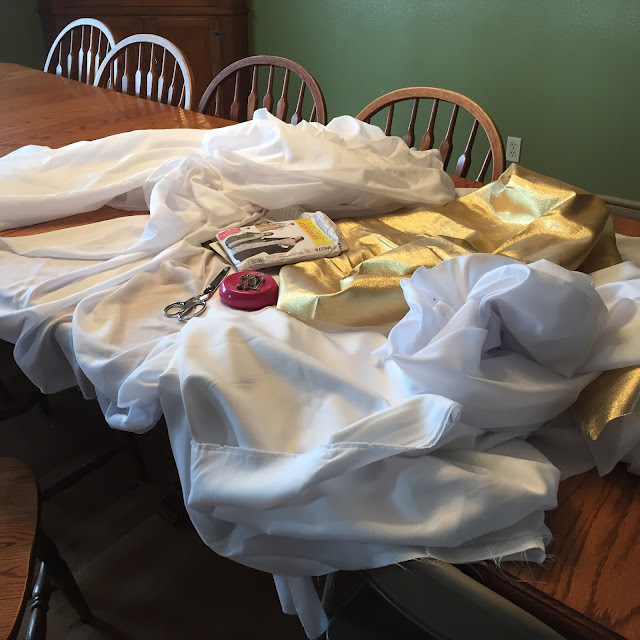 Before I post the official recap post from the 2015 Live Animal Christmas Play, I thought I would give y'all a little peek into some of the "behind the scenes" that was captured with phone cameras over the weekend and before as we prepared. 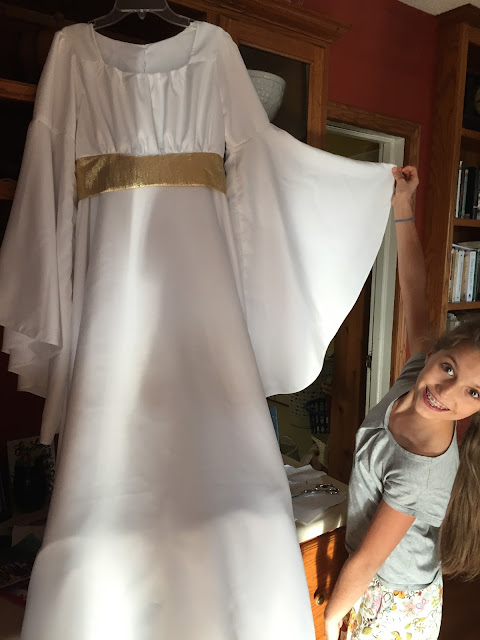 There was lots and lots of sewing time-designing and making new costumes. 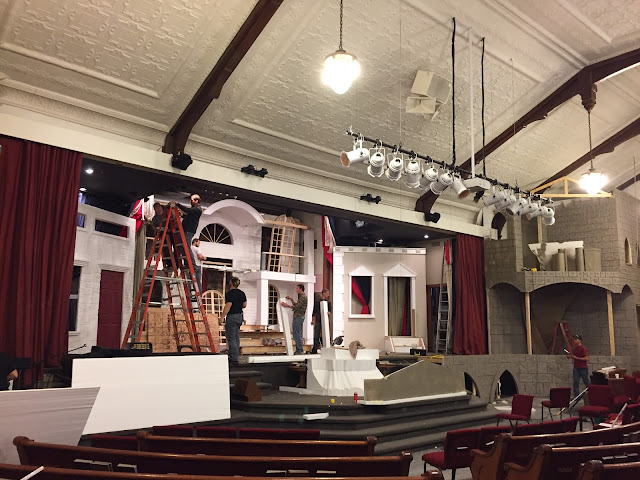 Honestly, the closer it got to the show weekend, the more some things just seemed to get worse before they got better! Believe it or not, this picture was taken just a few nights before our first show! We definitely were needing a miracle of God at this point. 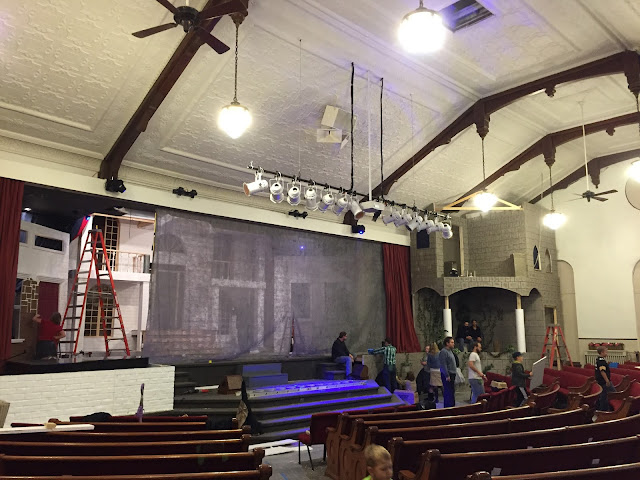 Mitchell + Carson spent many hours helping work on the sets. 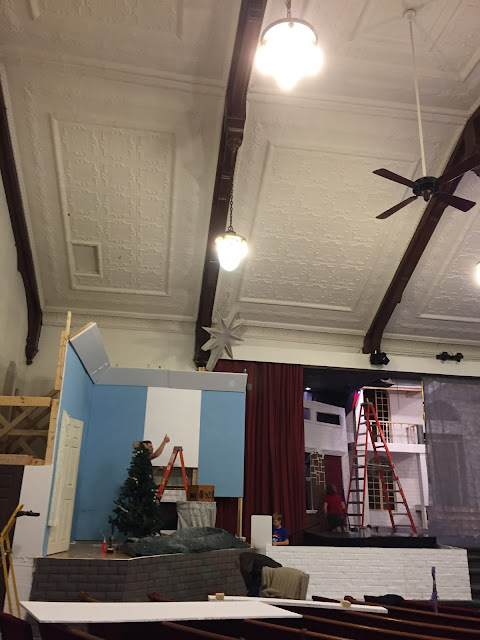 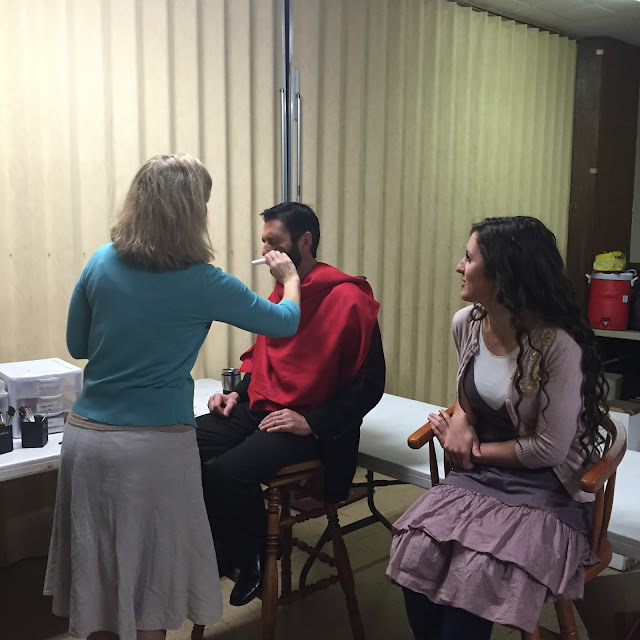 The LACP hair + makeup crew was stellar and did a fabulous job! Some people were more appreciative than others. Specifically some of the men weren't very thrilled about this part of the show. Unfortunately for them, several years ago it was made a mandatory rule for all actors, male + female, to wear stage makeup for the shows. Many of us whole heartedly agreed with this, there were just several who kicked and squawked a bit. =) 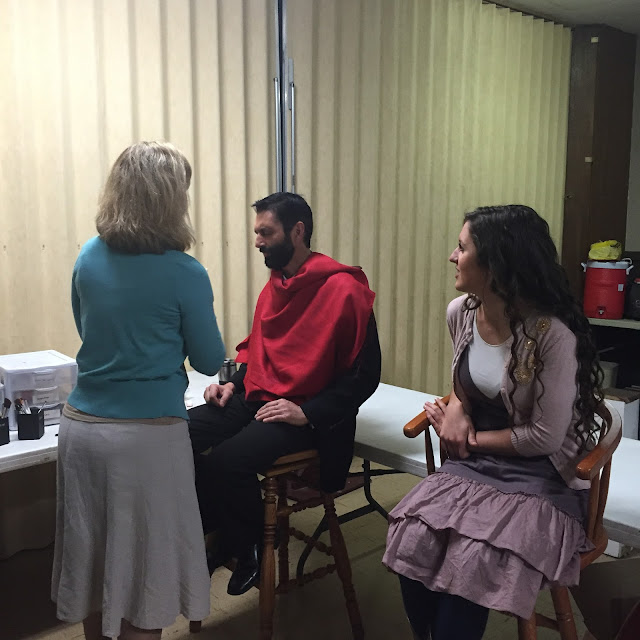 Dad, looking like he hopes it will all be over soon. =) 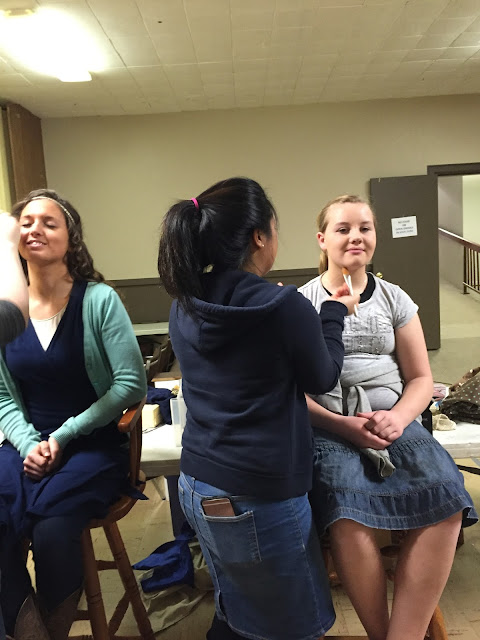 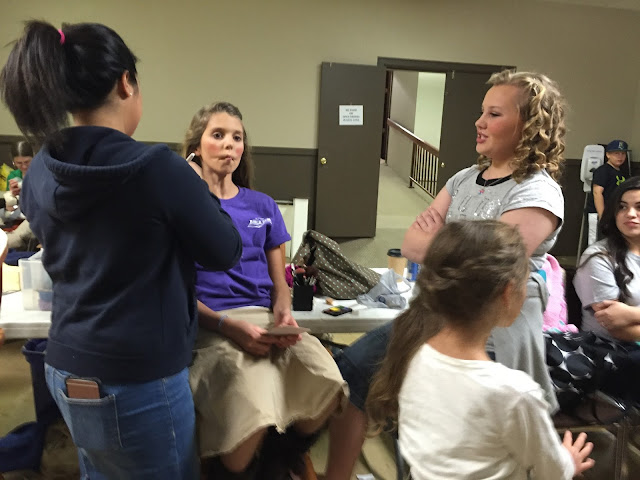 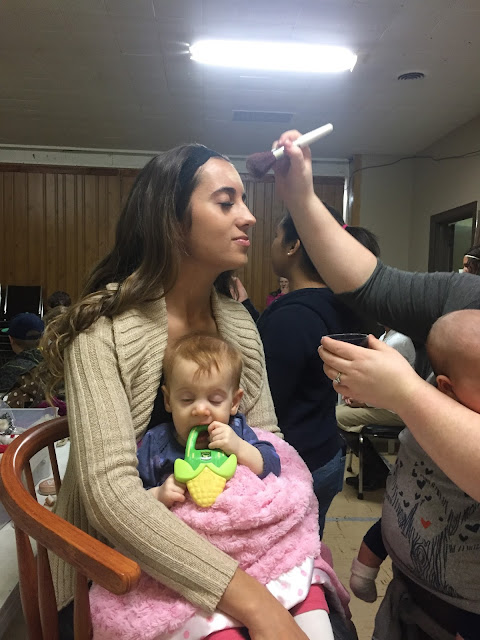 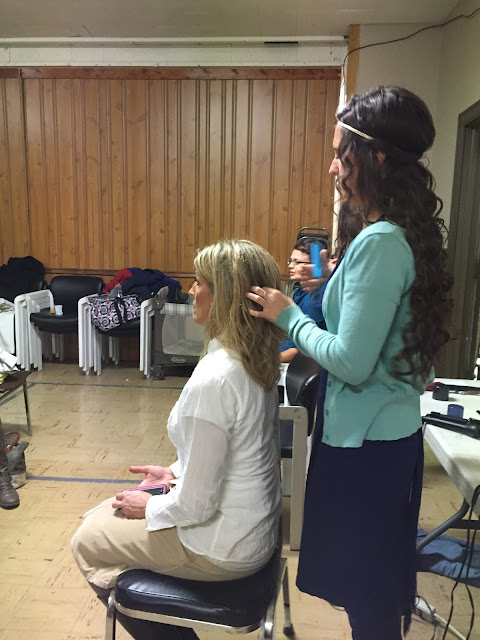 Allison was on the hair crew. 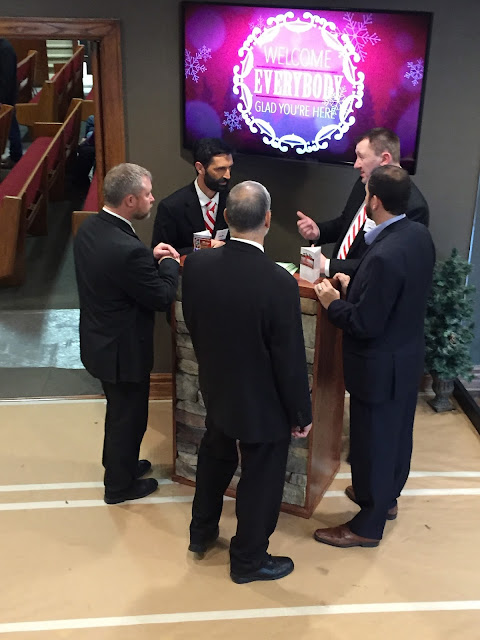 Pre-show usher meeting, organizing the details of how to get as many people as possible crammed in! 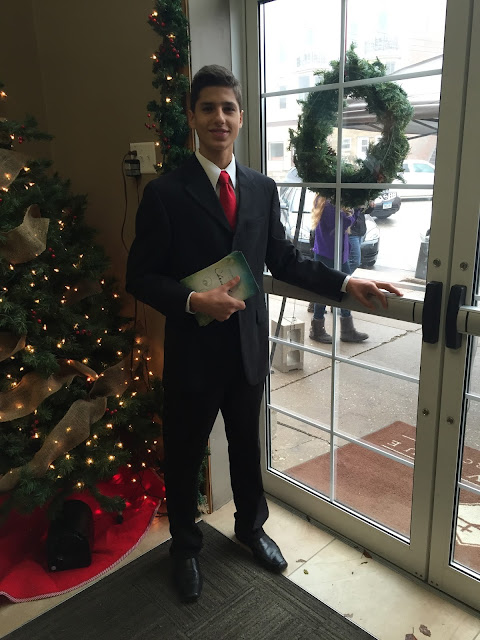 One of our very good looking greeters at the front door. =) 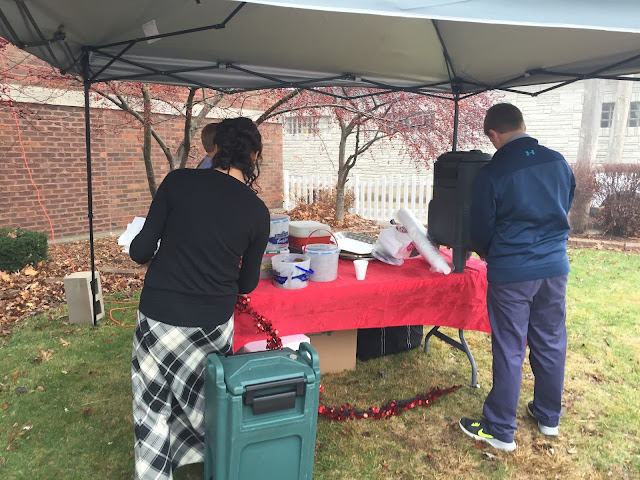 Mom was once again in charge of the hospitality committee and she and her crew of boys did a lovely job making everyone feel welcome with hot chocolate and delicious homemade cookies! 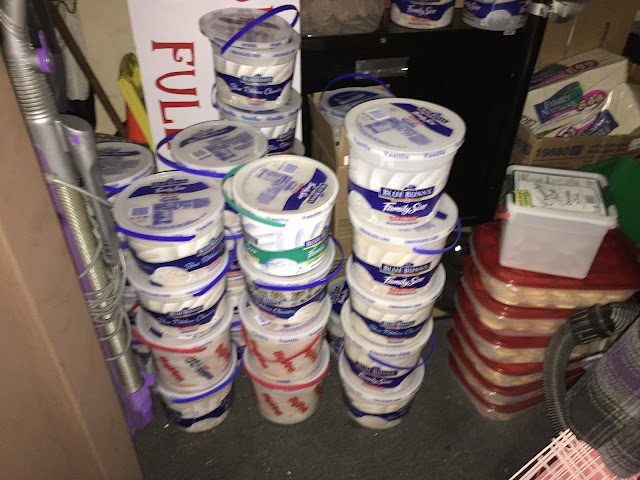 A few buckets of cookies, anyone?! So grateful for the sweet family in our church who made all of these cookies for the weekend! 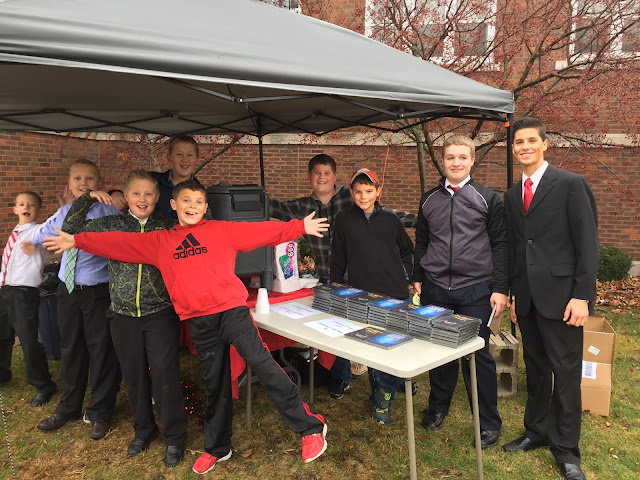 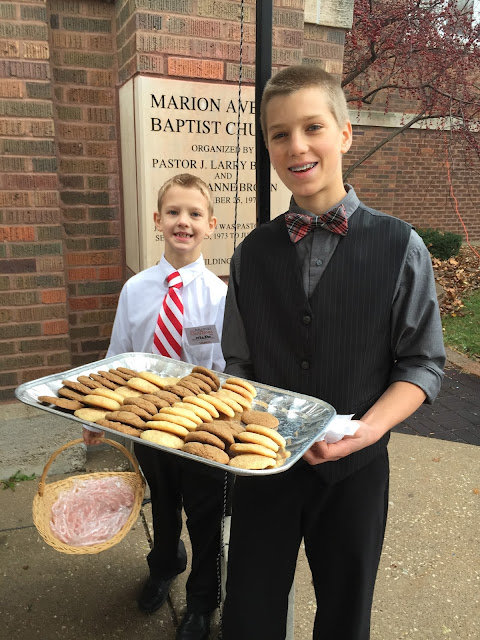 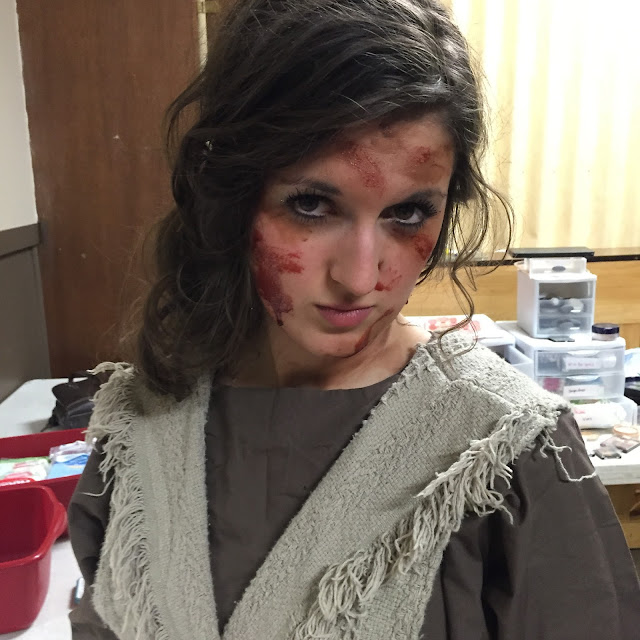 Time to get a beating for Allison. =) 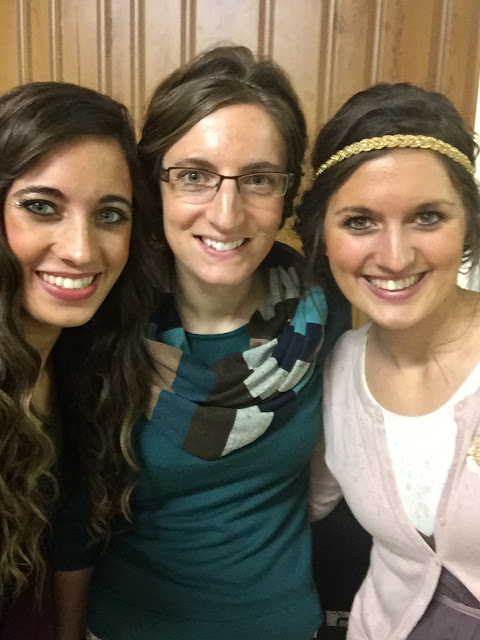 What a special treat to have this sweet friend drive down from Canada to help for the weekend! 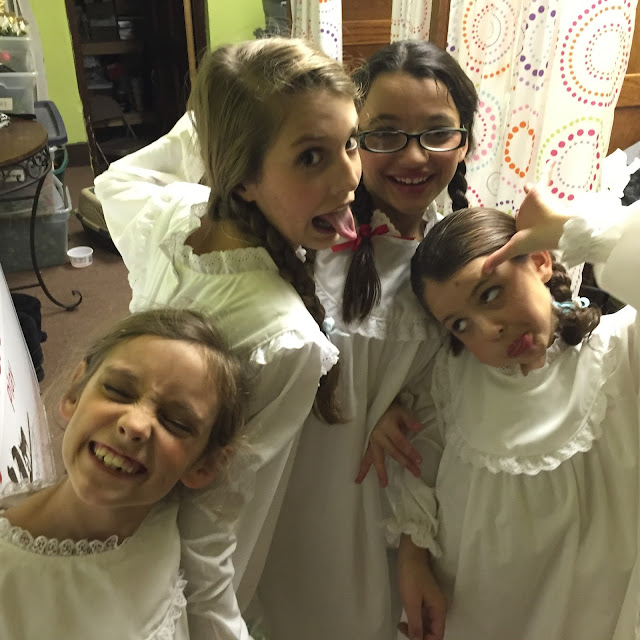 Little girl shenanigans in the dressing room with these little ladies.
Who needed to watch the show-goodness, it was SO entertaining just listening to them as I changed outfits in my dressing room between scenes! I don't think I'm exaggerating to say that they very nearly had the entire play MEMORIZED and there were times as I listened to them acting and reciting my scenes (and others) that I wondered "why in the world aren't they upstairs doing that on stage instead of me?!?" =) Definitely got my fill of laughter spending time with them. =) 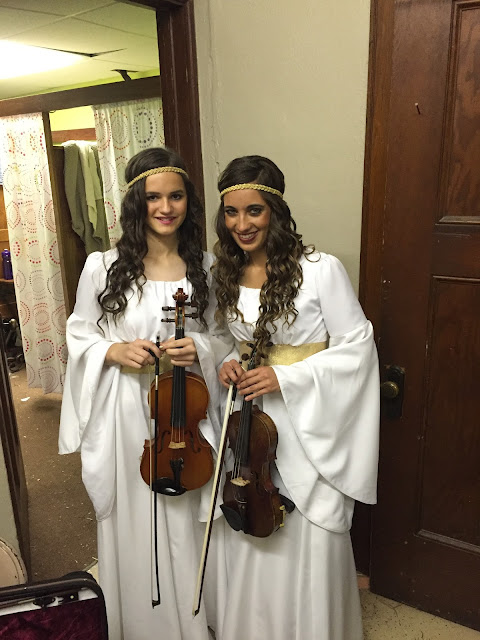 I had fun "going back in time" and pulling out my violin skills from years ago when I used to play! 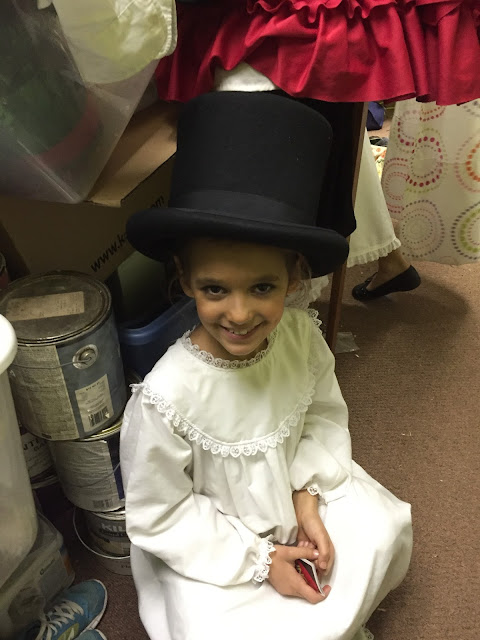 Old fashioned nightgowns and top hats = new fashion statement.
This is what happens when you are friends with the actor "Mr. Christmas" and you borrow his hat while he is in-between his scenes. =) 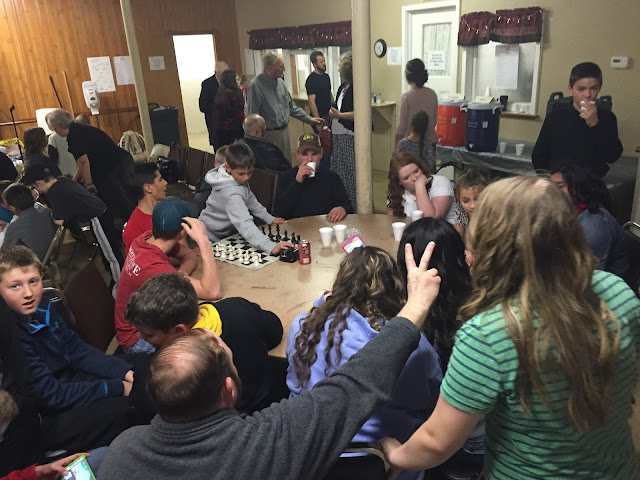 Games and fun in the fellowship hall. This was the hangout for everyone who was in-between scenes and it was always lively, full of fun, loud, and FULL. 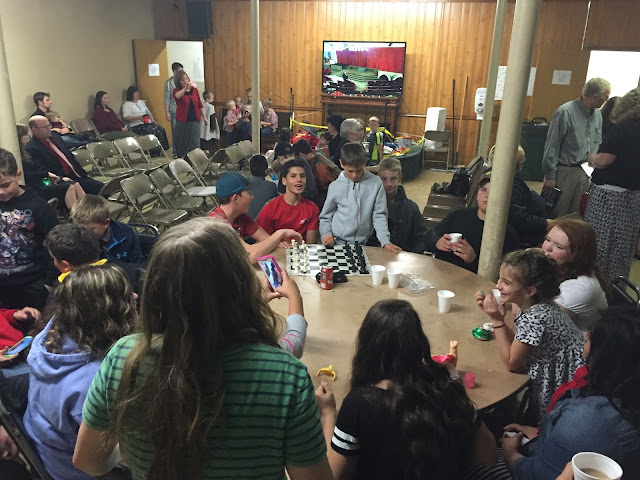 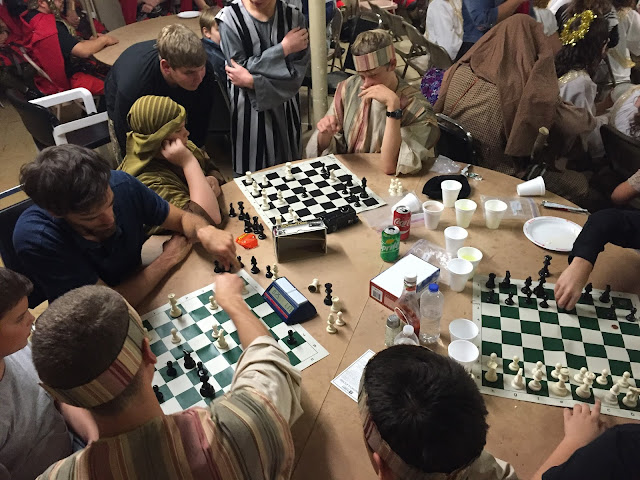 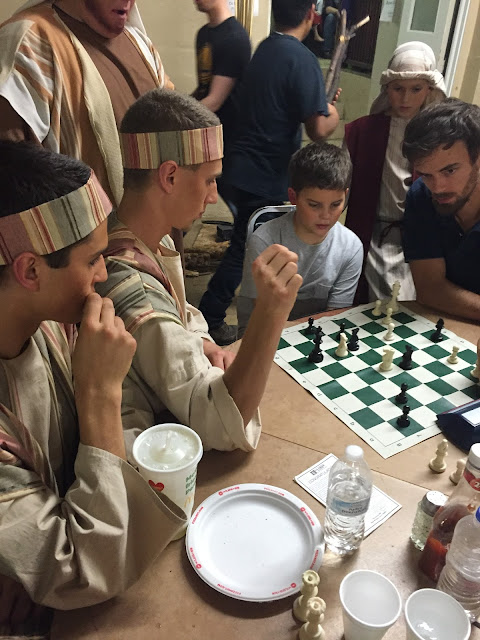 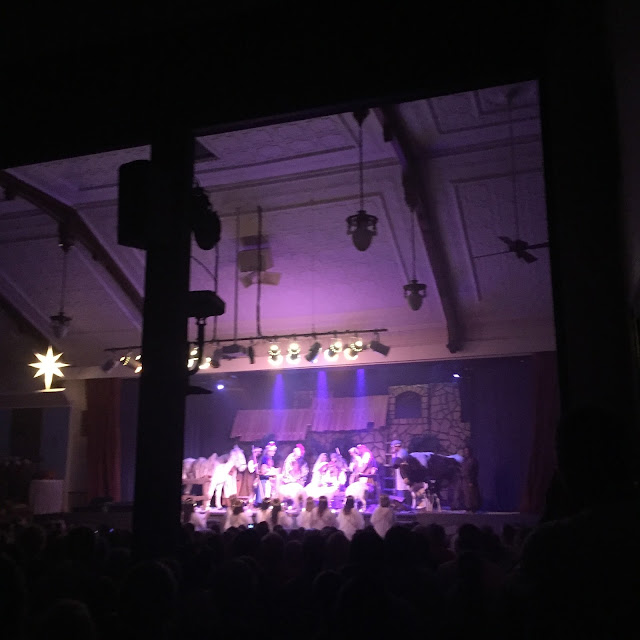