Why Our Family Is Endorsing Ted Cruz for President 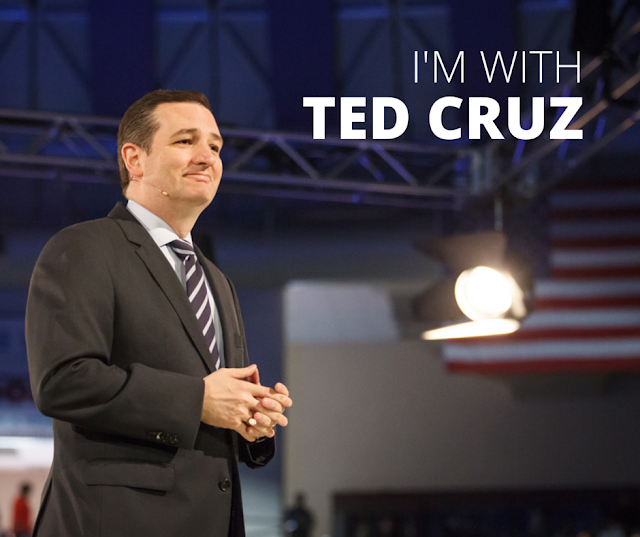 Our family, in the past several years especially, has begun to closely follow politics and more of what is happening in our nation. As my brothers have grown older they have become very passionate about this, and they know so much about what is going on in our nation + government, simply because they study and read and choose to be informed.

Our family is excited about this upcoming election. It has been awhile since we were actually thrilled about a presidential candidate, because the candidates haven't been that great in the last several elections.

This election, however, is different. We actually have more than one born-again Christ follower who is running! PTL! For quite some weeks now, our family has carefully researched which candidate we would endorse. We are all very opinionated so we had varying views for a while. Back in March we were split down the middle in our family, with six _____ fans, five _______fans, and one undecided family member. =) The boys especially would debate and rationalize and study and talk some more. I remember one particular discussion the beginning of March when we were traveling in the van. (while our bus was broken down) Allison and I were sitting in the middle seat. There was a ______ fan driving and two _____ fans sitting in the seat behind us, and the conversation got a little heated! (Allison and I just sat there and listened and shook our heads, thinking that it would be a miracle if all of our men could actually get on the same page and endorse the same guy =))
To make a long story short, in April they all ended up personally endorsing the same candidate. Our family likes to be "all in" on our family projects, and on this we are now completely unified and ALL IN. God has given our nation an incredible candidate in Senator Ted Cruz and we are so excited to be able to whole-heartedly and completely give him our support.

My father has joined the Iowa Leadership Team and will be campaigning for Cruz in District two. Our whole family is united in working together on this project and we are excited for what God has been doing already and what He will continue to do!
Our political research team {aka Josh + Denver} are keeping us up-to-date and abreast of all the happenings.
Josh wrote the following statement (in italics) about why we are choosing to support Ted Cruz.


"We live in a nation of chaos. Our liberties are being stripped away, our values trampled upon, and our voice has been all but silenced. Our President has decided that he would rather have us be a backward communist nation than a nation of opportunity and hope. Obama has decreased our liberties by increasing the size of the federal government.  Sadly too few seem to have noticed. We have leaders who just play politics and are more concerned about getting re-elected than about orchestrating lasting change. What we need is a LEADER. We need someone who will stand up boldly for truth and who follows principles, not just politics. There are many candidates who are running this election, but I believe we have a man running who will stand for our values and defend our liberties from oppression.

I believe Ted Cruz is the MAN who will STAND. Ted Cruz has a proven record of standing strong for conservative and biblical values. He has defended our liberties from the encroachment of those who would take them away. He has stood firm for religious liberty and defends the biblical definition of life and marriage. Ted Cruz believes that the stronger America is, the safer the world will be. He believes that the Constitution, not liberal ideology, is our nation’s guide and roadmap. He believes in the promise of America and economic opportunity for all. Ted Cruz stands strong on the conservative principles that He has always stood for. This is why I believe Senator Cruz should be our next President."


“If my people,  who are called by my name, shall humble themselves, and pray, and seek my face, and turn from their wicked ways, then will I hear from heaven
and will forgive their sin and heal their land."
2 Chronicles 7:14


You may be asking "What can I do?"
Here are a few ideas! 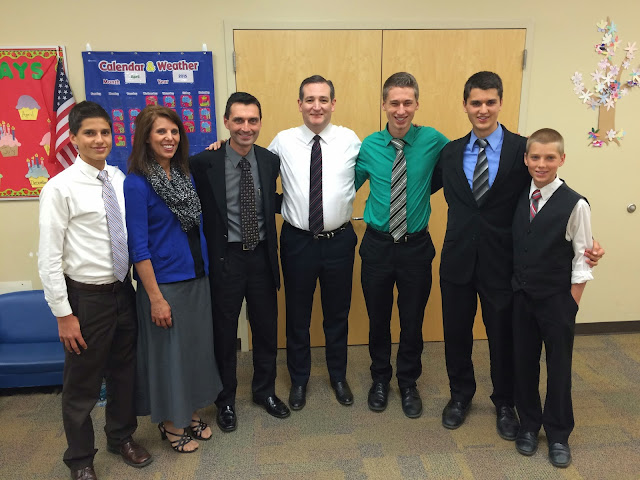 “When the righteous are in authority the people rejoice,
but when the wicked beareth rule the people mourn.”
Proverbs 29:2

“Righteousness exalted a nation,
but sin is a reproach to any people.”
Proverbs 14:34