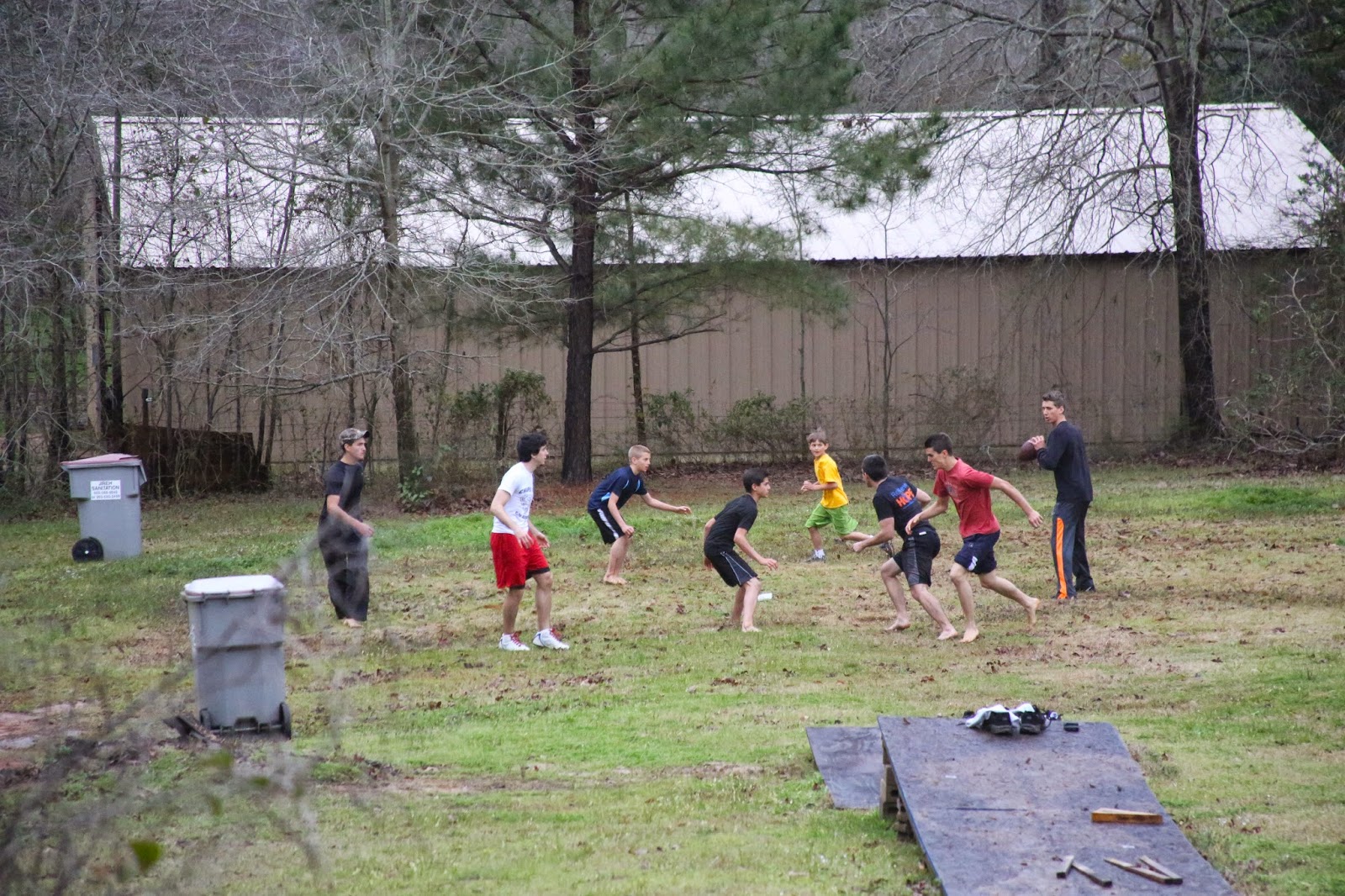 Week #ten.
At the beginning of the week, we had only been without the bus for three days, but already we were greatly GREATLY missing it! After our whirlwind wkend of four concerts in 48hrs from the previous several days, we were very excited about the prospect of arriving at dad's sister's home in Texas and being able to spread out for two days!

All that bottled up energy was put to good use in an energetic football game with the cousins. It was cold and muddy, but the guys didn't seem to mind. =) 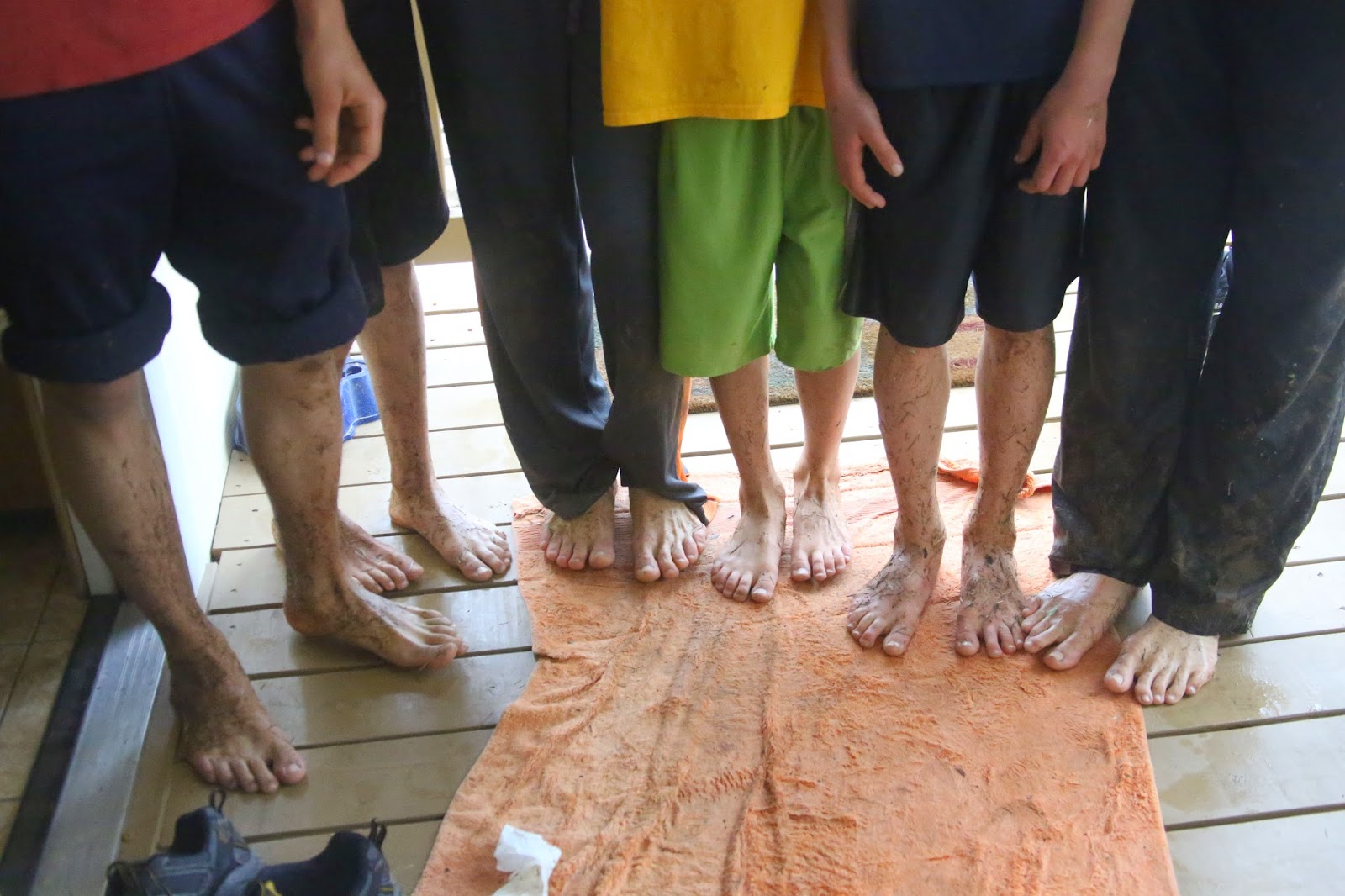 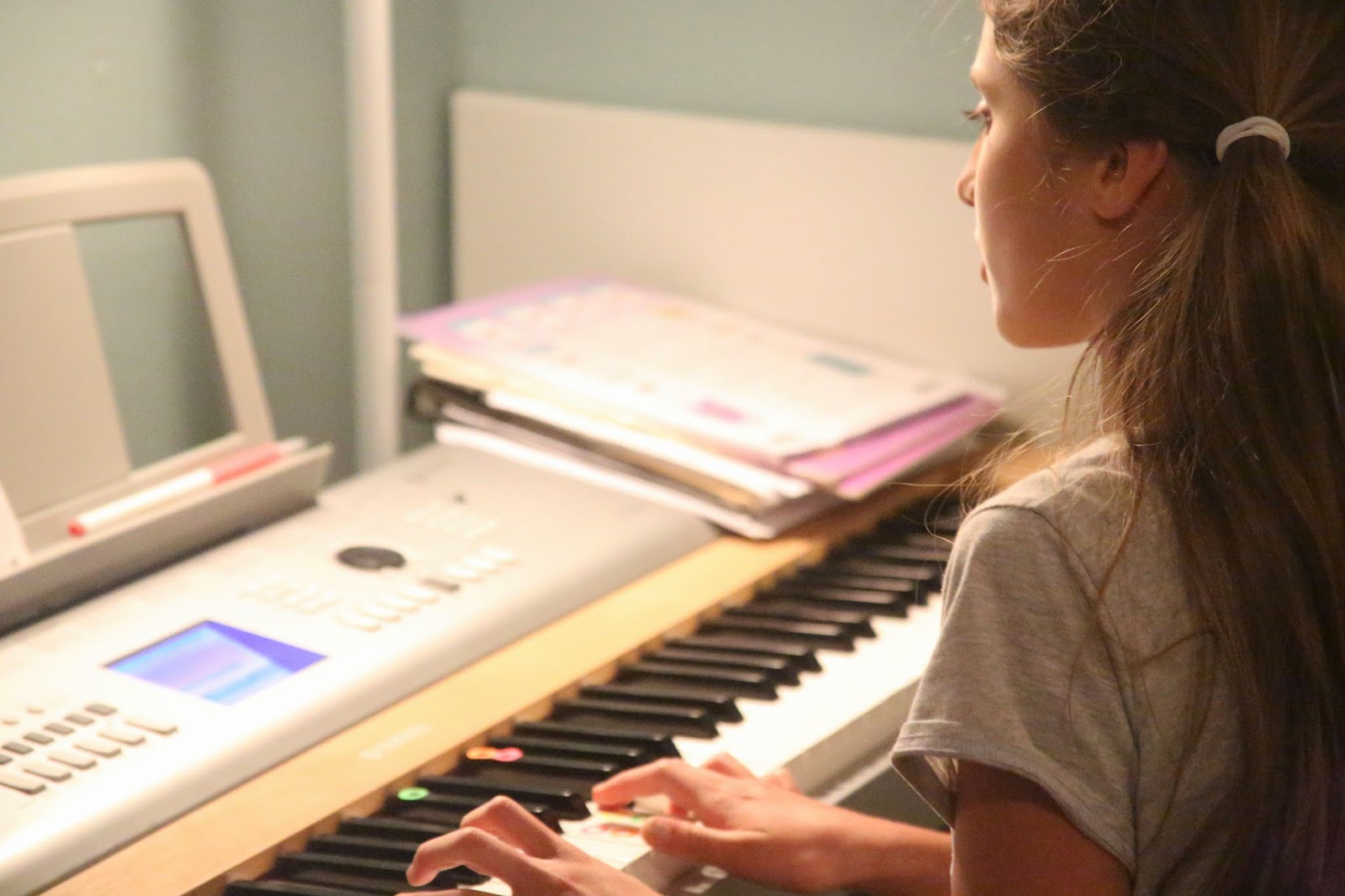 Most schoolbooks had been left back at the bus, but instruments and music books came along so we continued with as much of our normal schedule as possible-music lessons + practice. 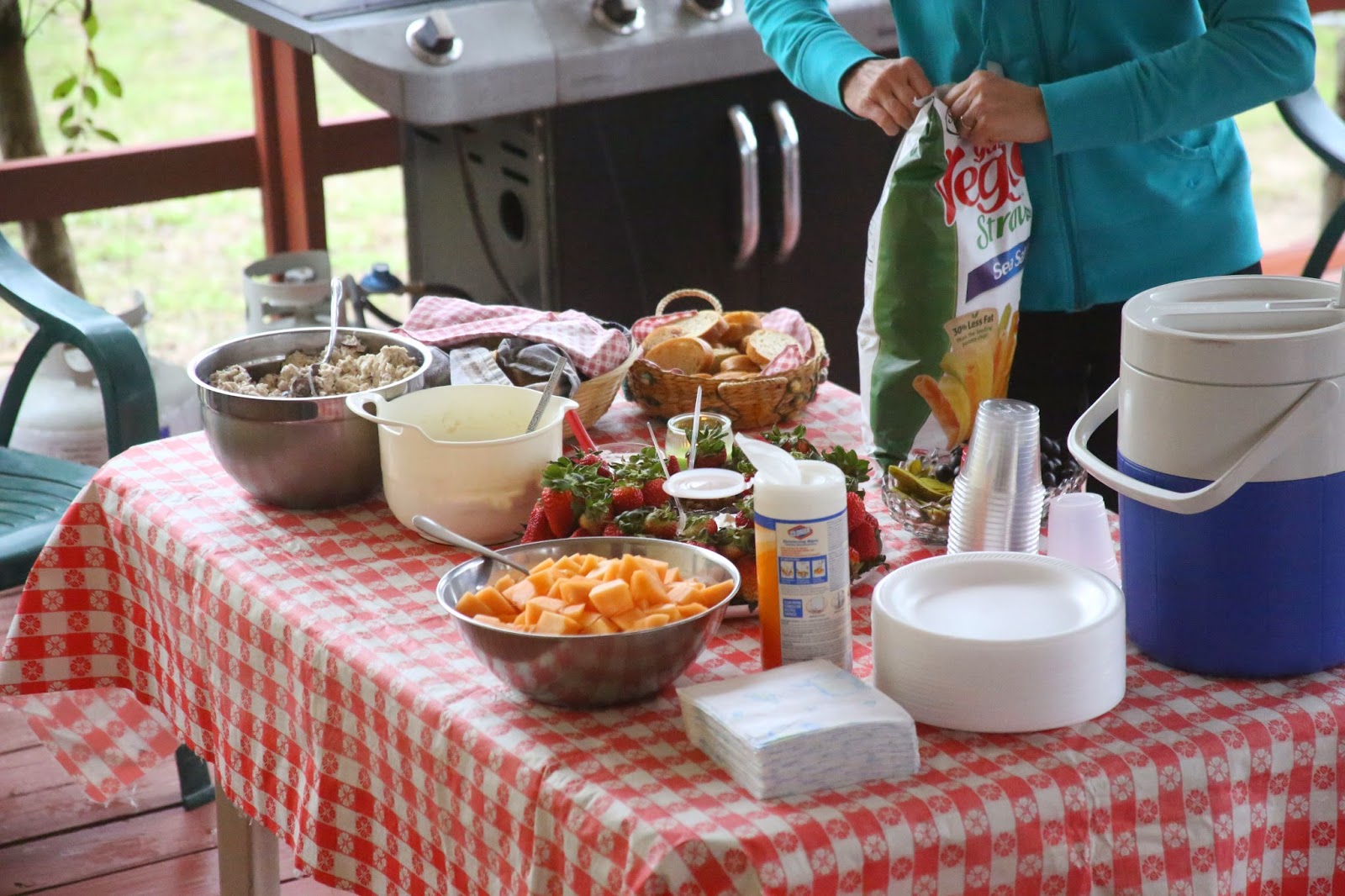 We love Texas cooking. =) Many thanks to our aunt and another dear friend for providing such yummy meals! 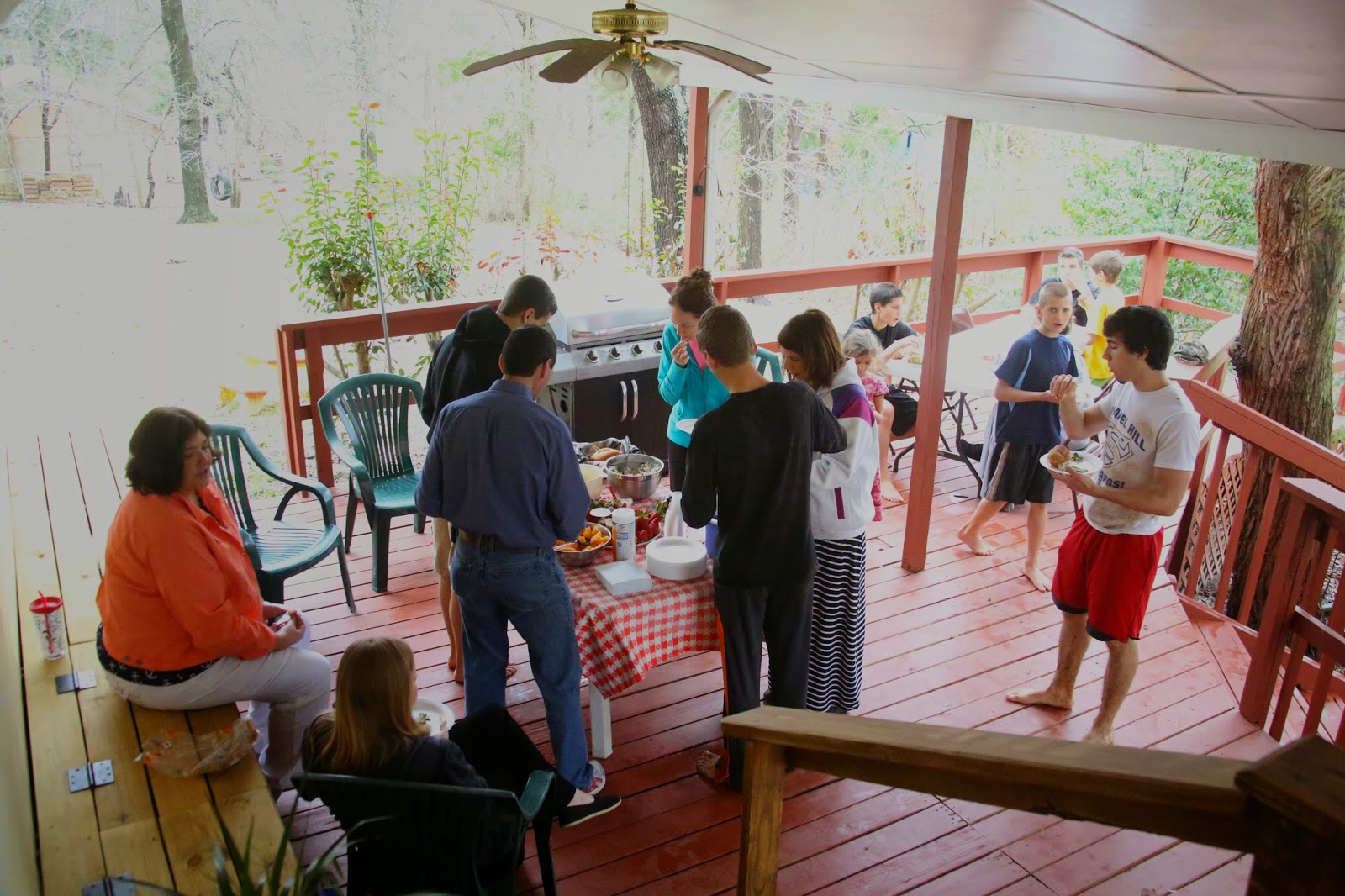 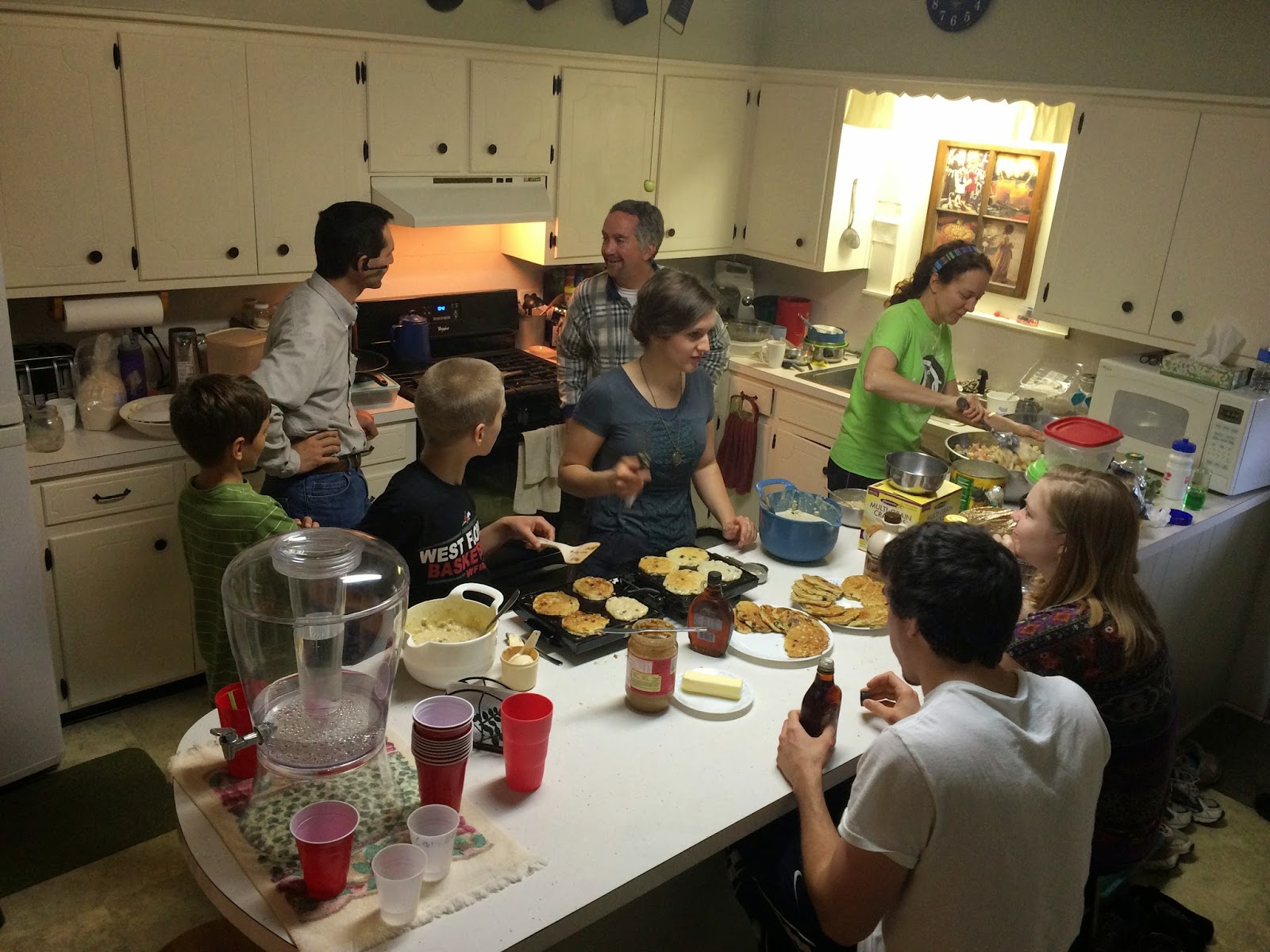 And...thanks for letting us help! Allison + Taylor were the stellar pancake crew for morning breakfast! 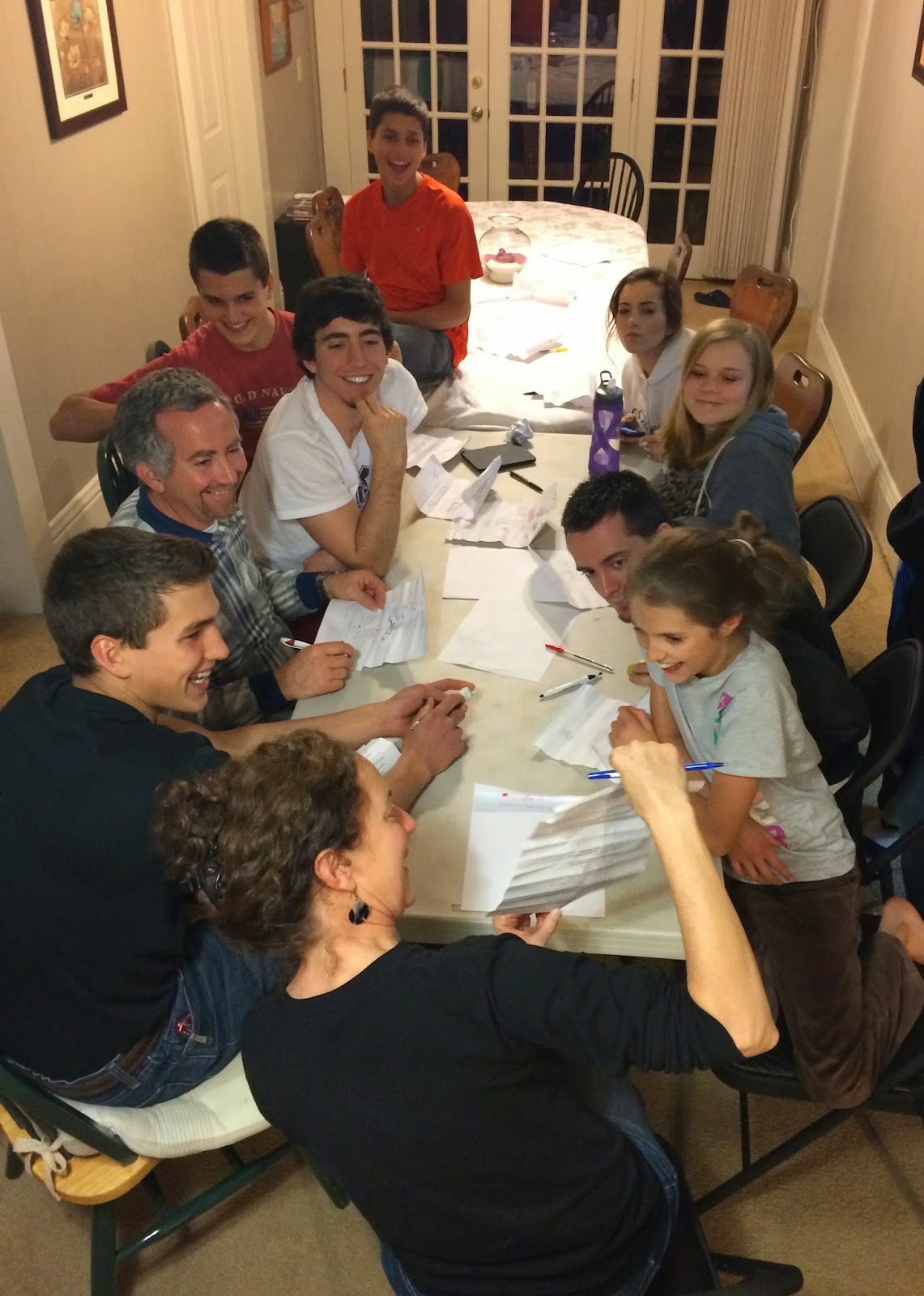 As always, we enjoyed some great family games, challenging discussions, and sharing of life dreams + God at work. 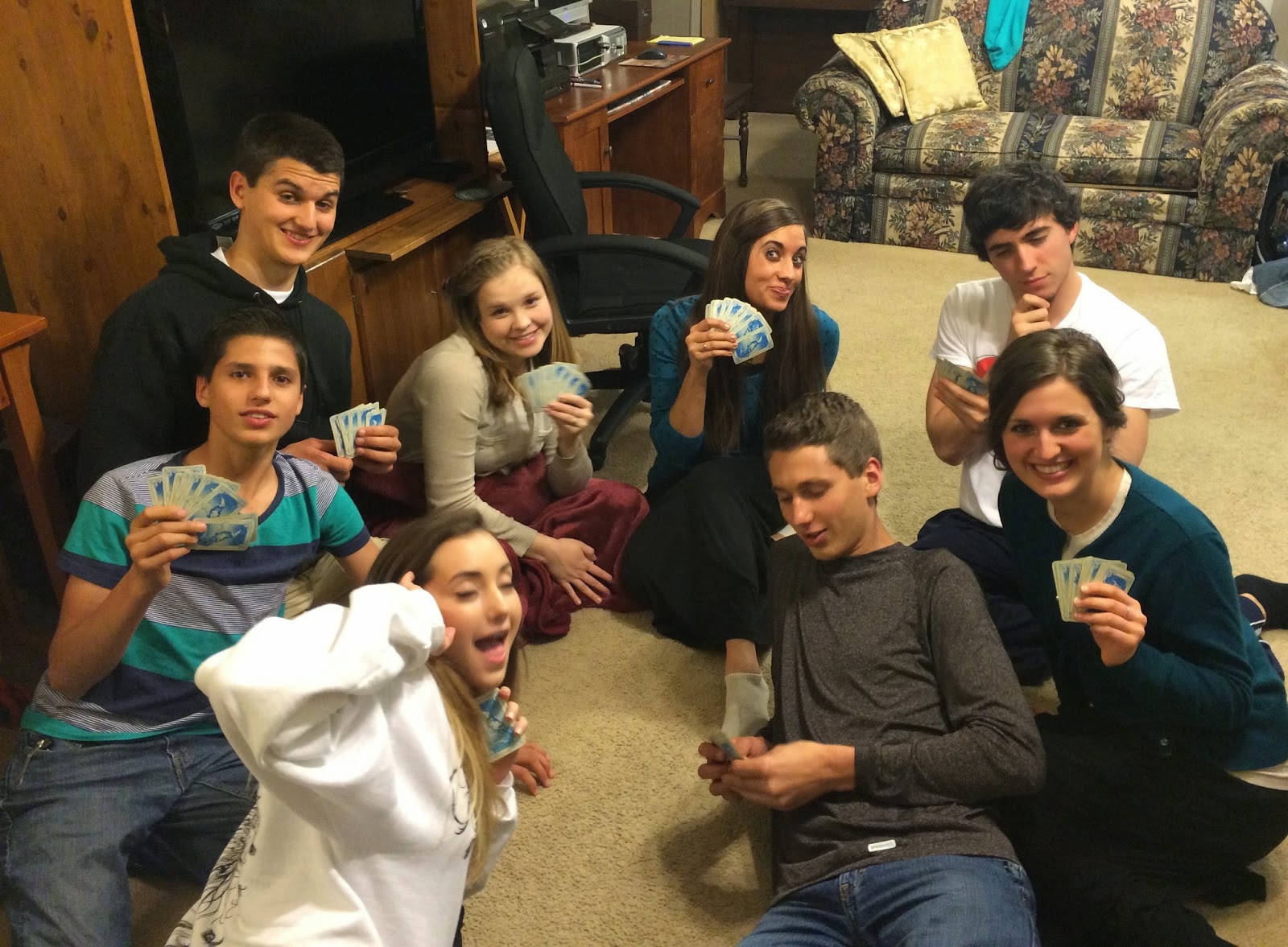 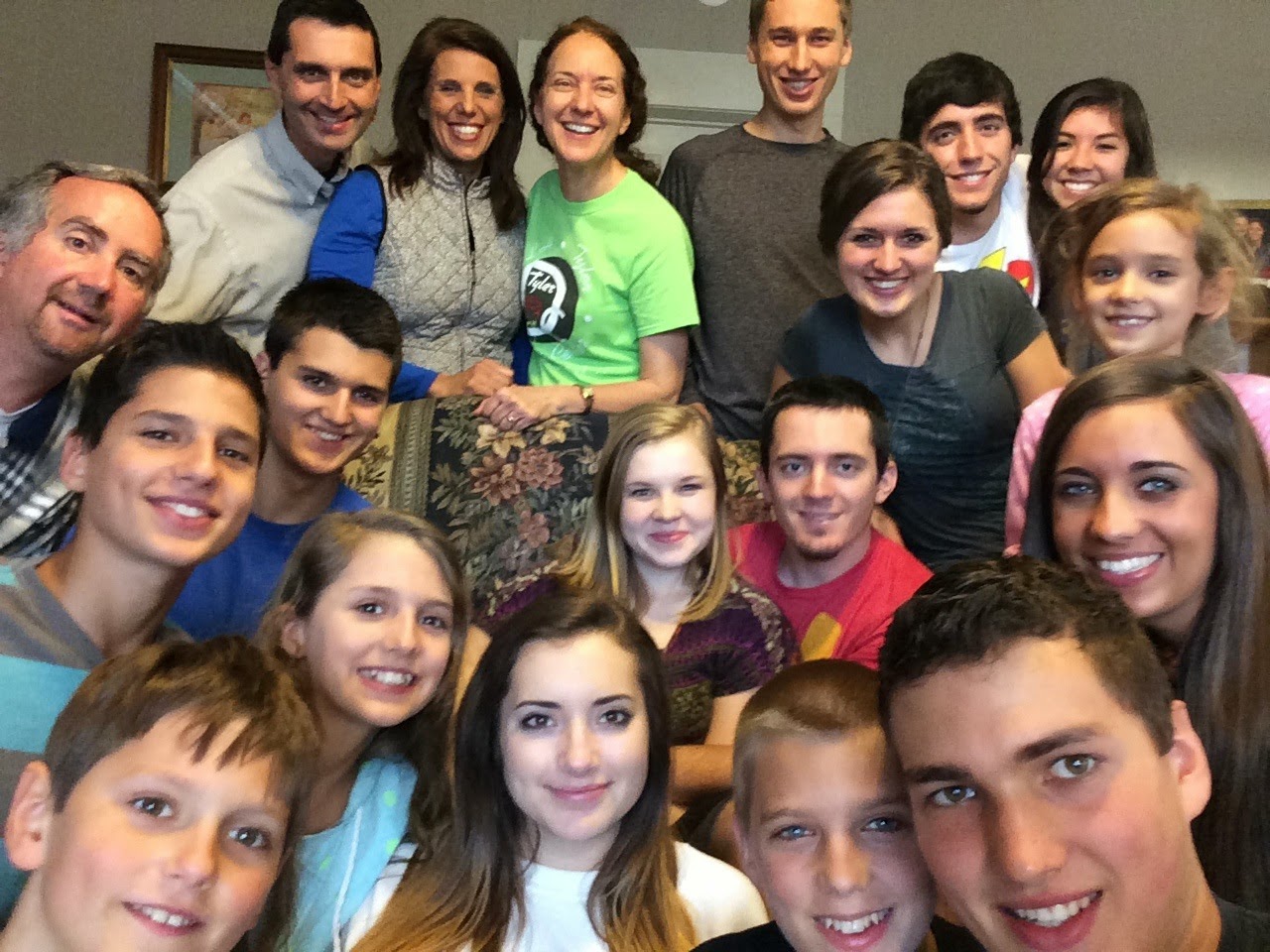 Love you people! Y'all inspire and challenge us to live more fully for Jesus Christ! Our times with you are always so rich and encouraging! 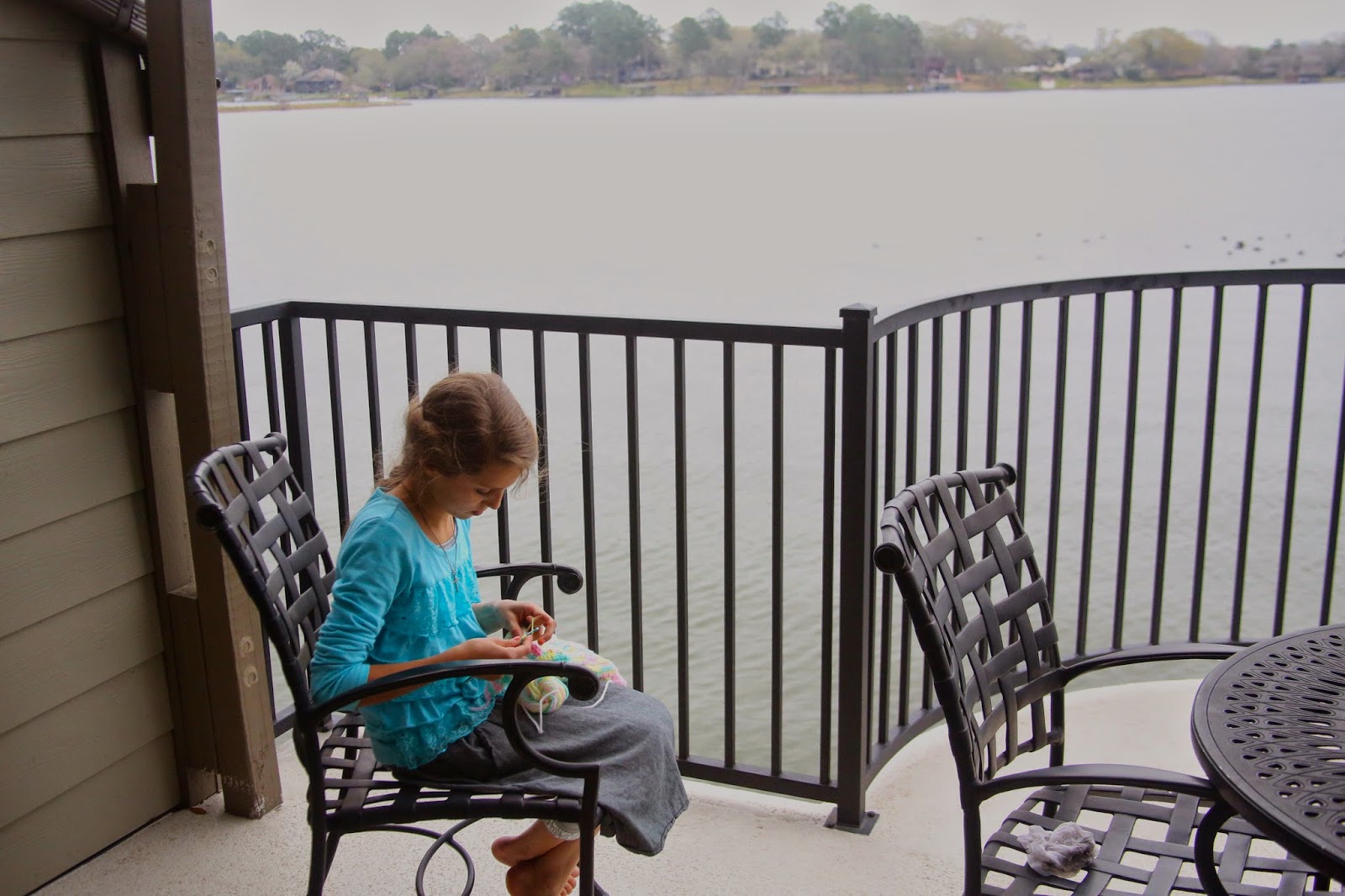 After singing in Tyler, we went on to Broaddus, TX. With only several weeks' notice to advertise the concert (it was a last minute decision to sing there) this church went all out and we had a packed crowd at our concert there.
A highlight there was after our concert when the pastor called up the "prayer team" to come and pray blessing over us. They were such dear people with such a heart for Jesus.

More friends (that we met through Bible Bee. Have you seen a pattern lately? We meet all sorts of awesome people through BB!) gave us this sweet little condo to stay in while we were waiting for news on the bus and trying to decide how to proceed with our tour. We were there for two nights and the day in between. 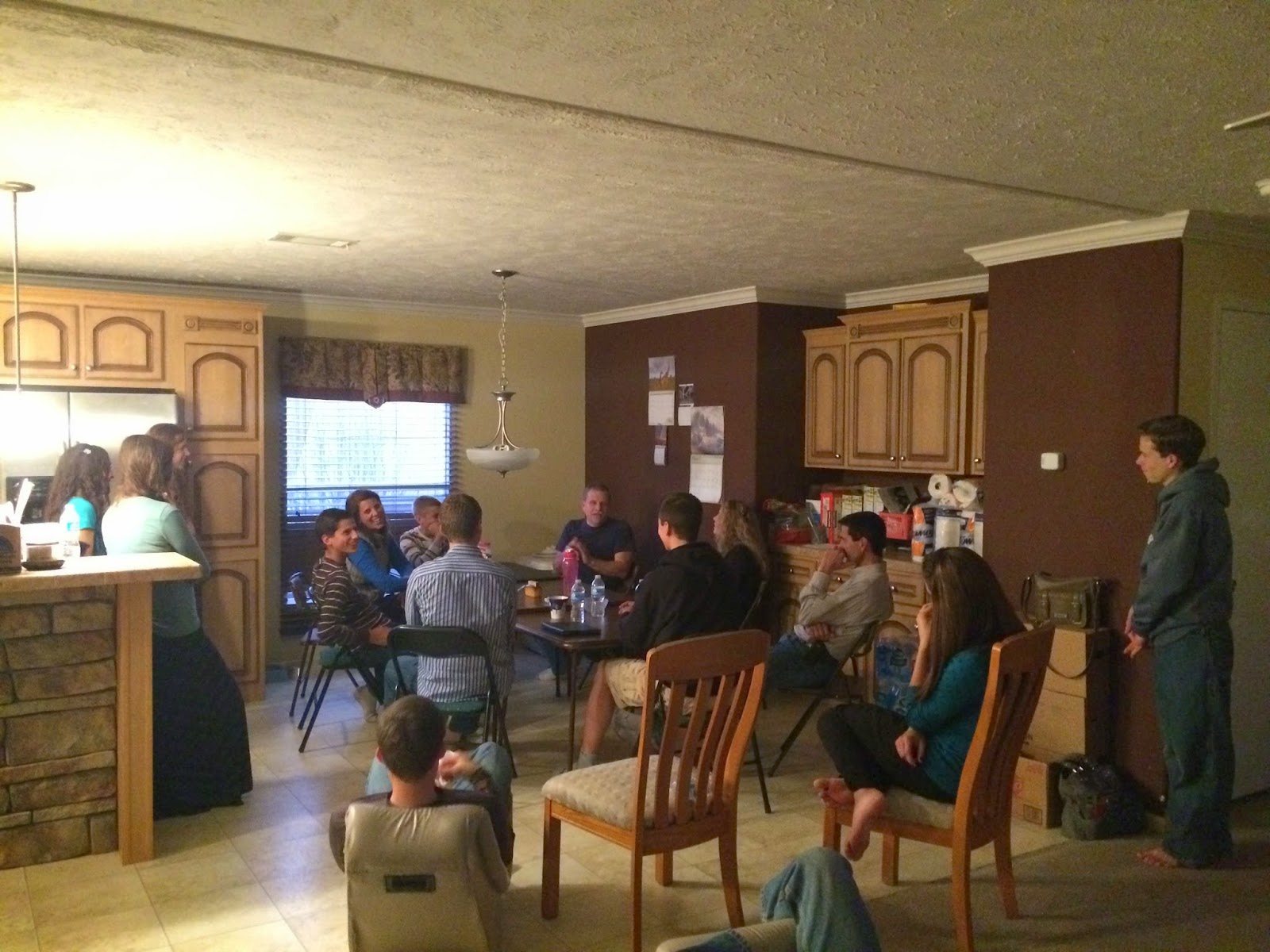 Dinner and fellowship with friends. 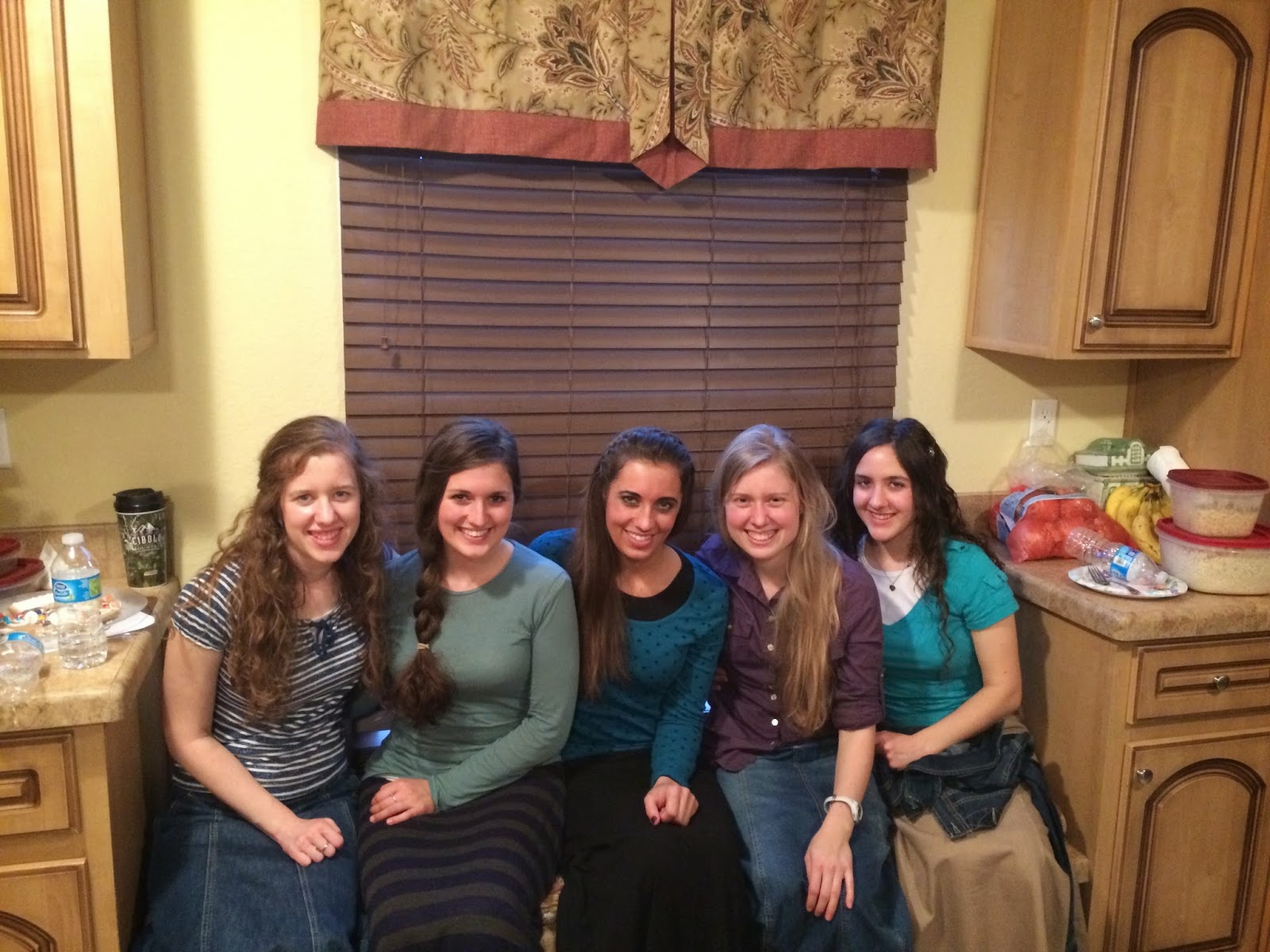 We enjoyed getting to know these sweet ladies! 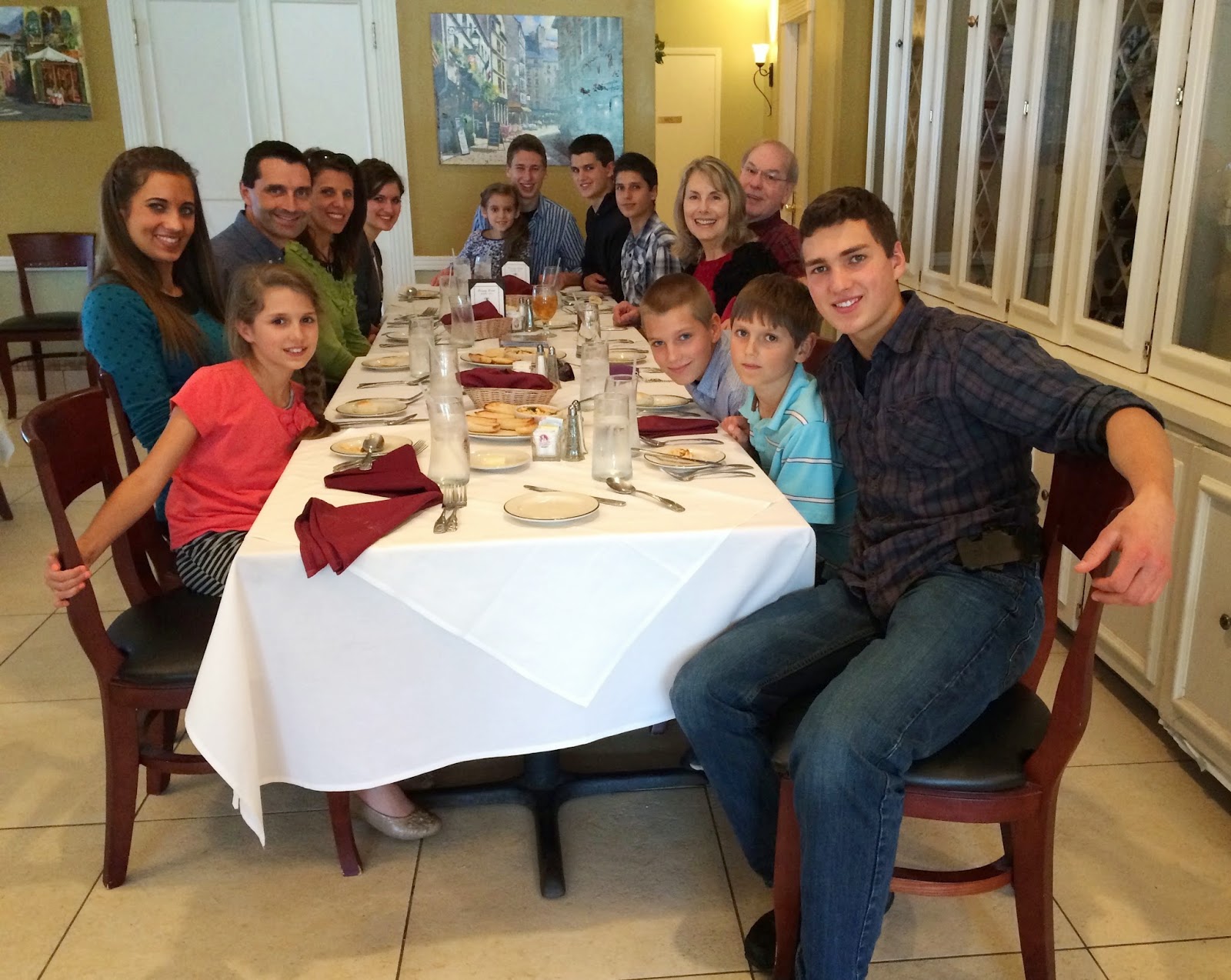 By Thursday night the transmission had still not arrived back in Alabama. We were originally planning to head back and pick up the bus after our Broaddus concert, because it was only supposed to take a week at most to get fixed. But when Thursday night arrived and the transmission had still not even arrived, we knew we would have to continue with the next portion of our Texas concerts, in the van/trailer. So Friday morning we all piled in the van again and took off for San Antonio where we were scheduled to sing at the Christian Worldview Film Festival.While in San Antonio, we were so blessed by the generosity of some dear friends (above) who took us out to dinner and offered for our family to stay in their home which was fifteen minutes from the festival. It was such a blessing as we had previously had no plans for lodging or what we were going to do, since it was such a last minute decision to come without the bus. 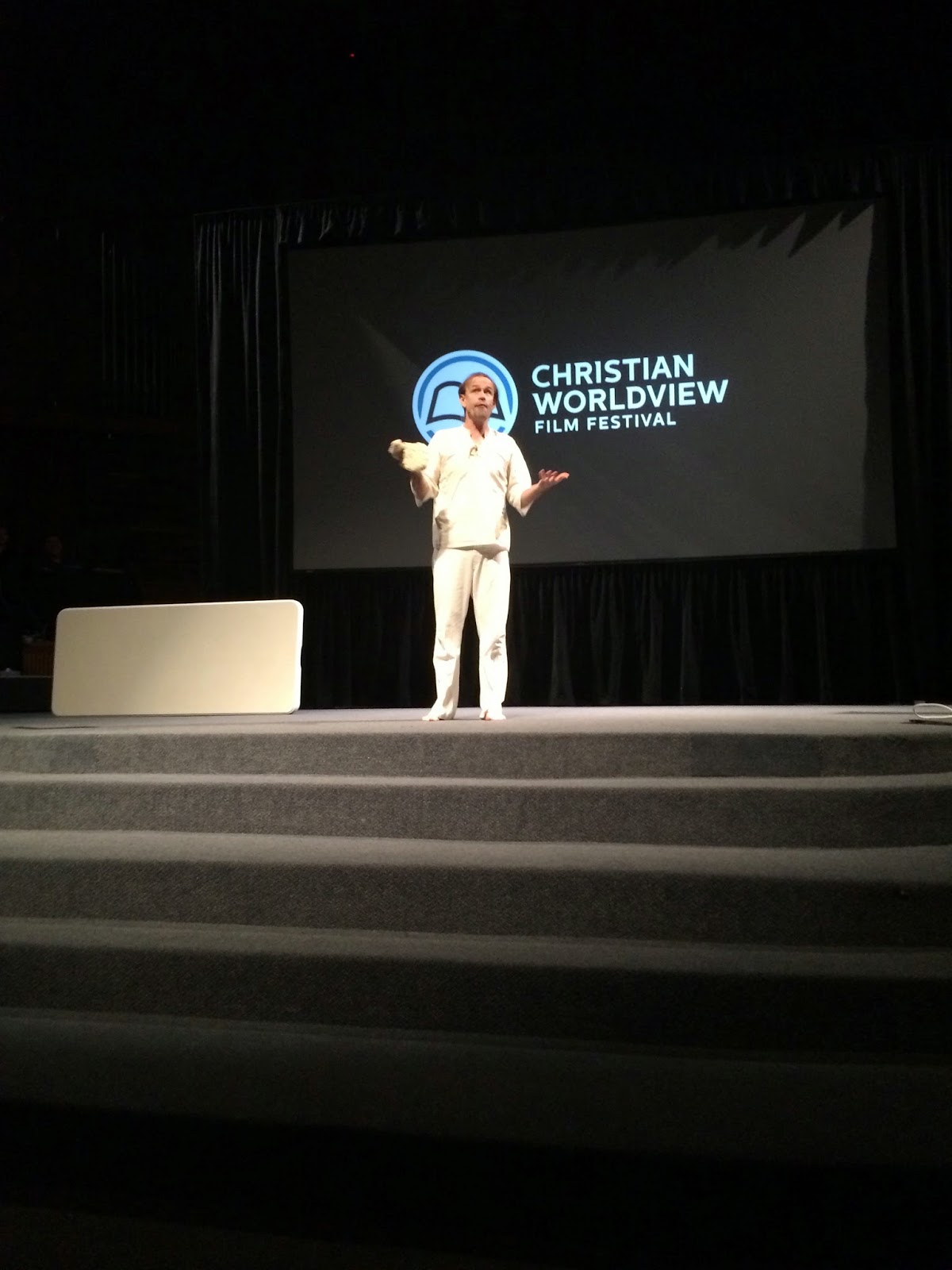 The younger ones were very excited to recognize this actor from one of our favorite family movies, Indescribable.

We had a wonderful time at the fest. Sadly we weren't there much (arrived Friday afternoon, sang Friday night, and were in and out on Saturday) and weren't able to take in very much of the festival just due to our totally different schedule since we didn't have the bus. It really changes the schedule when you have to worry about leaving for food and lodging and other needs instead of what we are used to-just going to the bus! But for the little bit of time we were able to be there, we enjoyed meeting up with many old friends and making new ones, and taking in a few of the movies and sessions going on.

Thanks so everyone who was so gracious to our family during week ten! The Lord was so good to cross our paths with just the right people during this week of being without our bus.

"Stand therefore, having your feet shod with the preparation of the gospel of peace;
Above all, taking the shield of faith, wherewith ye shall be able to quench all the fiery darts of the wicked. And take the helmet of salvation, and the sword of the Spirit, which is the word of God: Praying always with all prayer and supplication in the Spirit, and watching thereunto with all perseverance and supplication for all saints;
And for me, that utterance may be given unto me, that I may open my mouth boldly, to make known the mystery of the gospel."
Ephesians 6:15-19