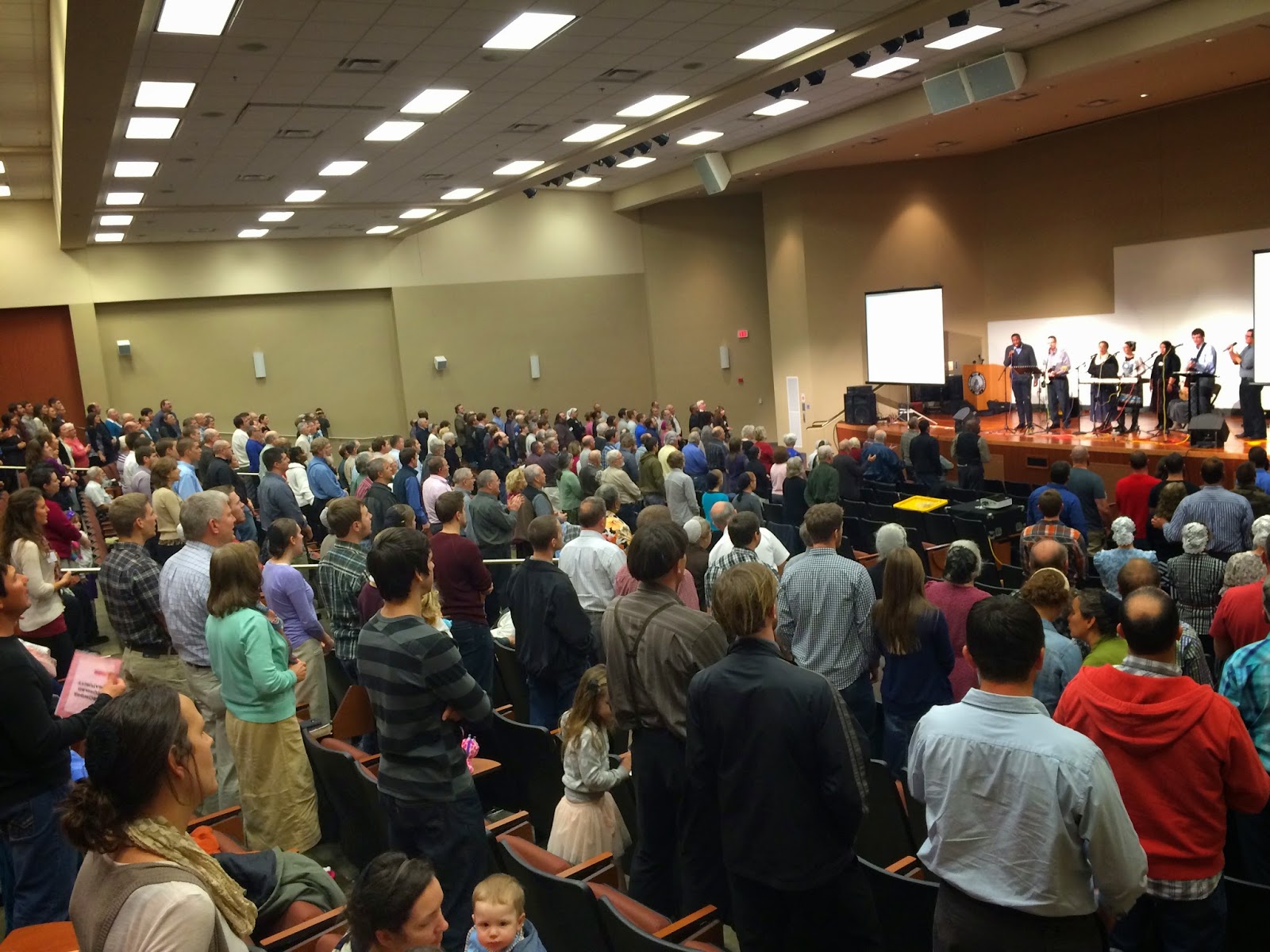 The beginning of week #4 found us at one of our favorite events of the year-the Alabama ReNew Hope Prison Crusade! If you were to ask pretty much anyone in our family where our favorite place is to sing, you would hear that it is most definitely prison! It has been one of the greatest blessings I have ever experienced in my life, to be able to be involved in prison ministry, and I am SO grateful to my parents for making this ministry a priority for our family. The last ten years of prison ministry have shaped and molded my life in so many ways.

The week began with the Sunday rally, which is always an amazing time of worship, challenges from the Word, and reconnecting with all of our old crusade friends. 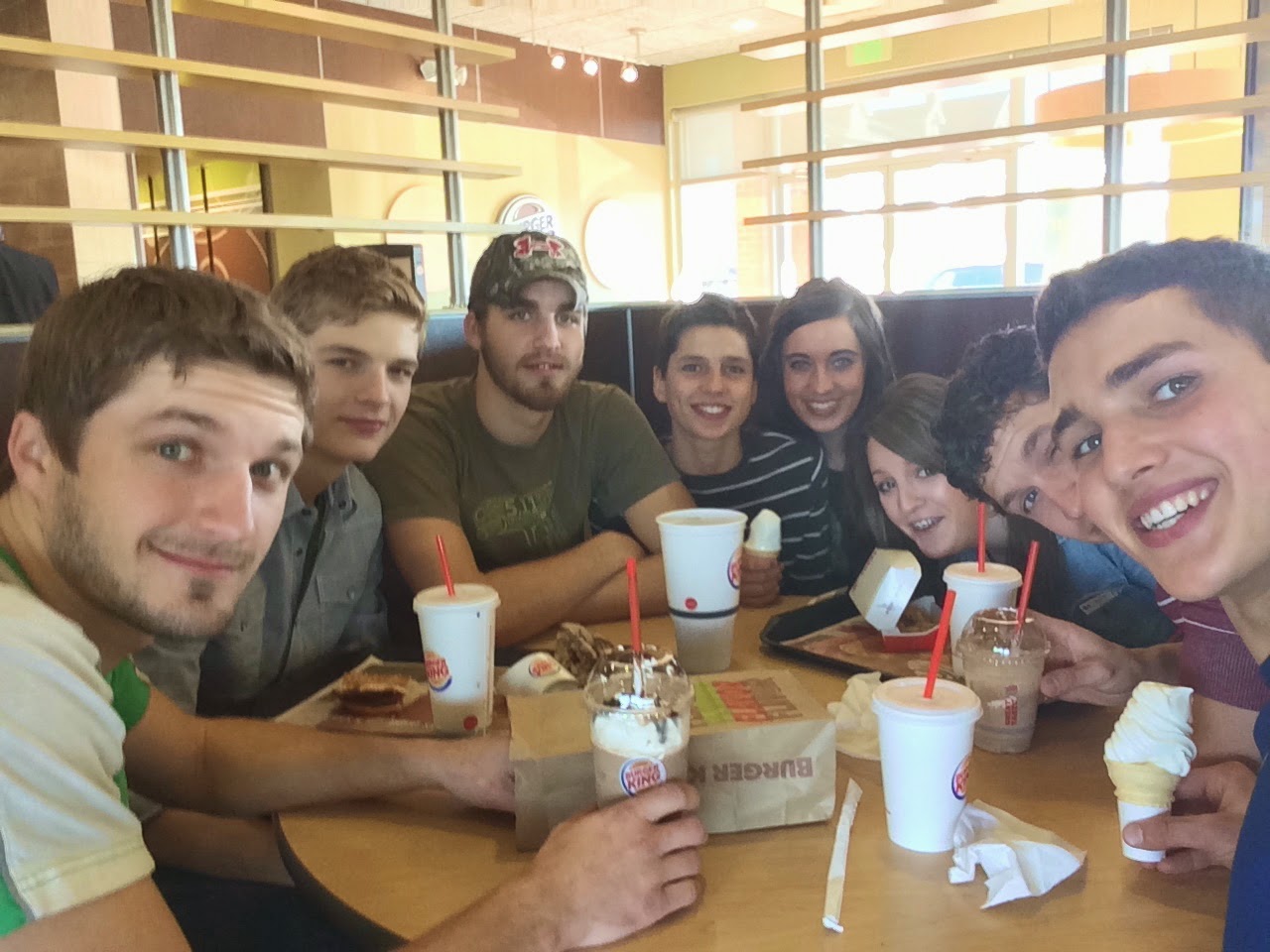 (Denver, Carson, & I at Burger King with these dear friends)

During the days of the crusade, we were parked at the hotel with a group of the other singing families. We stayed busy with school, laundry, office work, and a myriad of other projects before heading into the prisons each day around mid-afternoon. We also were able to squeeze in a special outings/games/discussions with the other families.

Sadly we don't have any pictures of our prison services, because we aren't allowed to take phones or cameras inside the prisons. We had four incredible services filled with so many answers to prayer. God moved in mighty ways! Mitchell preached for us this year and he connected with the prisoners so well. Every night we saw souls saved and broken lives being mended and restored. It was an amazing week. There are too many stories to list but suffice to say we saw God working all week long in so many ways that strengthened our faith! 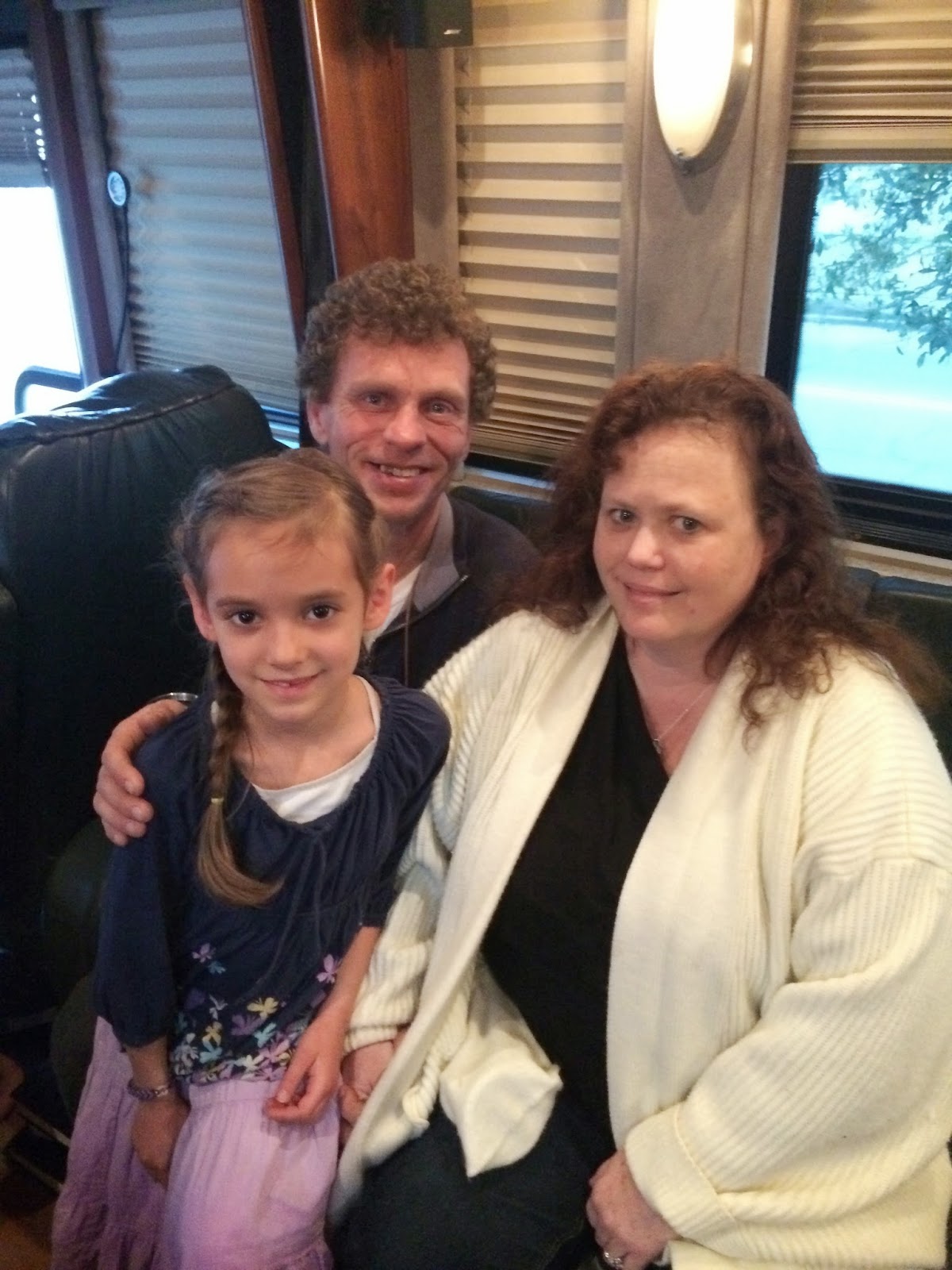 A definite highlight of the week was getting to meet with our friend Robert and his wife. Robert has an incredible testimony-he was an inmate at one of the prisons we sang at four years ago during a crusade and he got saved in our service. Afterwards he wrote our family and told us his testimony, and how it was Rebecca singing "Jesus Loves Me" that touched his heart and convicted him of his need for salvation. Throughout the years he has written our family at various times to let us know how he is doing and how he is living for the Lord and growing in his faith. He got out of prison three months ago and we were able to meet up with him for the first time. Hearing his testimony again and also hearing what all God has been doing in his life since he got out of prison....was so incredible. 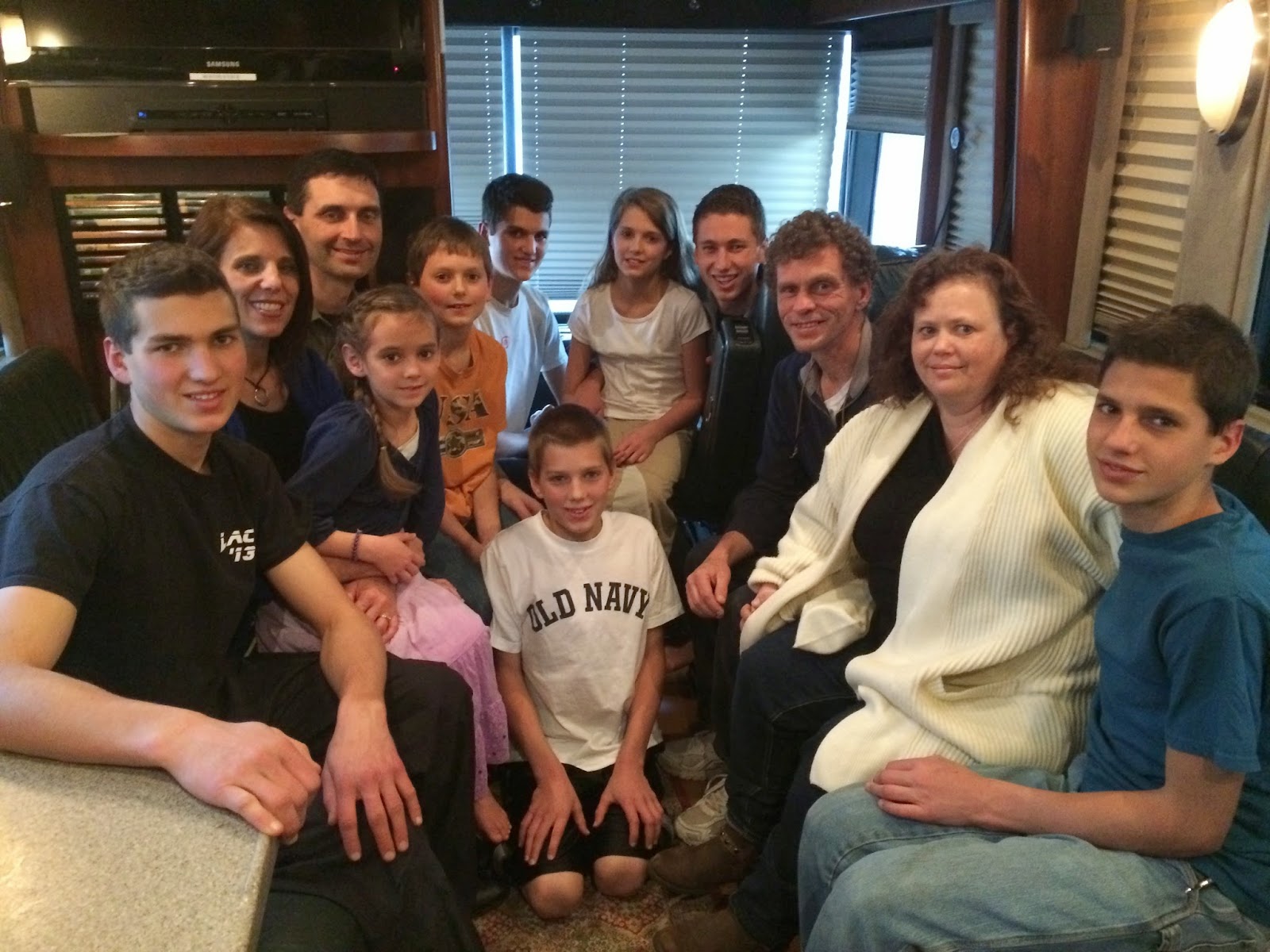 It is awesome to think that God was able to use a little three year to touch the heart of a hardened criminal, and now to see how the Lord has changed his heart and his life! It just goes to show that God can use ANYONE-old or young-to be His ambassador of the gospel! 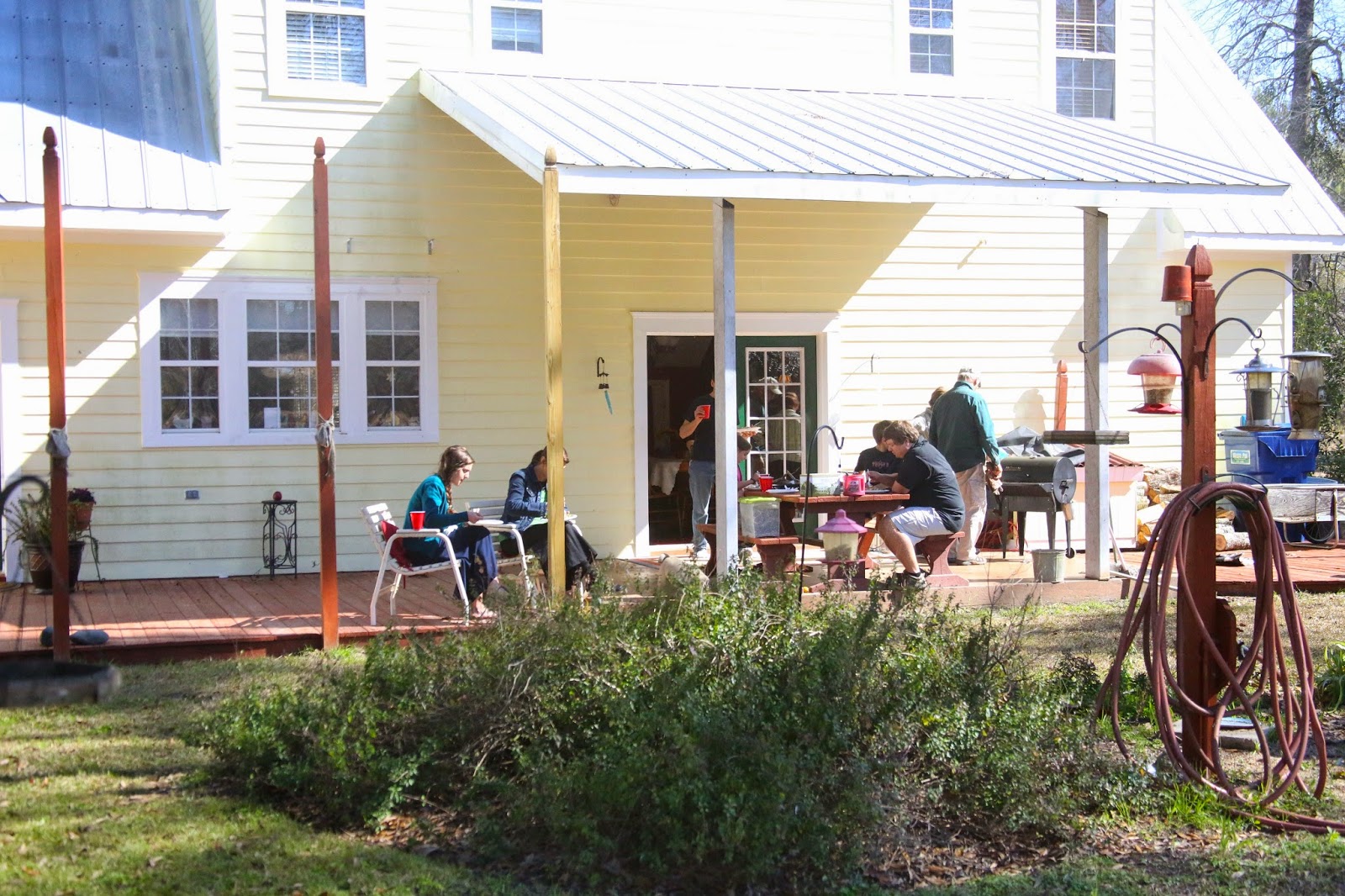 After the intense days involved in prisons ministry and other concerts, we were all excited for a Saturday off at our favorite Florida spot. This place does southern hospitality like none other-we always feel like kings and queens when we are there. =) But best of all it is where mom's brother &  his family live, and that is what makes it the most special! 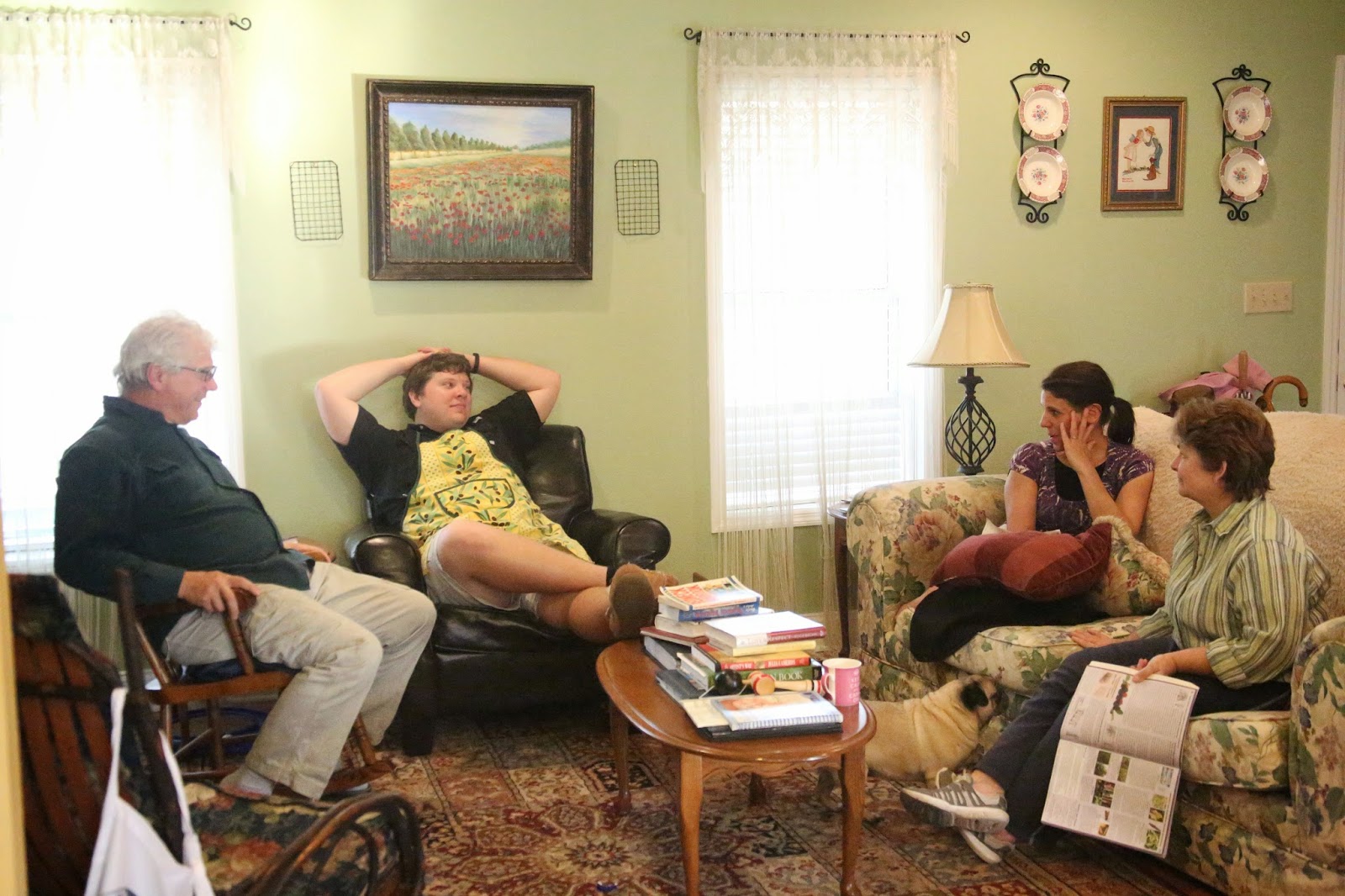 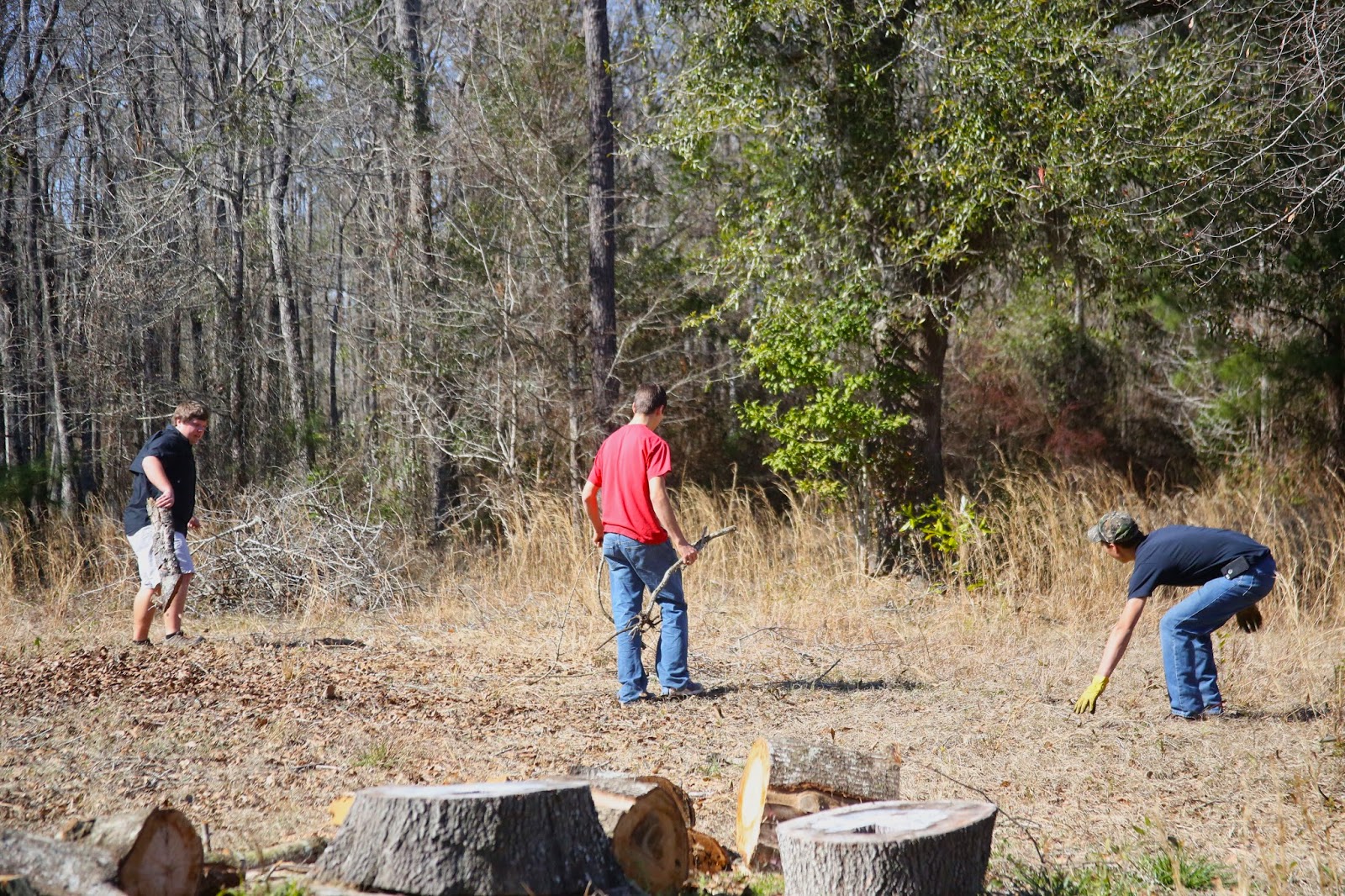 And work time! The guys have so much energy that gets bottled up in that bus. So whenever we are parked somewhere my dear mother will beg our hosts to please give the boys some work projects to do. =) 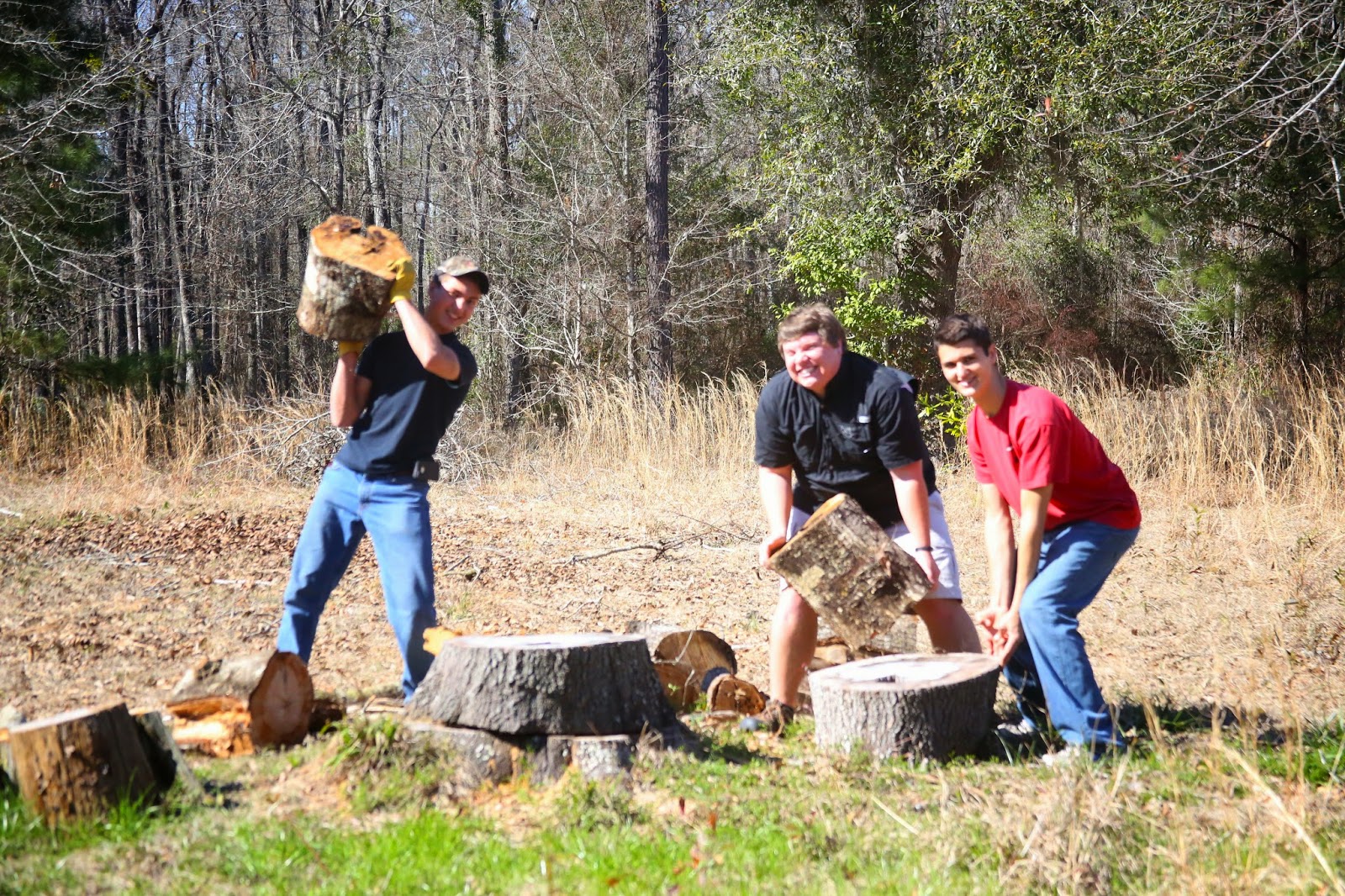 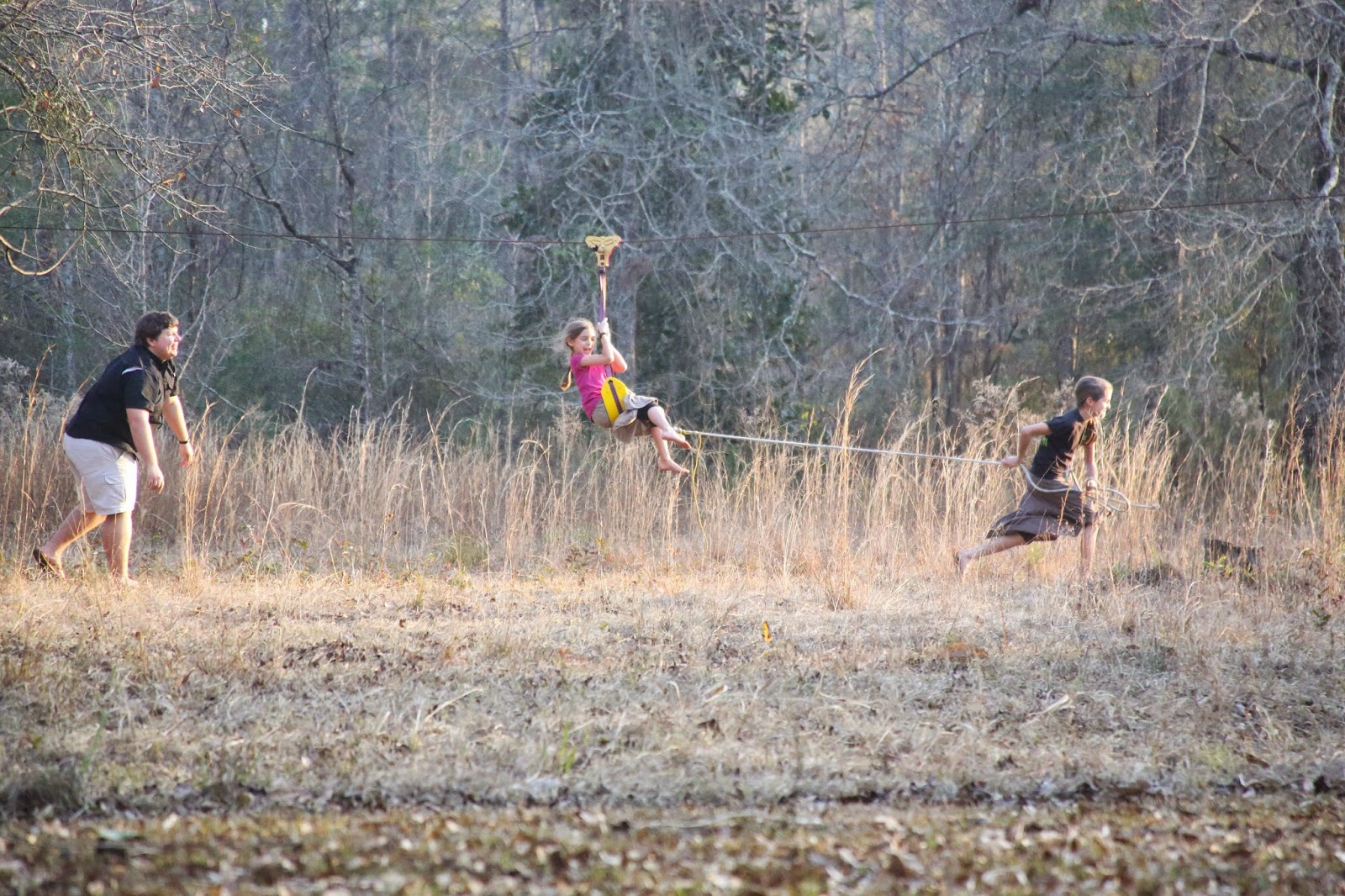 Fun with cousin Nic, riding the long zipline in the backyard. 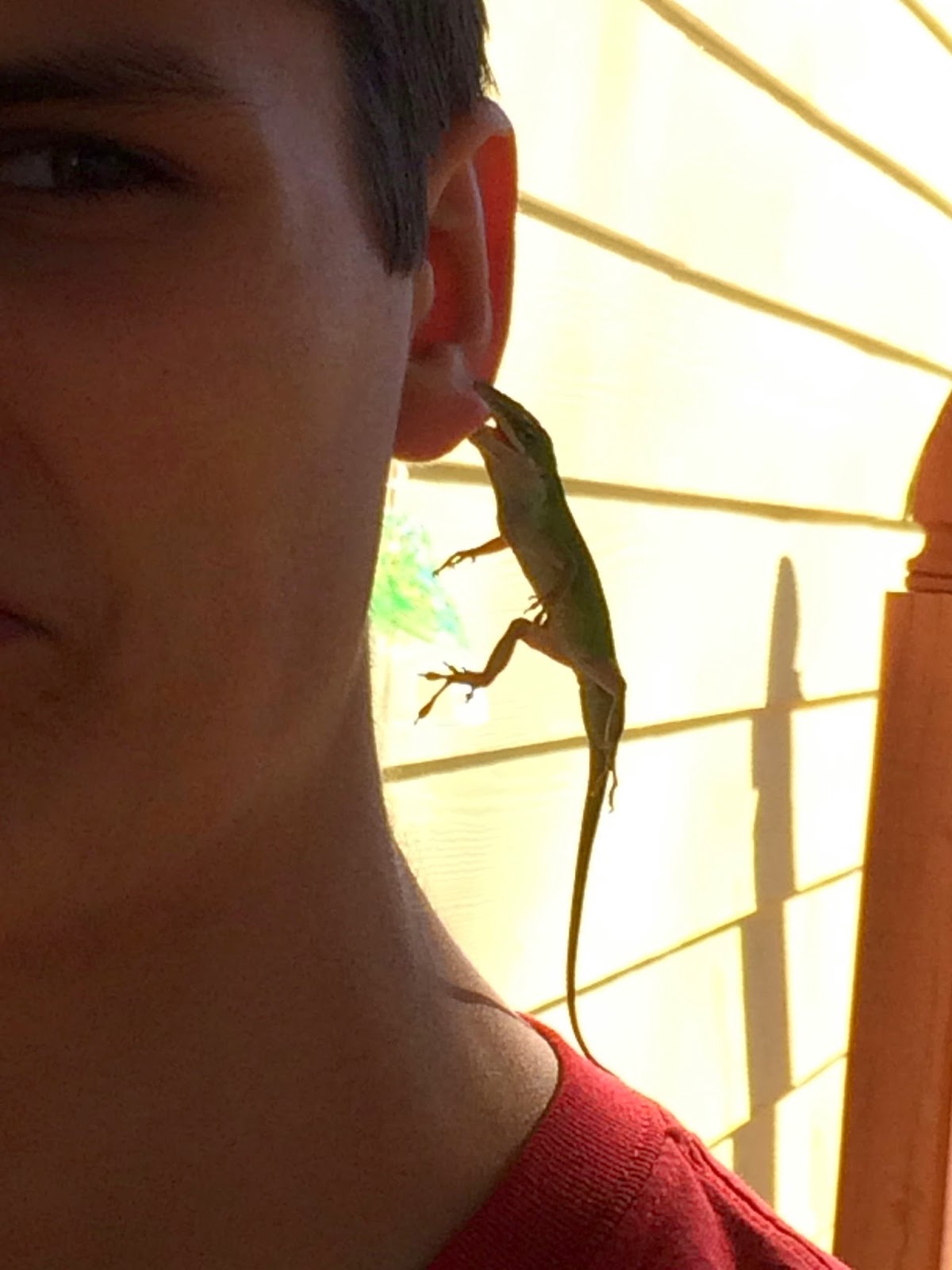 No words. Except that yes, this lizard was real. And NO, it was not my idea to take this picture. =) 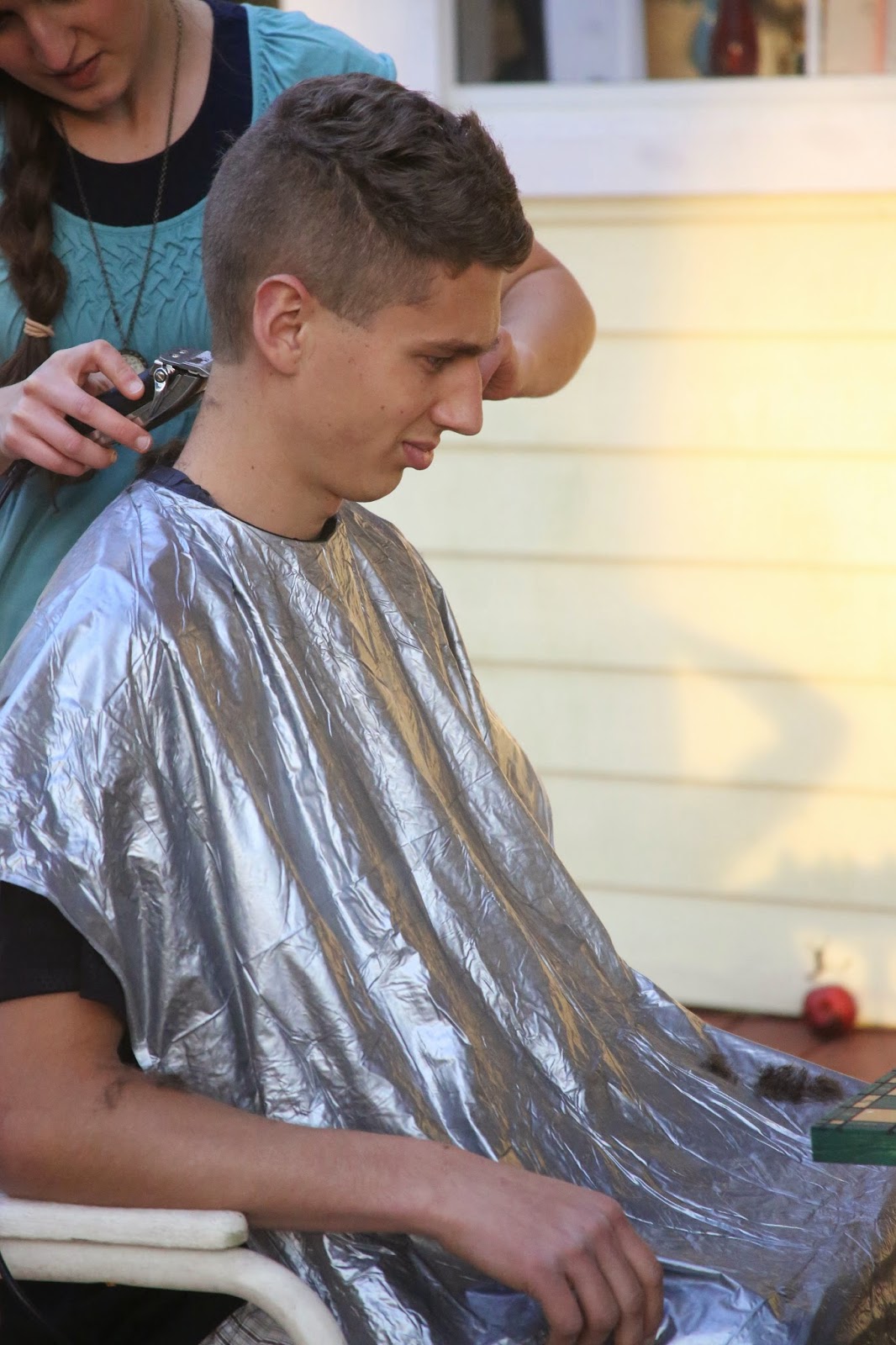 The guys were starting to get a little shaggy so Allison set up her barber shop on the back porch and gave all of them haircuts. 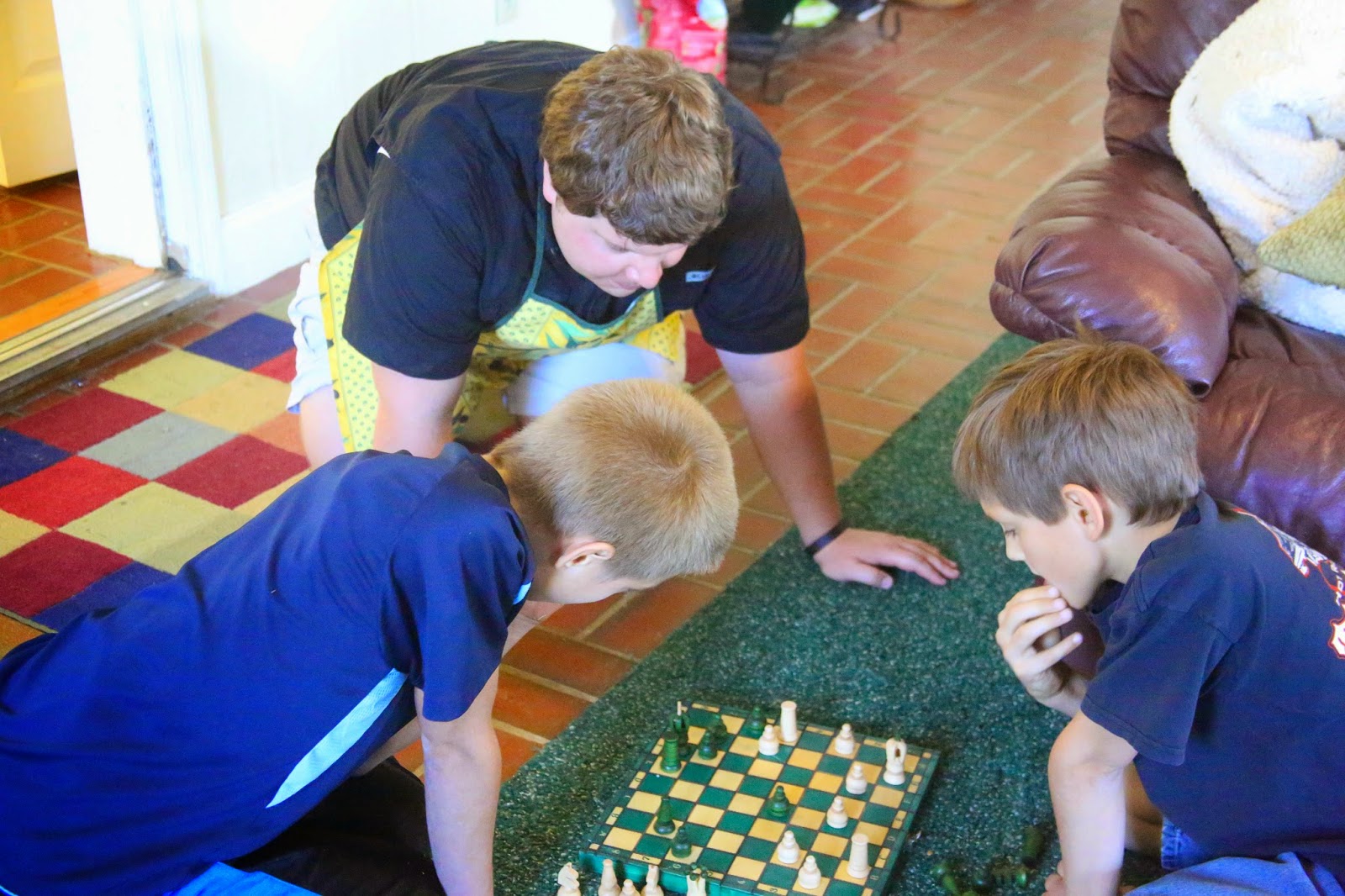 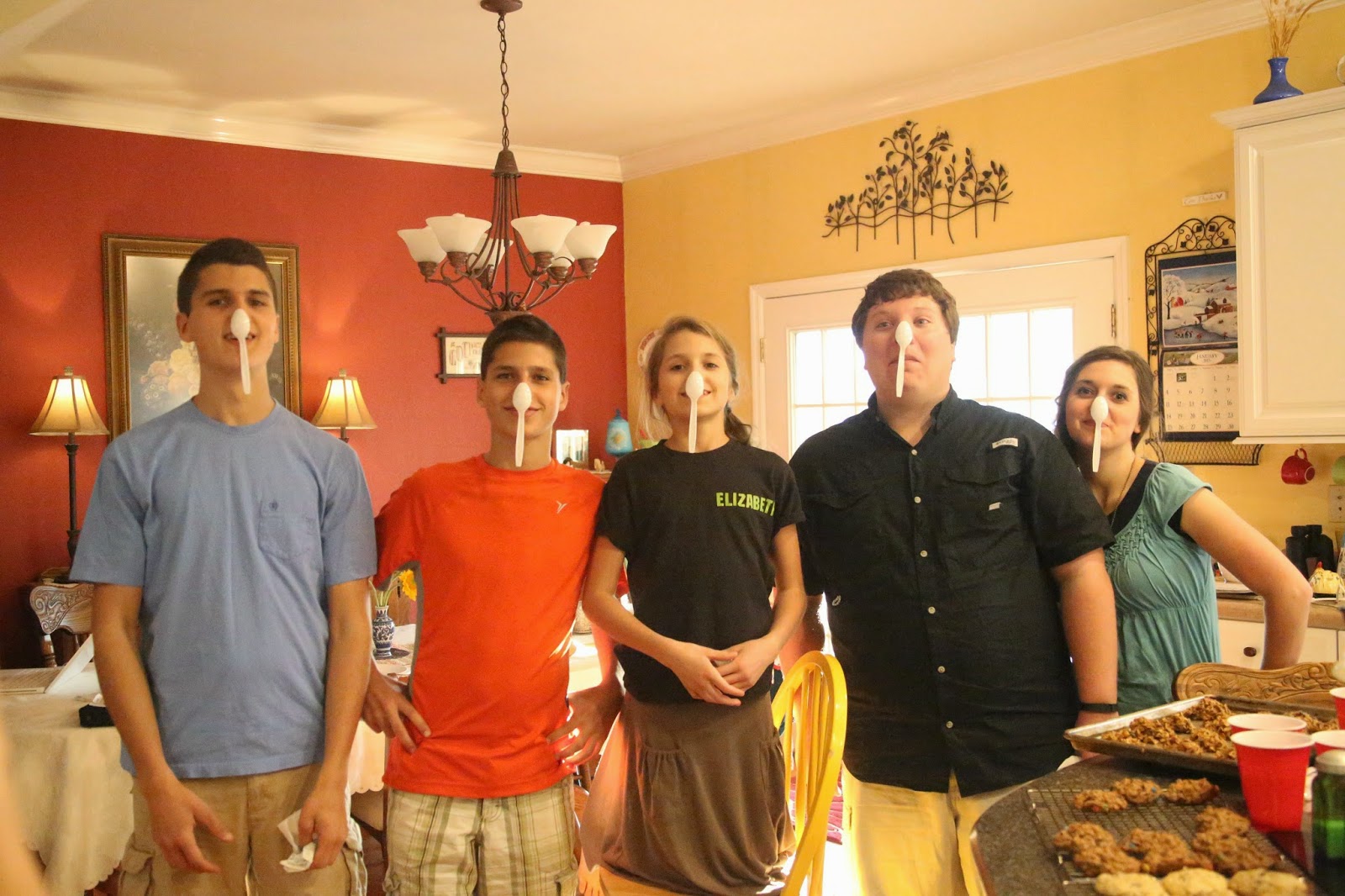 We always learn strange new things when we are with cousin Nic. =) I never thought it would be possible to get a spoon to stay suspended off of ones nose. But Nic has all sorts of tricks in his bag! During our time there, several Bontragers became quite proficient in this, ahem, "skill". 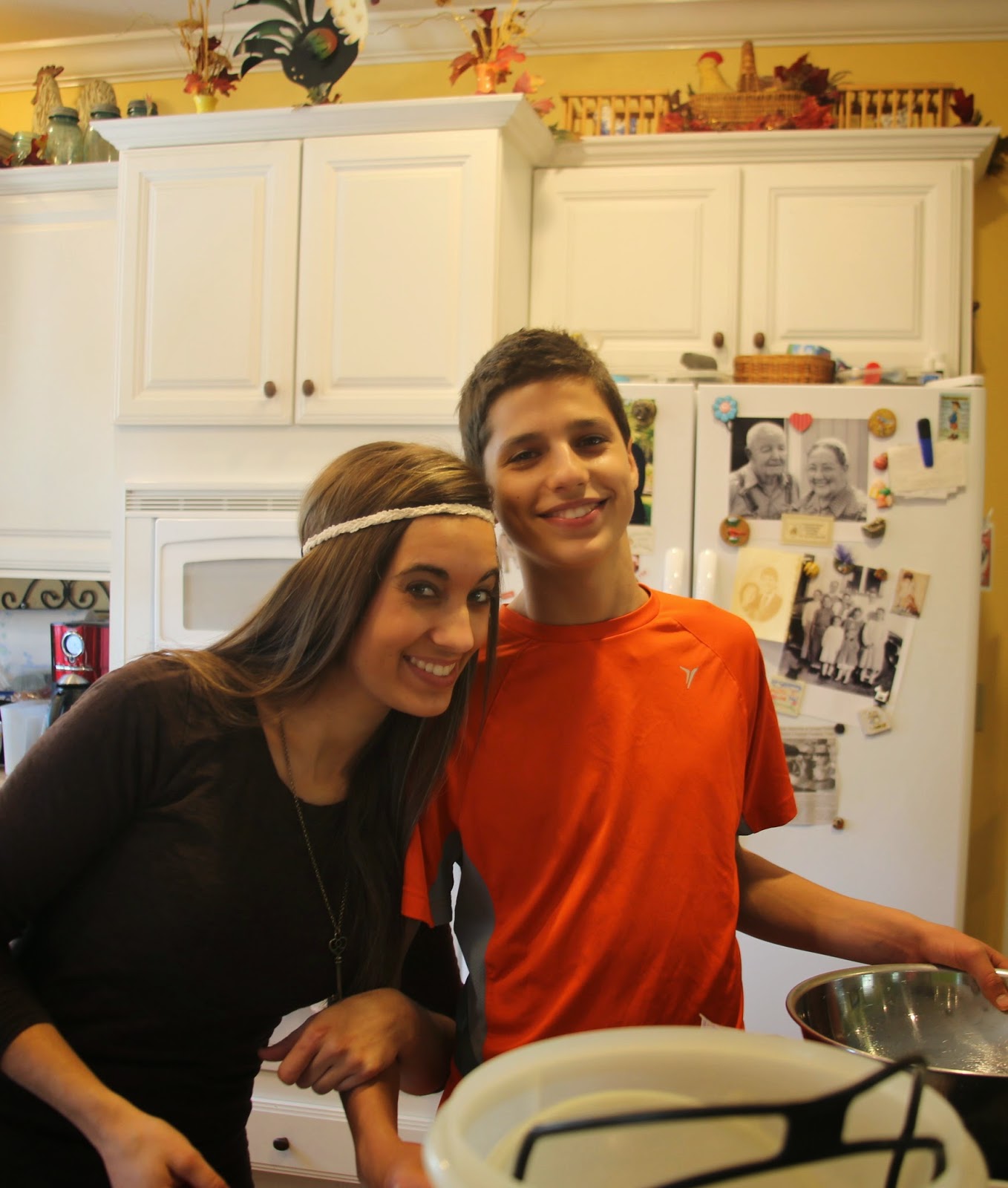 Kitchen time! Our dear aunt let us cook and bake to our hearts' content! We were all having fresh cookie cravings so we made ?? batches that afternoon.
And yes, Denver is really taller than me. I don't know how it happened. He gets the award for growing the most in 2014. Five foot six...and climbing! =) 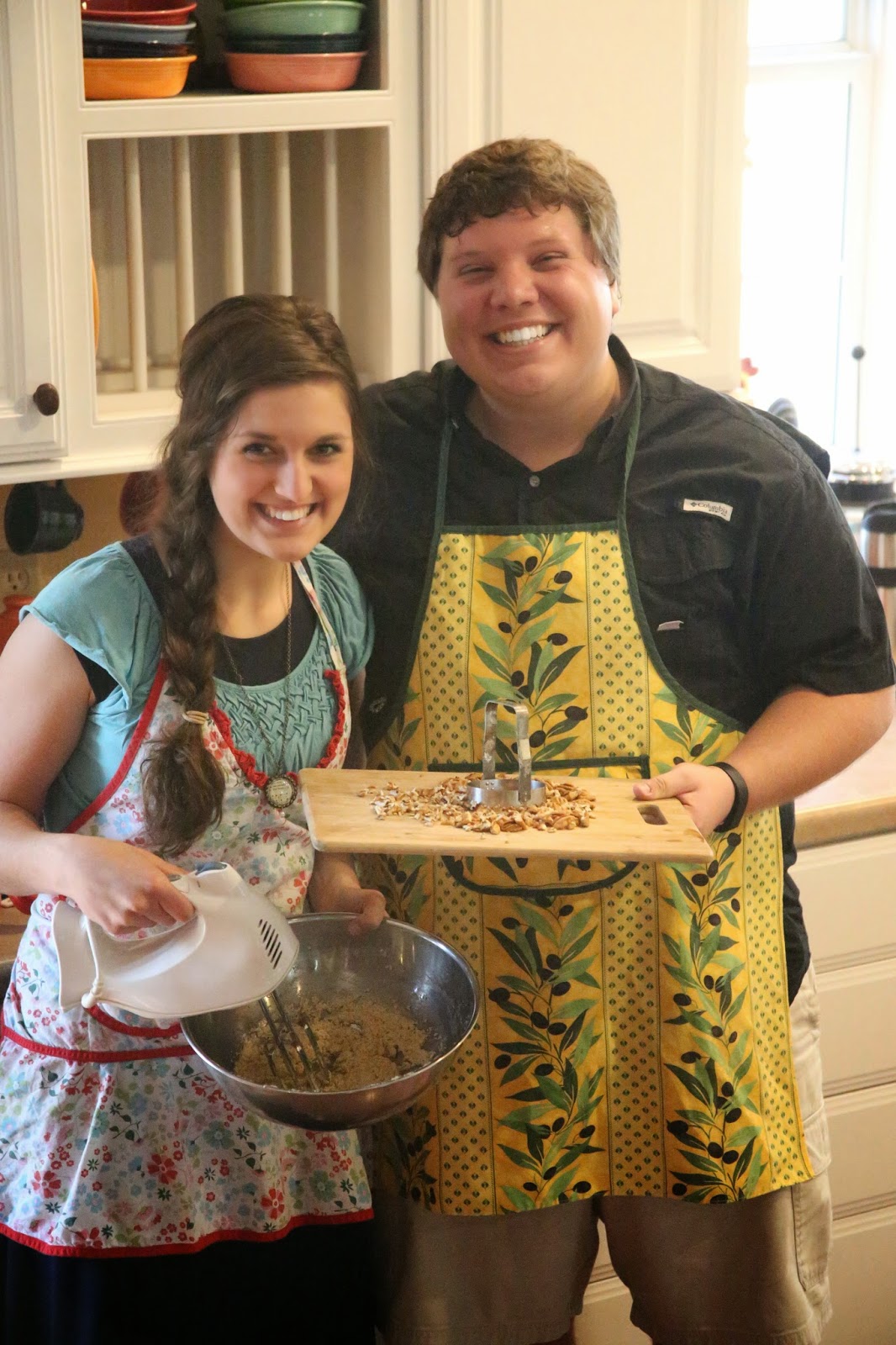 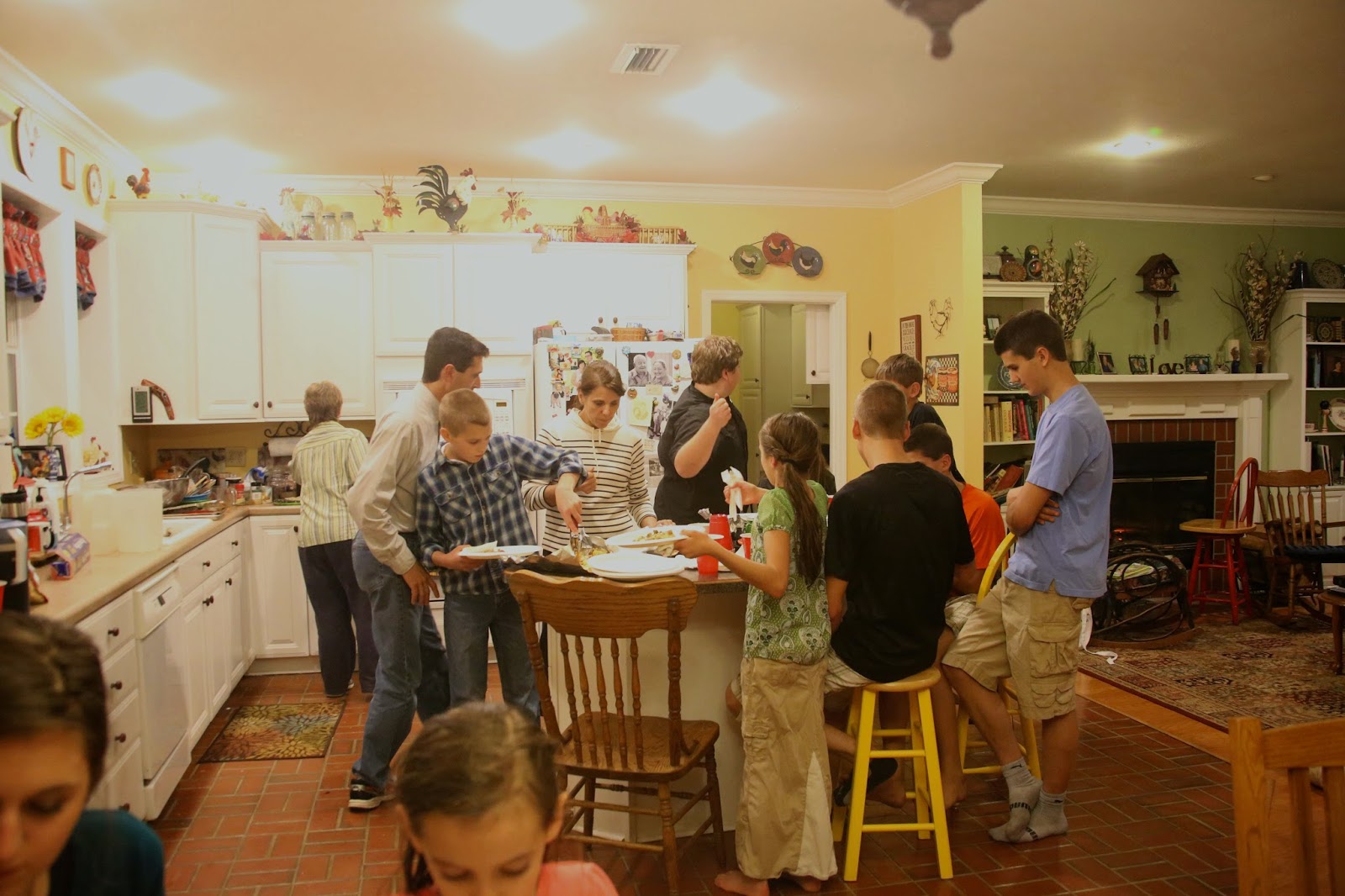 For dinner we had "make your own" pizzas. We did this last year when we were there and it was such a huge hit that they did it again for us. What fun. 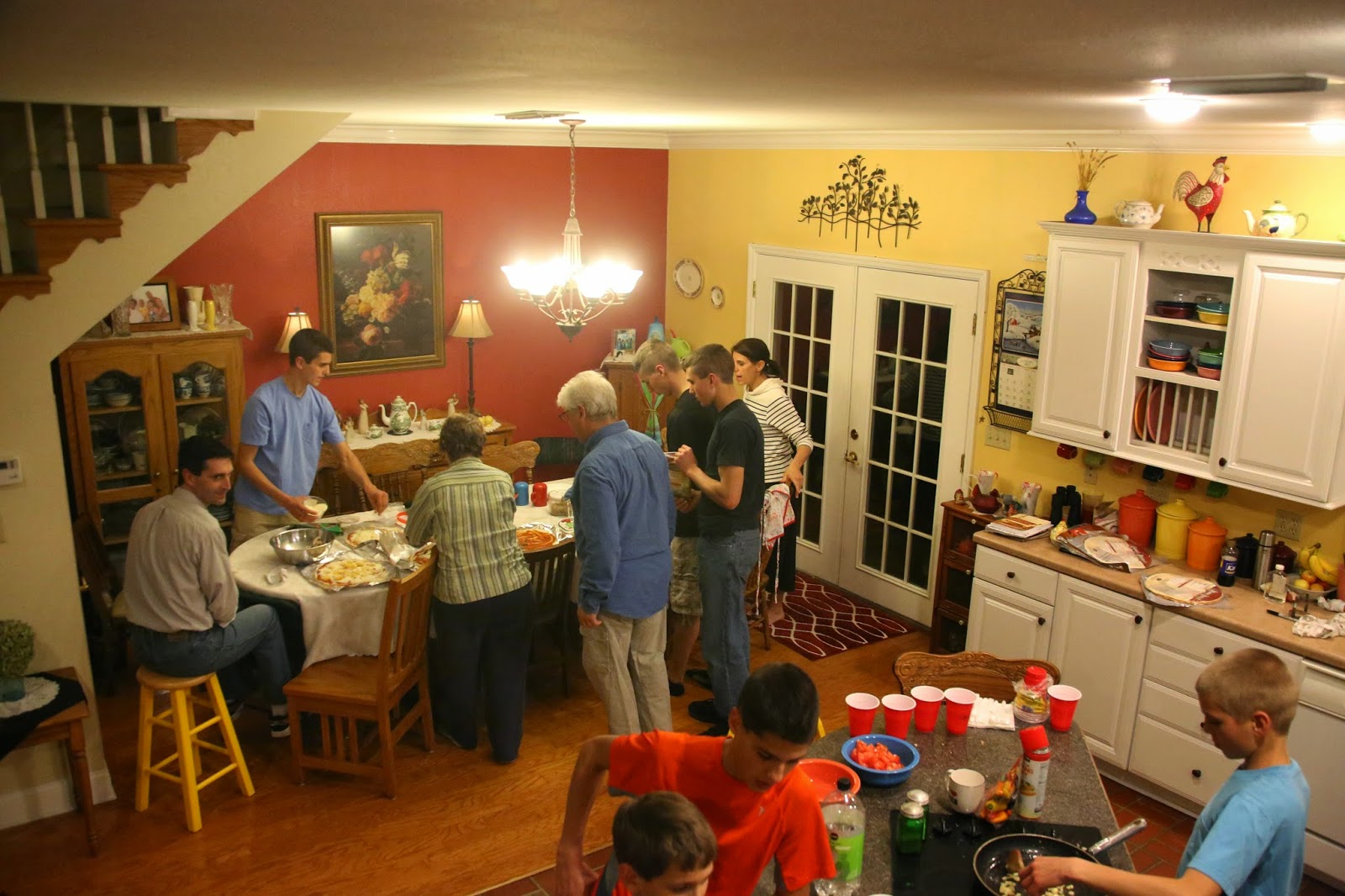 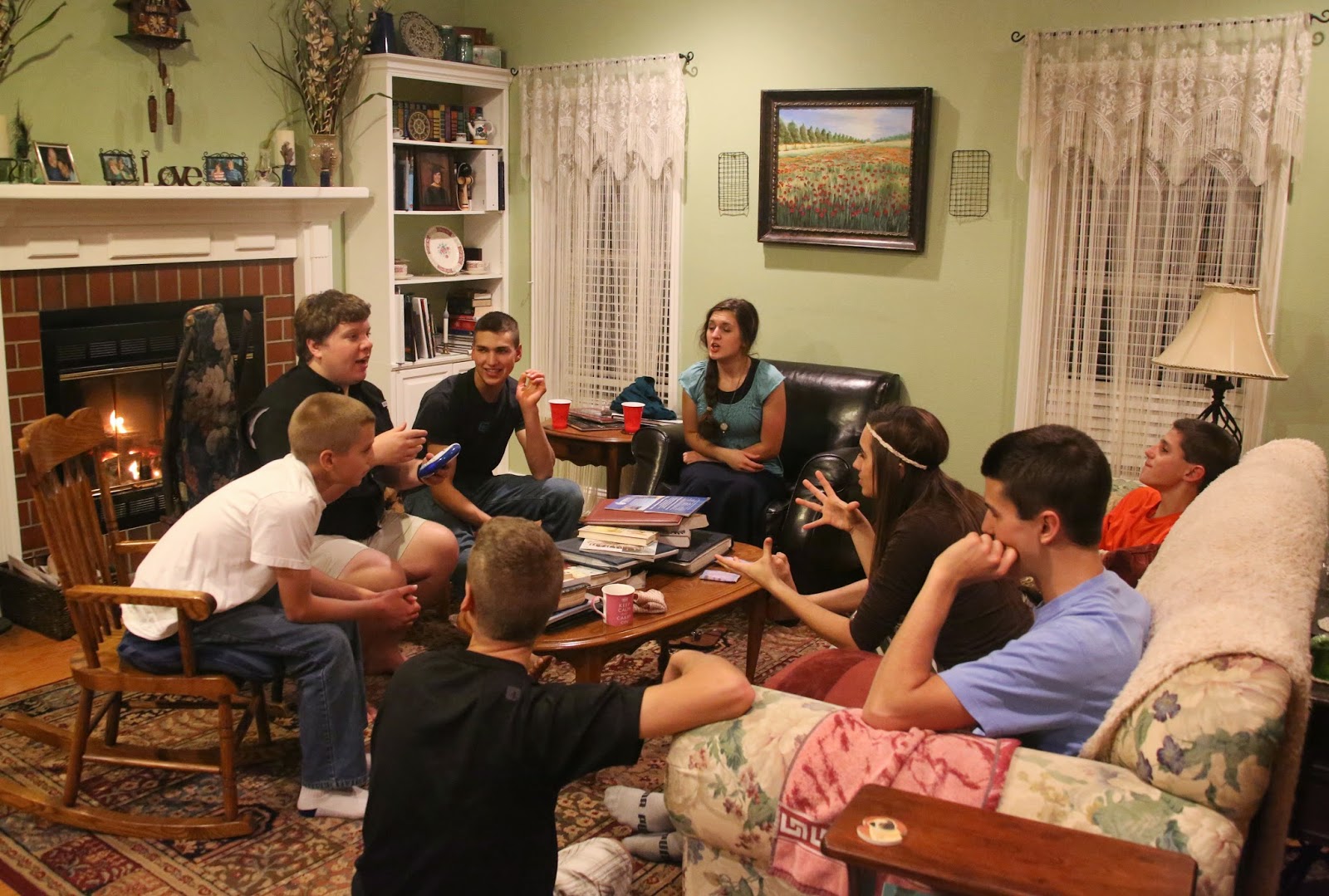 "The LOVE of family is one of life's greatest blessings."

{posted by chelsy}
Posted by Bontrager Family Singers at 10:34 AM