Enjoy a small glimpse of what goes on behind the scenes during the Play!
(a reporter from the Gazette came for our last two dress rehearsals and then did a feature story about the play) 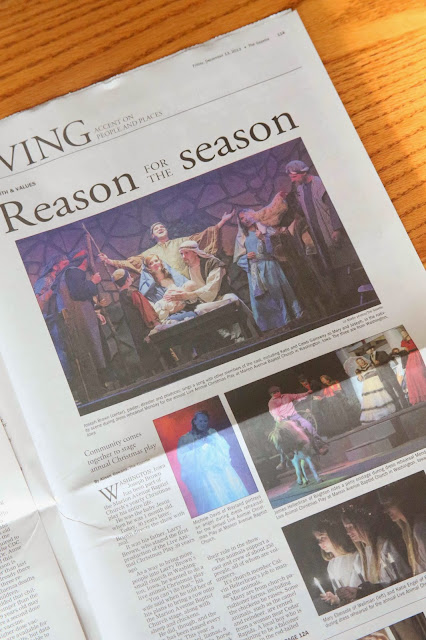 There is SO much make-up needed with all the lights on the actors.  The fabulous Cassie headed up the makeup team.  I enjoyed doing makeup on Elizabeth. 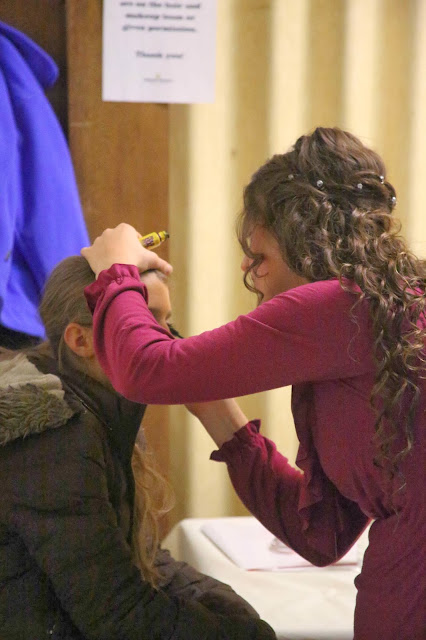 Sarah is so talented- I'd love to be learn to do stage makeup like this lady! 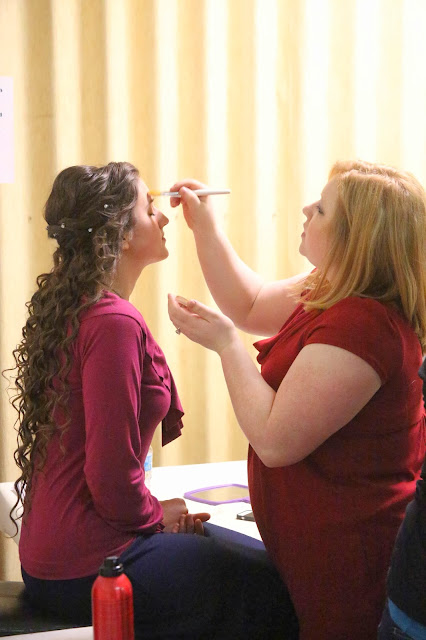 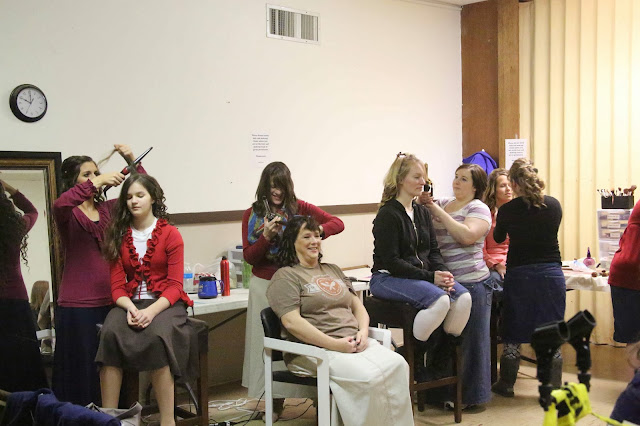 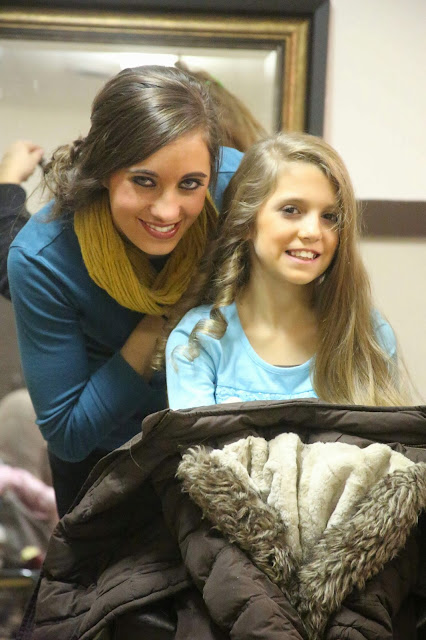 Rebs just loved getting to act with Haley.  They were Mary's sisters, Lydia and Rebecca, in the play, and Haley took such good care of Rebecca! 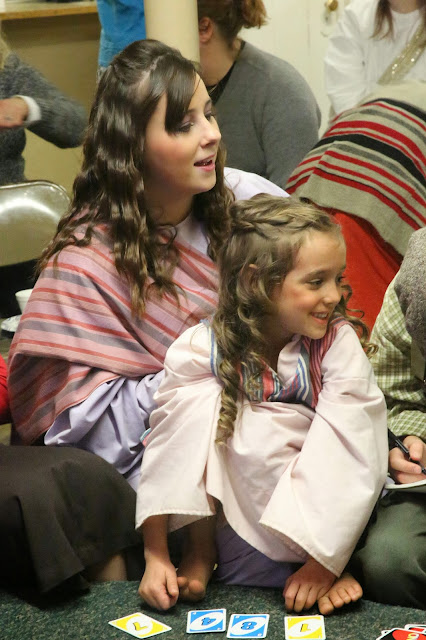 Elizabeth enjoyed organizing games after her part was over. 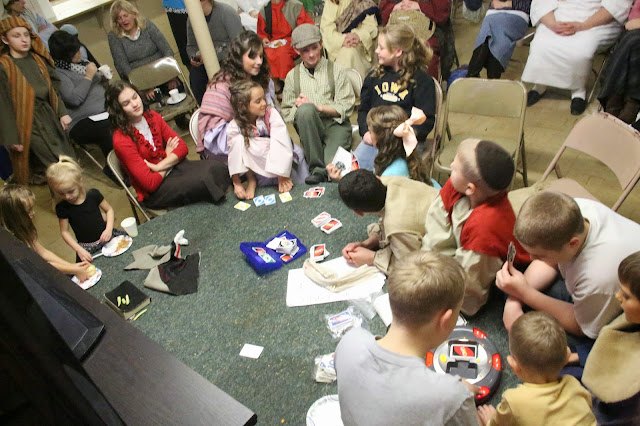 Caleb (Joseph), John (Prince Archaleus), and Dad (a Roman Senator)
Interesting fact here: the fox fur hanging over John's shoulders? That comes from Denver's fur collection-it's from the fox he trapped last year. It was AMAZING with John's outfit! 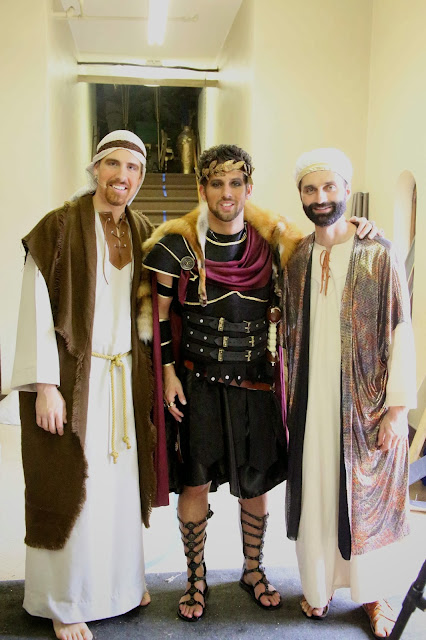 Side note: don't you just love Dad's beard?!  This fall was the first time in my life that I've seen my dad with facial hair.  He grew an awesome beard just for the play! 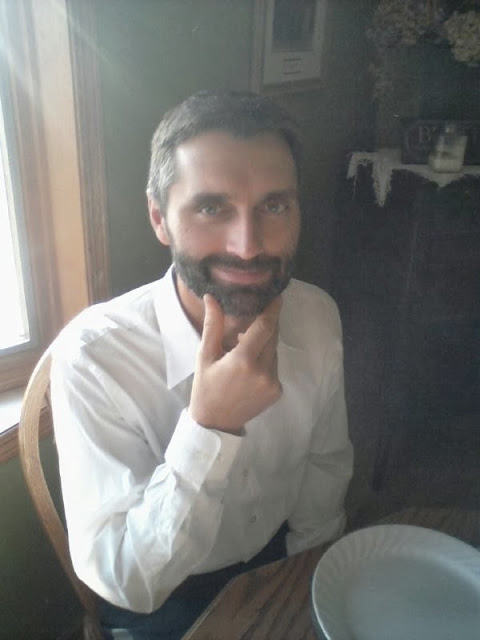 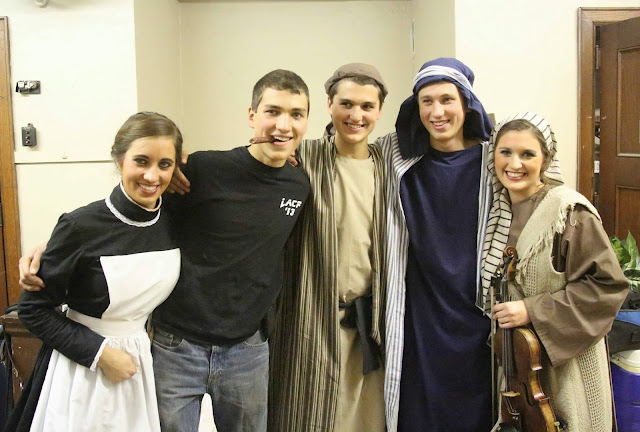 Cassie painted on some bruises/blood for the scene where I had been beaten. 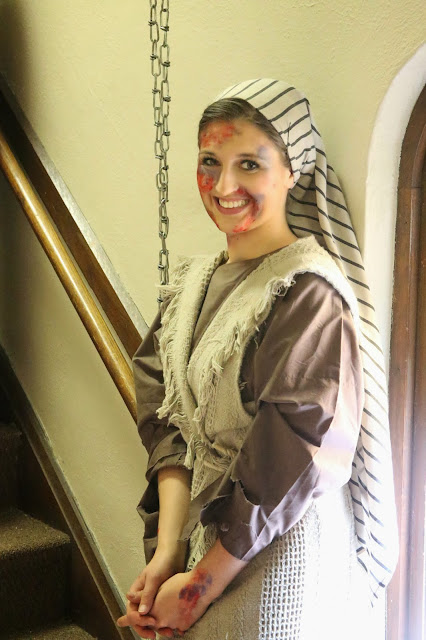 I had to post this picture because I just love Mitchell's expression.  He does cheesy well, apparently. 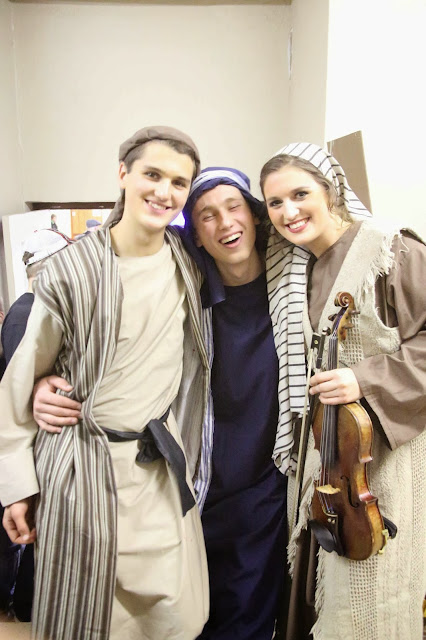 Waiting to go on stage for our "Away in a Manger" offertory ensemble. 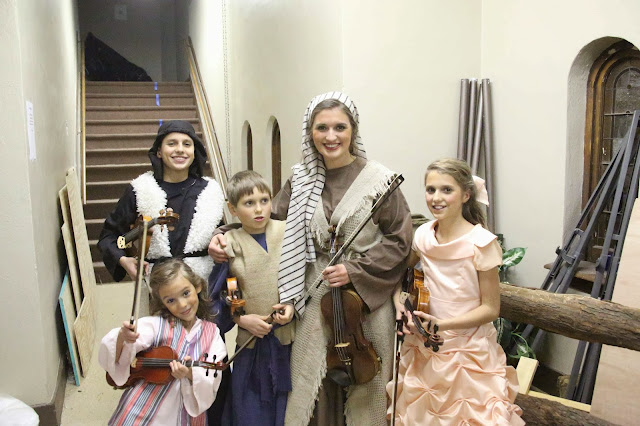 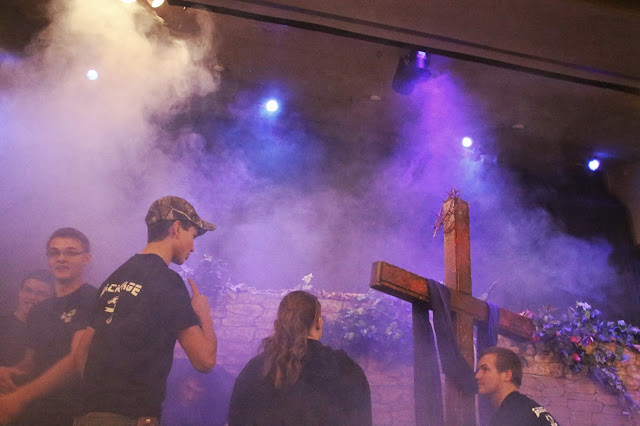 This crew.  These people!  THE backstage folks are amazing.  They have one of the hardest jobs, and they do it really really well.  Imagine hurrying and scurrying to completely change scenes with dozens of props, sometimes in only minutes.  Building amazing props, running up and down stair carrying props, setting everything up so the stage looks just right- you name it, these guys do it.  Carson has been part of "the crew" last year and this year, and he loves it. 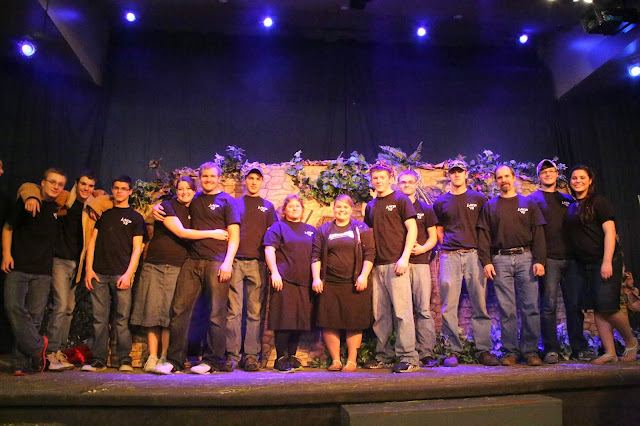 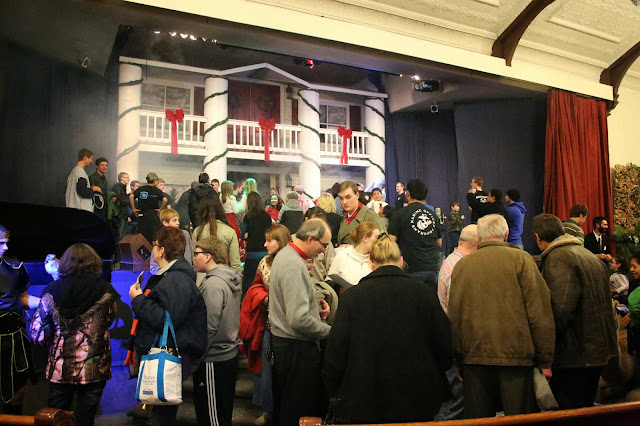 The backstage guys (ok, yeah, that's the toughest lady of them all on the bottom of the pile:) decided to show us what they're made of. 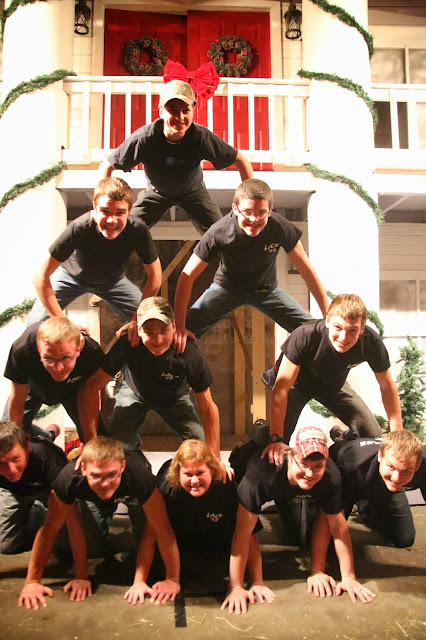 They have some muscles, these guys do! 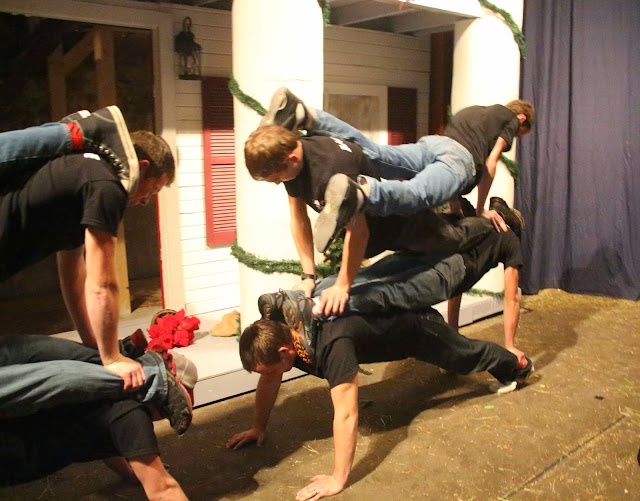 Be watching for photos of the play coming soon!