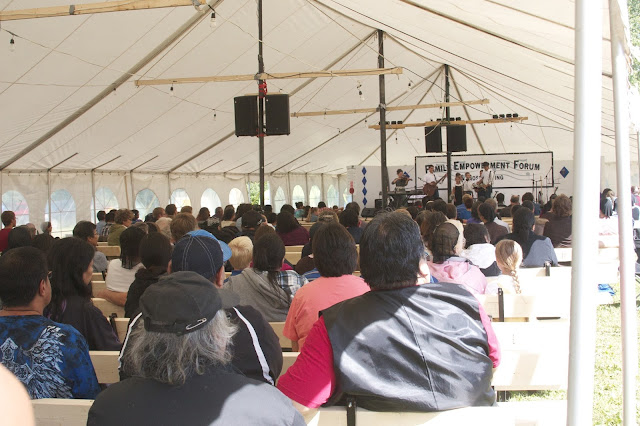 August 2-4th, we spent at Beaver Lake Camp in Dryden, Ontario.
We were one of the featured groups at their annual Family Empowerment Camp/Weekend event.
It was a busy weekend with lots of people to meet/talk to, and four times for our family sing. 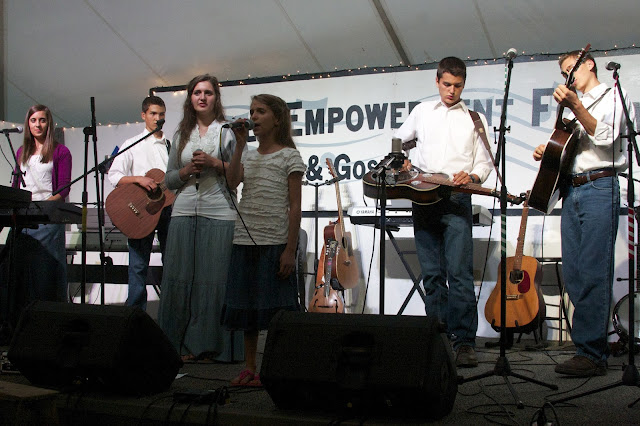 we sang late at night... 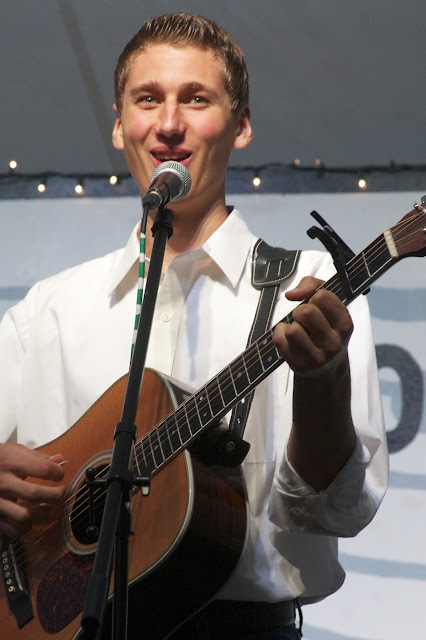 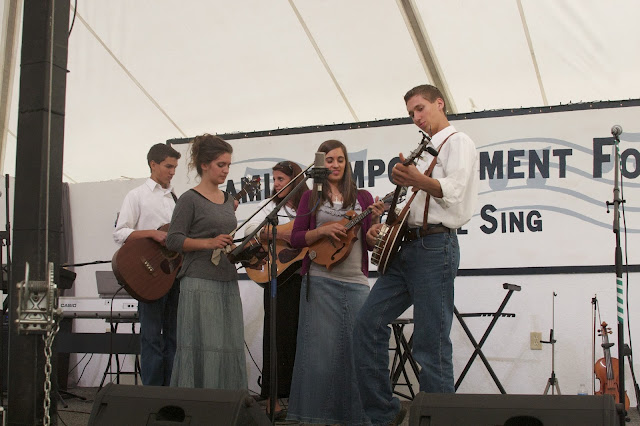 ...and during the day 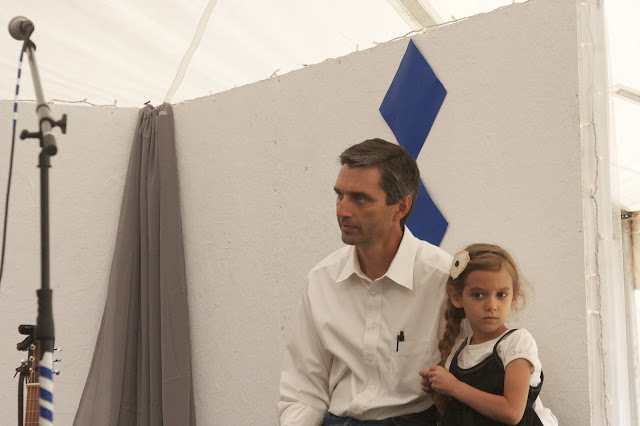 I've really been working on getting pictures of us while we are doing our concerts.
After all, that is the main thing we do while we are on tour, and its not a very accurate description of our time to be constantly posting about other things, and not our concerts. =)
The problem in this is that I am on all of our songs currently except for one. So my chances to get a variety of pictures are basically non-existent.
I've been training in some siblings though. =)
So these pictures were shot by Josh, Allison, Liz, mom, and myself. 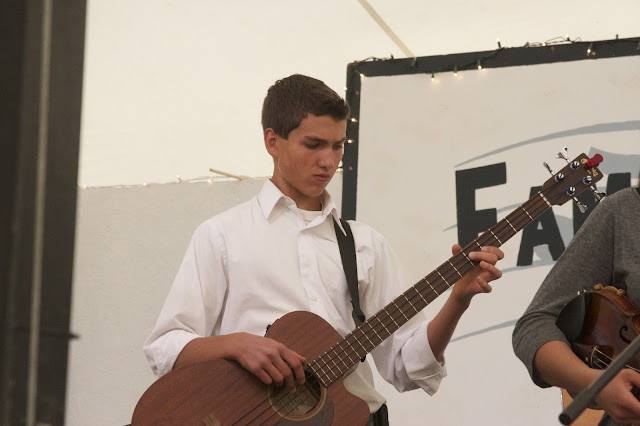 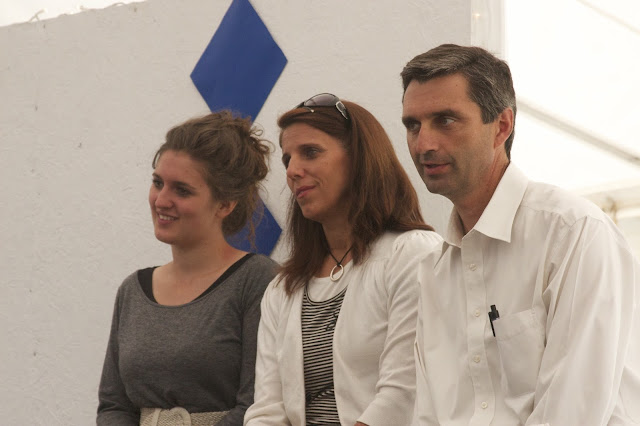 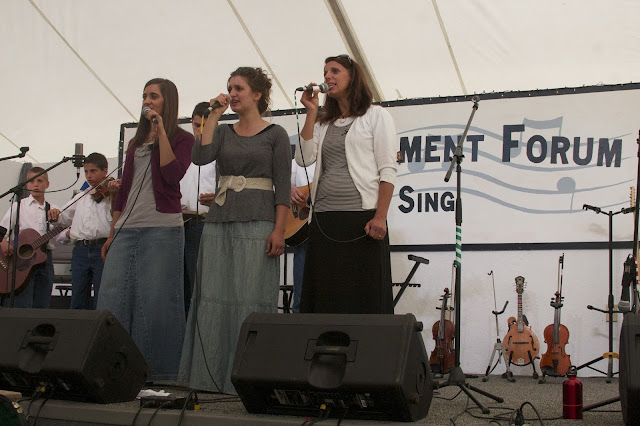 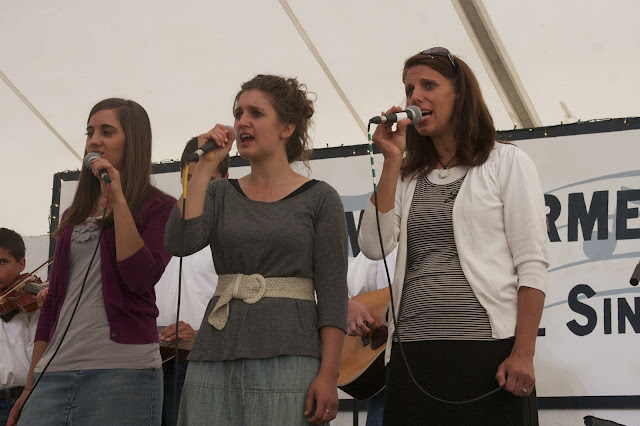 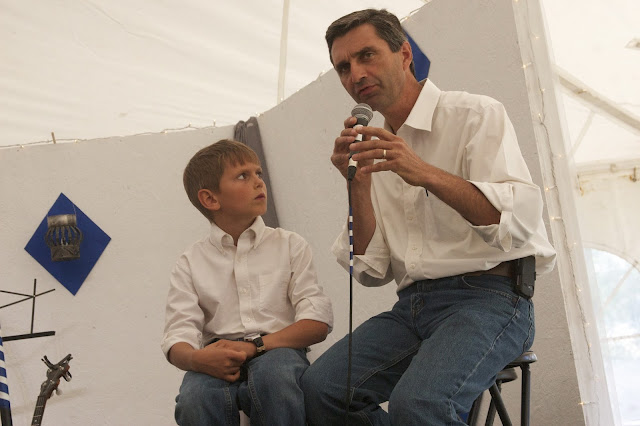 Hudson & Dad in the "I Pledge Allegiance" drama. 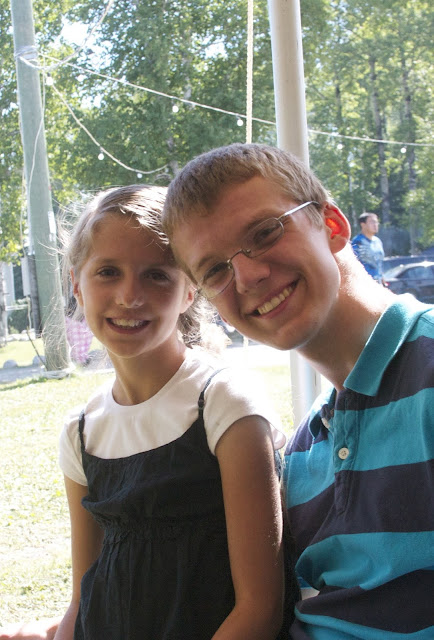 The big treat of the wkend was getting to spend time with cousins!
We have a cousin who is in full-time service with the mission there, and then another first cousin and a second cousin who were there as camp counselors for the summer. 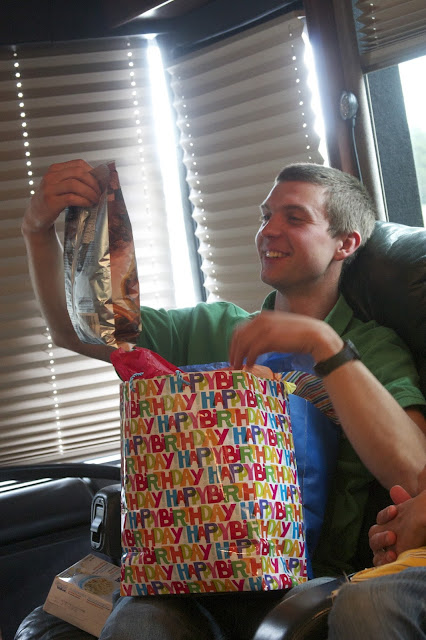 We had a birthday party on Saturday for our cousin, who was turning 25. It was great fun! 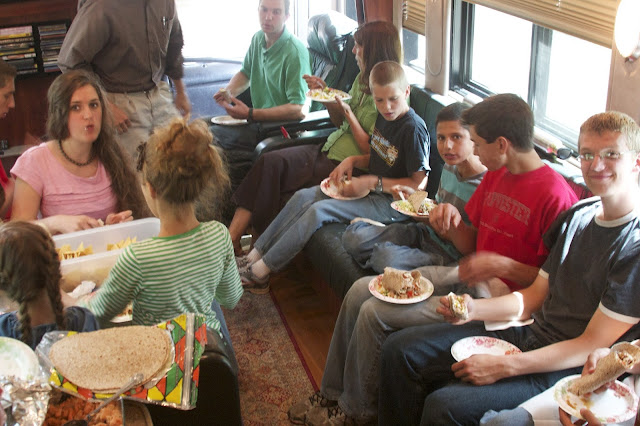 Meal times in the bus are kinda crazy, trying to get everyone squeezed in! 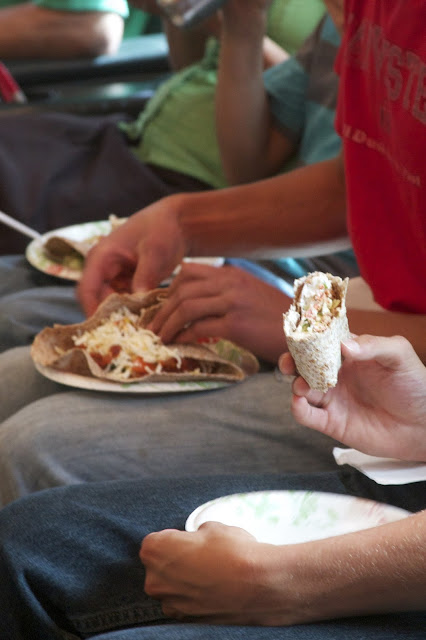 For the birthday meal, we tried a brand-new idea-
fish tacos.
They were delish. 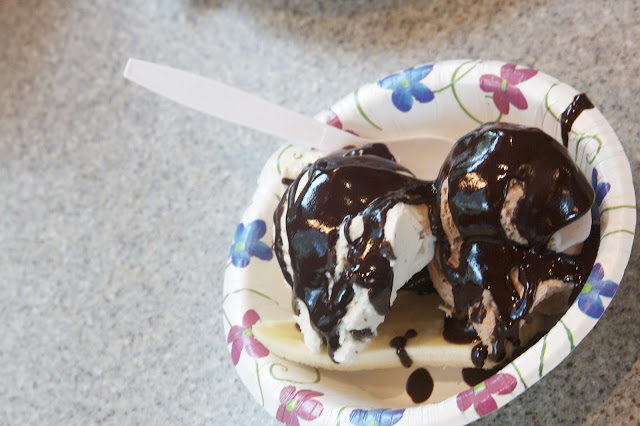 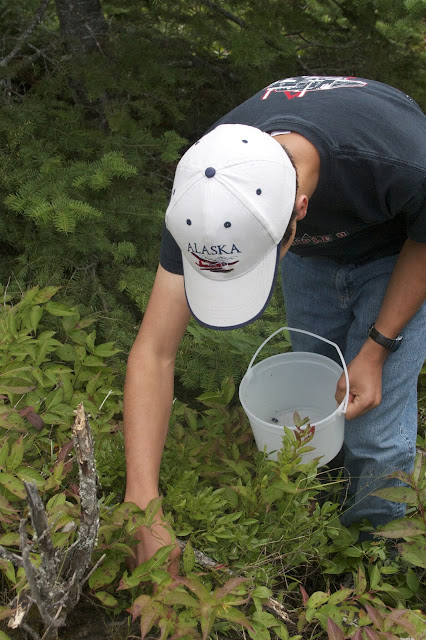 Saturday afternoon, we had a little time inbetween singing sets so our cousin took us to pick some wild blueberries in the nearby road ditch.
Wish our Iowa blueberries grew in the ditch too. =) 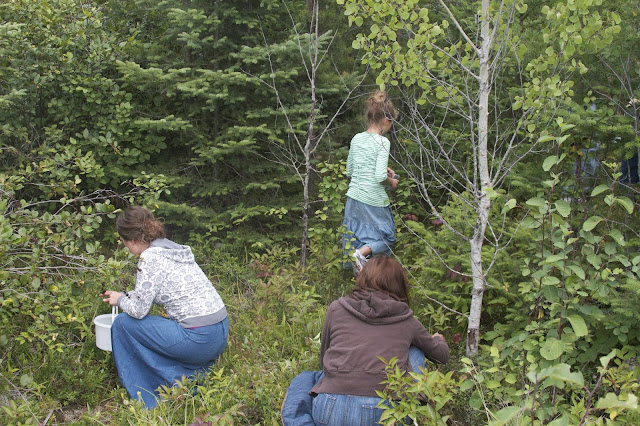 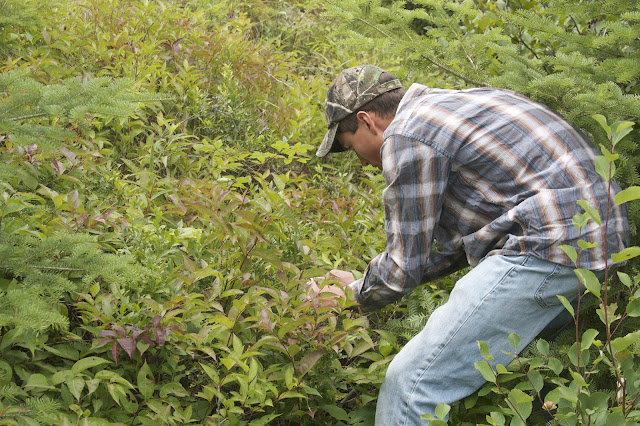 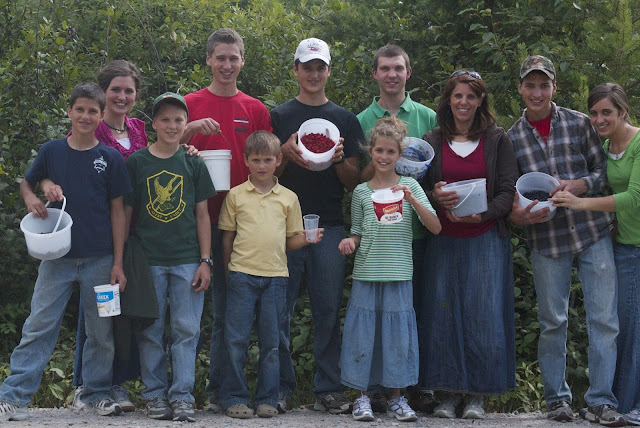 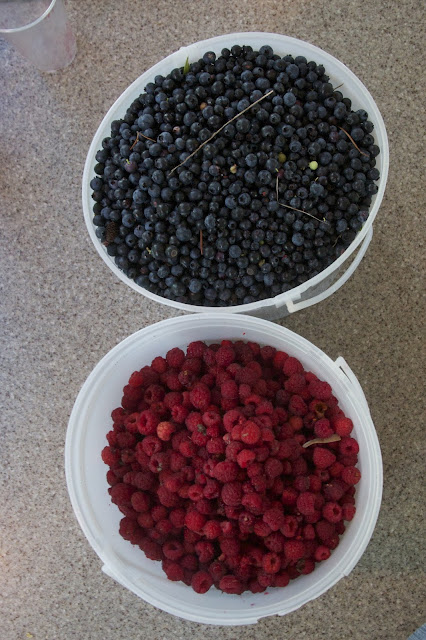 we also found some raspberries! 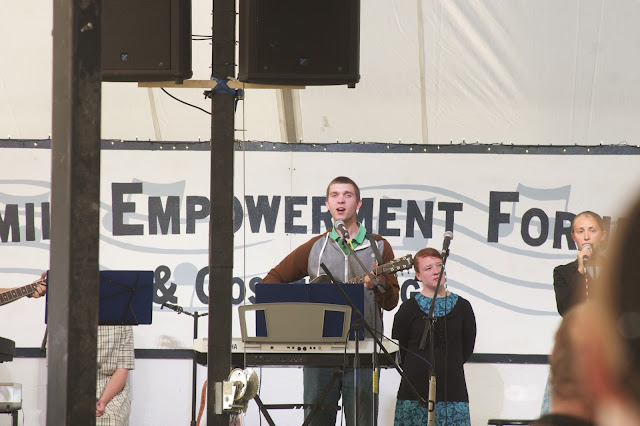 We got to hear our cousin's music group sing Saturday night. 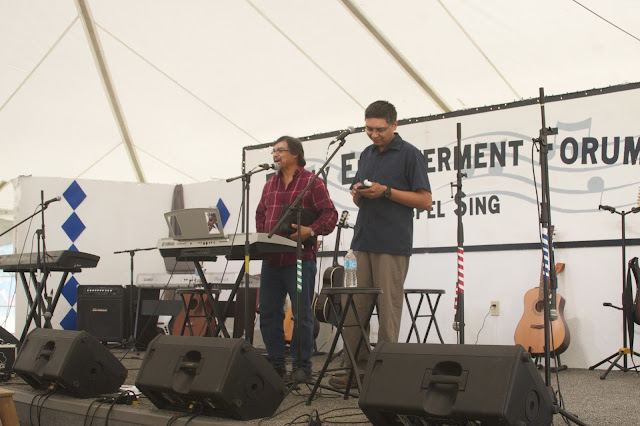 the message on Sunday morning was given by one man and then translated by another, because many of the older natives present can't understand English very well.
Its been awhile since we've been to a service where the message was translated and it was really interesting. 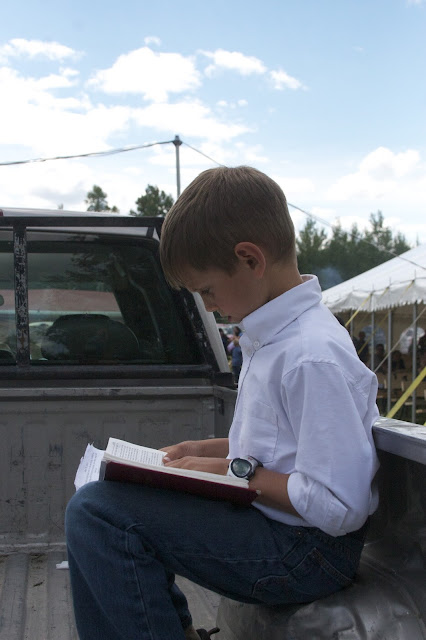 Hudson, engrossed in a book several minutes before a concert.
typical Bontrager. =)

-posted by Chelsy
Posted by Bontrager Family Singers at 7:30 AM