A sign (free-range eggs) PLUS a respectful son seeking to please his mother PLUS a mother who desires to buy quality food PLUS a 45 foot bus EQUALS a potential disaster.

This is how the following true story happened:  A family of 12 was joyfully motoring along a rather remote highway in a desolate part of the Saskatchewan countryside.  It so happened on this morning that since father was suffering from a severe backache his son was taking a turn at the wheel of the 45 foot bus.  This son does honor and respect his mother and seeks to make her happy.  So on this lovely morning, when he saw a certain sign posted along the road he saw an opportunity to please his mother (who, by the way, does like to find really good food for her family whenever possible.)  He asks mother if she would like eggs to which she replied "Yes".  He then turns around the entire bus and trailer  and heads back to the sign which is at the end of a rather long lane.  Mother feels a pit in her stomach as she sees a sharp curve in the very narrow lane.  There is no house in sight, yet.  By this time, it is too late to turn around so the son skillfully makes the turn and continues on to the house which is just around the corner.  But alas, the driveway ends in a VERY short, narrow turnaround (it was too wet to turn around on the lawn).  Mother goes to the house to purchase 10 dozen eggs though she wonders if she should get another 10 dozen to make this trip worth the time.  By the time she gets back to the bus, the gravity of the situation is sinking in.  They are at least 1 hour from any major town with no possibility of backing out and only the afore mentioned VERY narrow, short turnaround.  The mother, who feels so very responsible, asks her children to join her in praying and then singing as she remembers that God works in the midst of praise.  Her older sons and dear husband are having a rather lengthy discussion at to what their options are of getting this rig out of this bad situation.  It is decided that they will drive just past the beginning of the turnaround, unhook the trailer, and then back into the rather wet, soggy grass beside the driveway.  Does this solution sounds complicated?  It was! 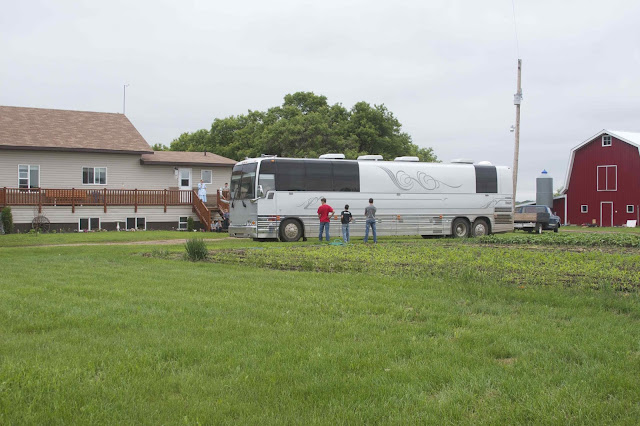 This accomplished, the father then skillfully maneuvered the bus around the corner as the family prayed, sang, and watched in breathless anticipation.  Everyone rejoiced when the bus made the corner without getting stuck in the grass along the edge of the driveway. 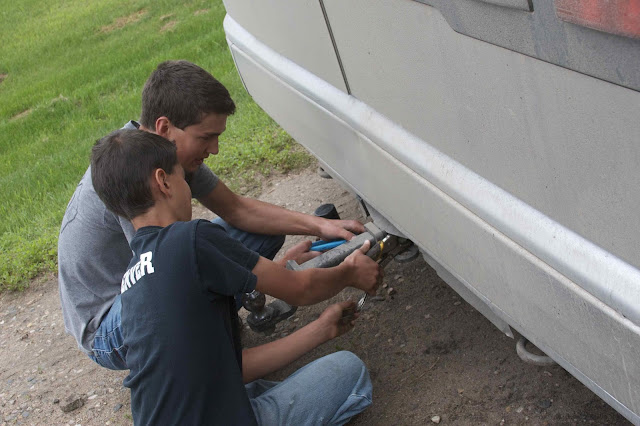 Now the muscular young men went to work taking the hitch off of the bus and putting it on the van of the kind family who sold eggs. 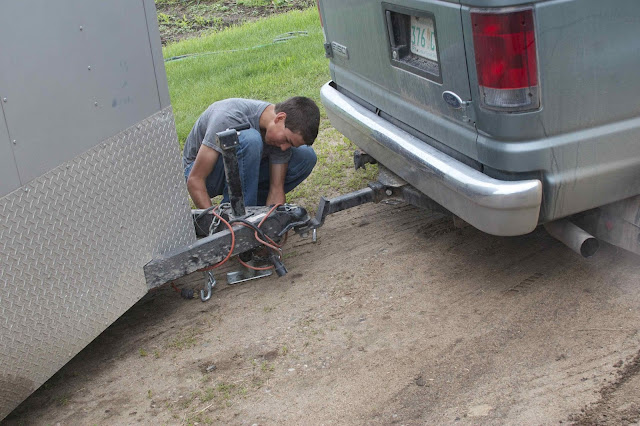 They then used the van to pull the trailer around the driveway at which point the bus backed up to the trailer, the hitch was taken off the van, it was put back on the bus, and finally the trailer hooked to the bus again. 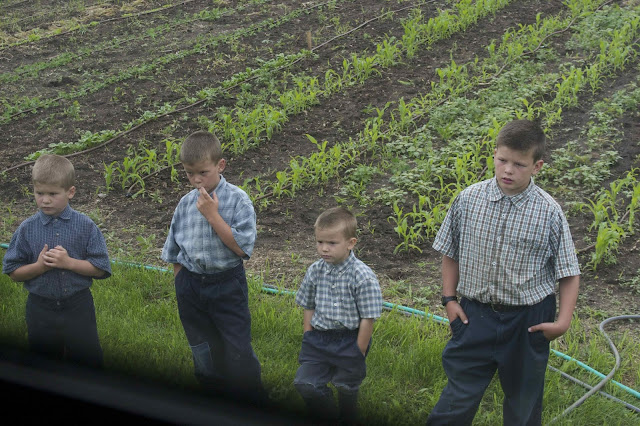 Four young boys watched nearly every minute with great interest.  The mother remarked to one of the lads that she guesses he is glad that not all of their egg customers arrive in a bus to which he replied, "I wouldn't mind!"

After 1 1/2 hours, the happy family was finally back on solid ground.  The mother rejoiced in the Lord's provision and gave Him the honor and glory for miraculously bringing their bus in and back out of this soggy, dirt driveway.
{interesting fact: in talking with this family that we bought the eggs from...we discovered that their pastor grew up in our town, and his brother is the one who did the remodel job on our house 14 years ago. small world indeed!}

"I will love thee, O Lord, my strength.  The Lord is my rock, and my fortress, and my deliverer; my God, my strength, in whom I will trust; my buckler, and the horn of my salvation, and my high tower.  I will call upon the Lord, who is worthy to be praised: so shall I be saved from mine enemies." Psalm 18:1-3


-posted by Becky
Posted by Bontrager Family Singers at 4:34 PM