There's a house going up this summer for Carson and Lina! Here are a few pictures of the process, mostly taken in May. 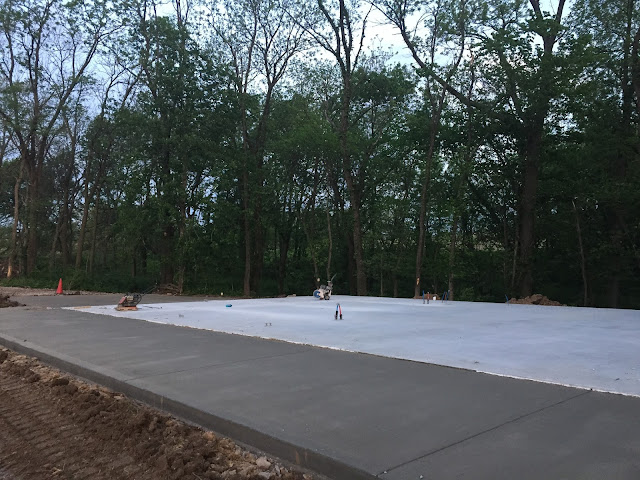 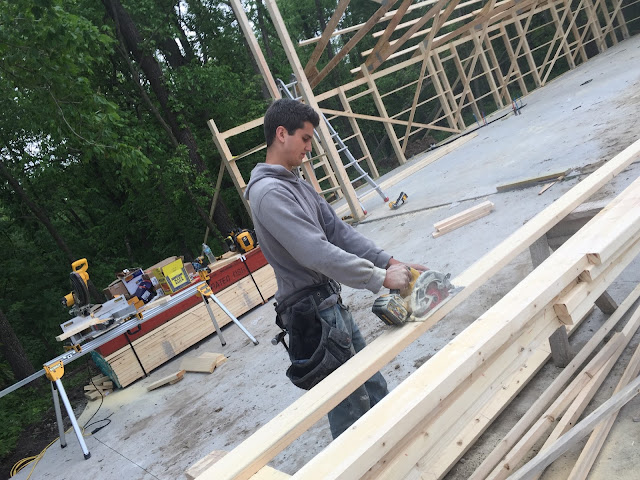 Josh
With Dad as the general contractor, all of the older boys have gotten a chance to be involved in various stages of the building. Carson, Josh, and Denver got to work with the framing crew, and Mitchell has been working with the plumbing + electrical crews. It has been great to have excellent local crews who are willing to let our guys work alongside them! 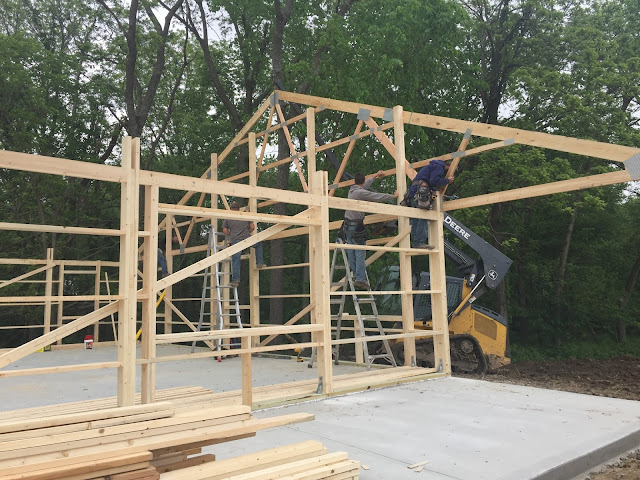 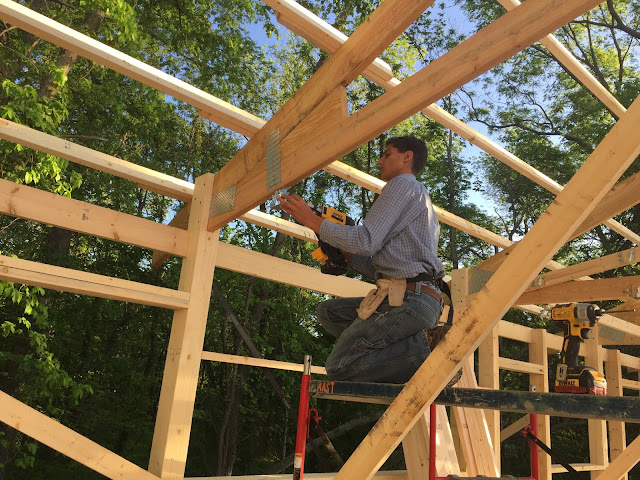 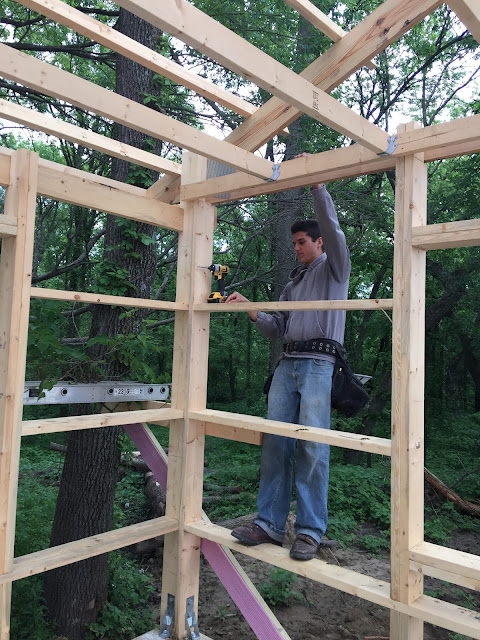 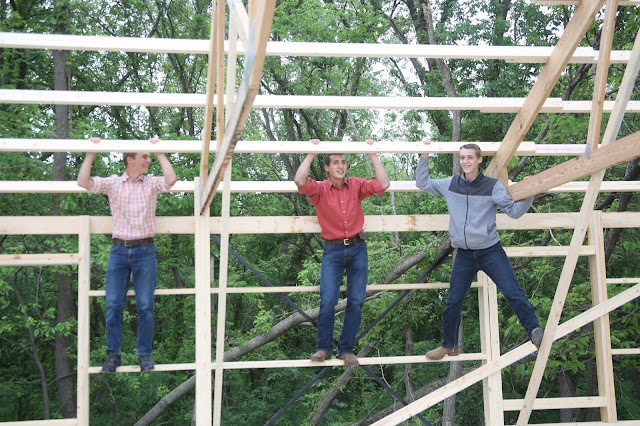 Carson, testing things out with a few of his future brother in laws. =) 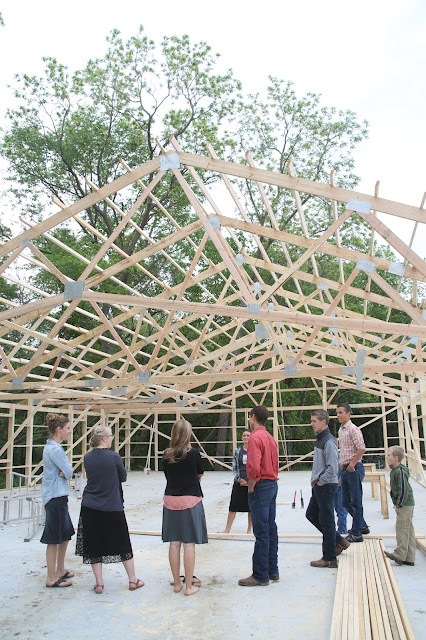 Checking out the progress with friends. 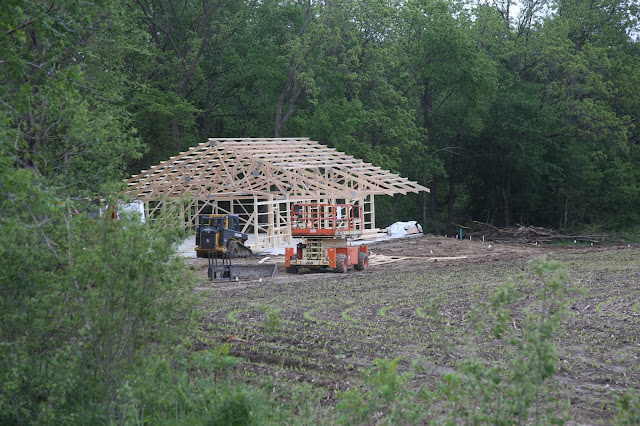 View from the lane which leads to the house.

Note: some of y'all have been asking about the details for the house. My parents have been wanting to build something a little smaller than our current house, at a beautiful location in the woods, for them to live in someday. (for those of you who have been to our campsite, this house is located right on the outskirts of that) With there still being quite a few of us at home, my parents aren't ready to downsize yet, but decided to go ahead and build now, and rent the house to one of their sons. Carson was the first one engaged and he also will be working on the farm the most (with his mechanic business location there) so he is the one who will be living in the house for at least the first few years.
Posted by Bontrager Family Singers at 5:28 PM