Of Bontragers and Campaigns..... 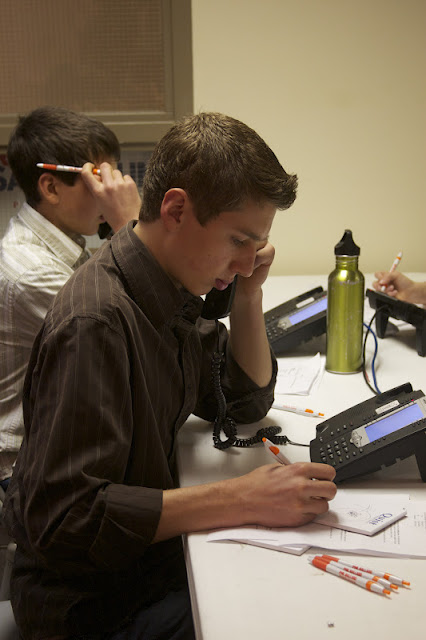 We oldest seven Bontragers spent Monday in the headquarters building in Knoxville campaigning with our friends, the Bates, for Rick Santorum. It was the first time we have been involved in a campaign like this and all of us thoroughly enjoyed it. It was a wonderful, yet exhausting experience. 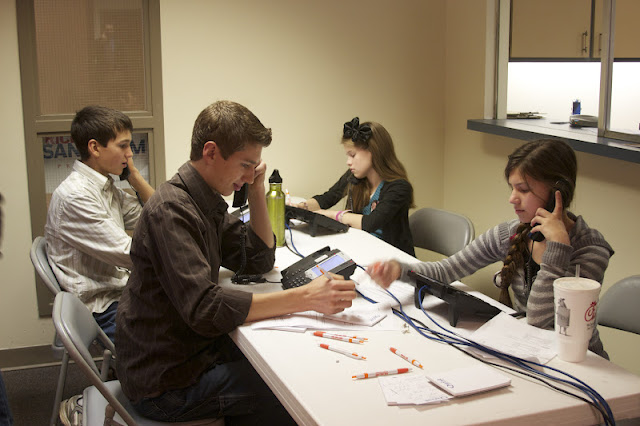 We made tons of phone calls.
Total, between us seven Bontragers, we made approx. 2,000 phone calls. 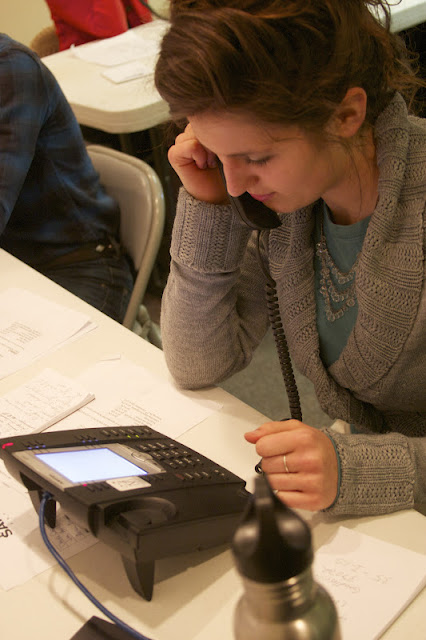 Allison made more calls than anyone else. Her total number was 760! 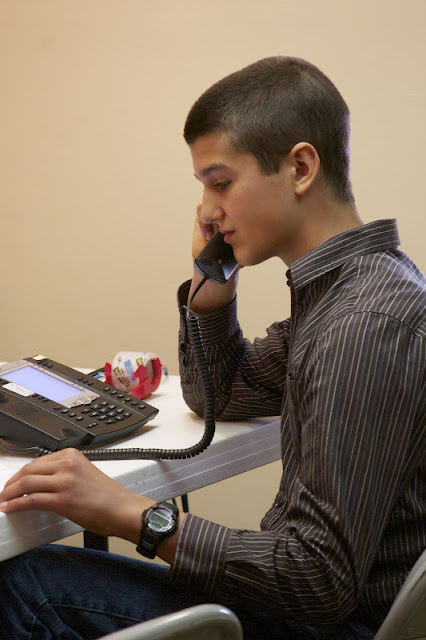 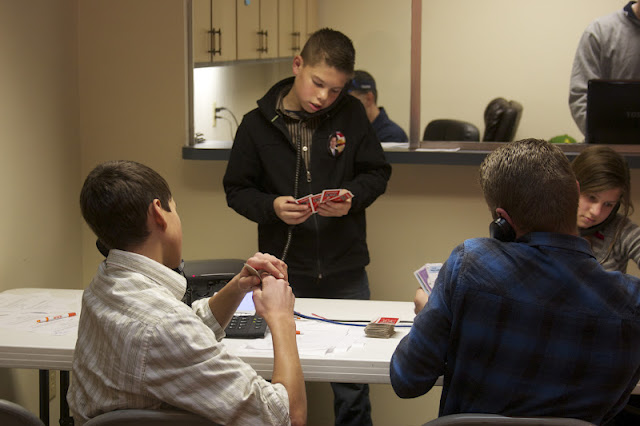 Some people played games in between calls.
Redeeming the time?
Hmmm...... 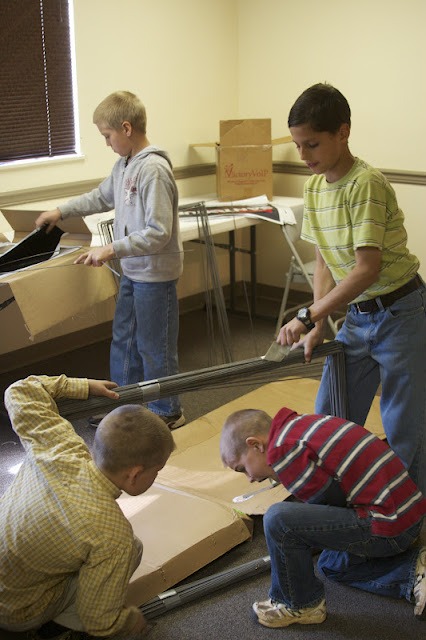 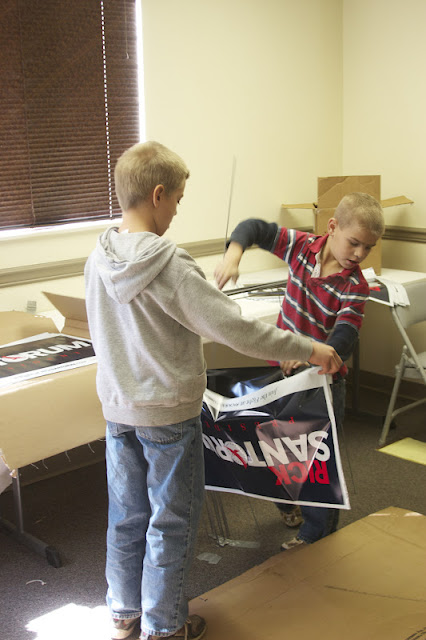 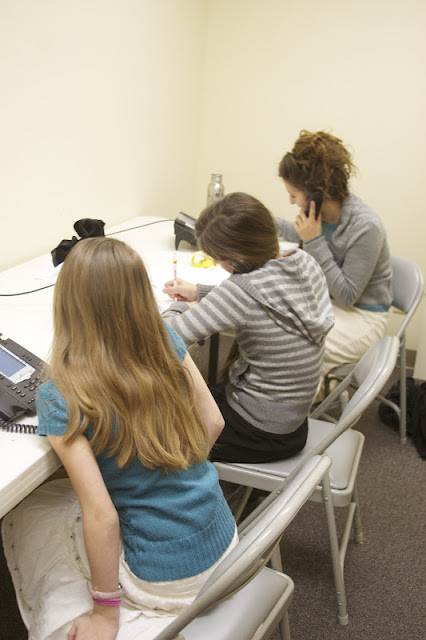 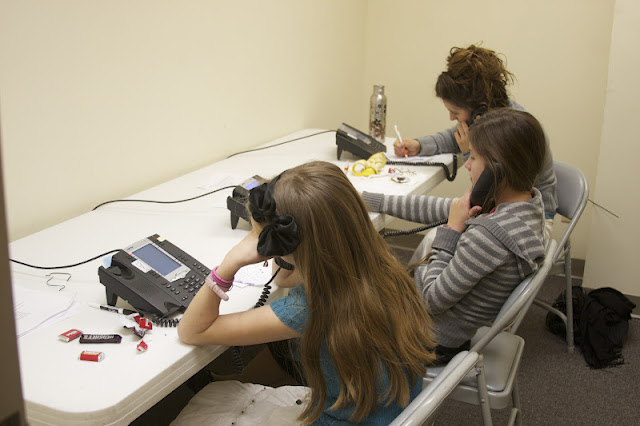 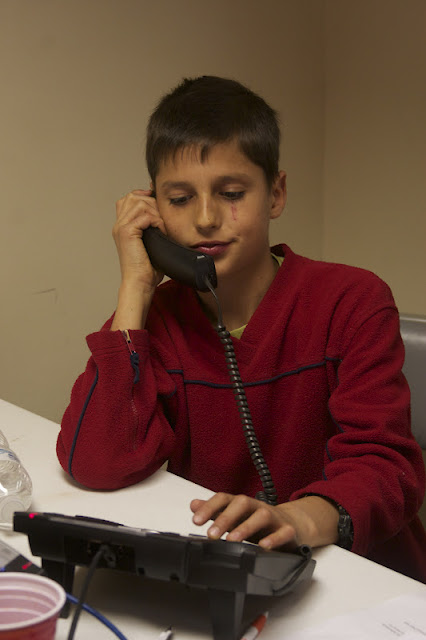 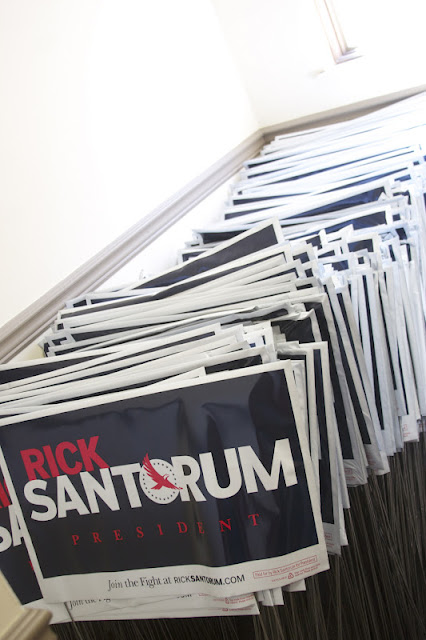 From 10pm Monday night to 5am Tuesday morning we drove all over Knoxville and surrounding counties putting Santorum signs up at the voting places. We had quiet a wild time....there is nothing quite like being out in the wee hours of the morning running around town.
We got the system down to an art!
::::::::::::::::::::
stop vehicle.
four people get out.
grab signs out of the trunk.
put up signs on the corners and various strategic places.
person driving car drives along as you run.
car stops.
four people hop back in.
and you're off to the next stop.
:::::::::::::::::
Tuesday (after about three hours of sleep) everyone headed to the polls to stand outside and convince people to vote for Santorum. 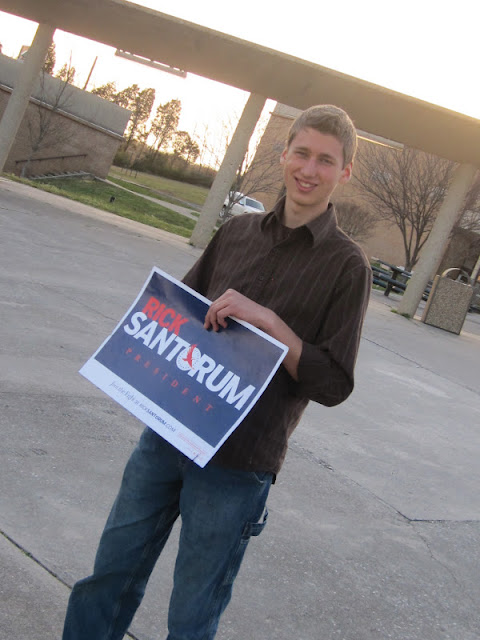 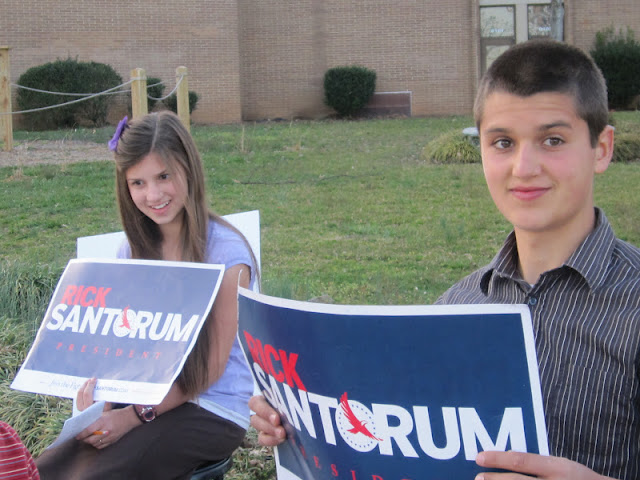 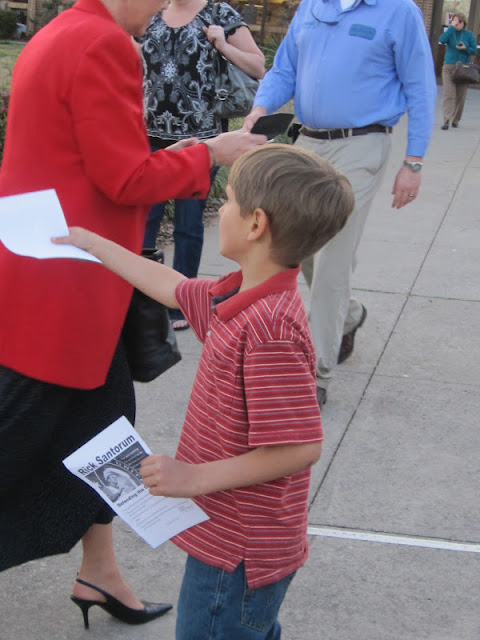 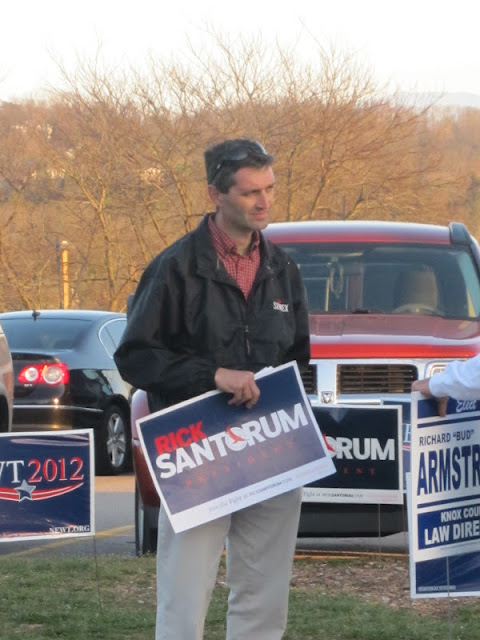 Since we had a bus, they told us to drive it to the voting places. Apparently people see a bus with Santorum signs and assume Santorum is in there.  It drew a lot of attention. =)

The guys played music on the sidewalk and everyone else stood around waiting to "nab" people.
(and convince them that Santorum was the man) 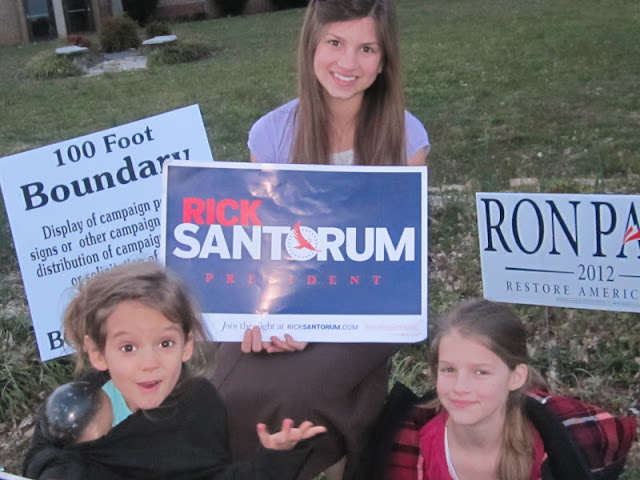 Even Rebecca got into the spirit of things. She would sit along the sidewalk holding her doll and yelling "Vote for Santorum!!!!" When people came out (after voting) she would yell, "Have a good day! God bless you!"
It was so adorable.
The Ron Paul crew told dad that we definitely had the cuteness factor in our favor. =)
Tuesday night we had a party back at headquarters and watched the results on a big screen.
We were all so excited with Santorums victory in Tennessee.
Go Santorum!!!
Posted by Bontrager Family Singers at 2:24 PM